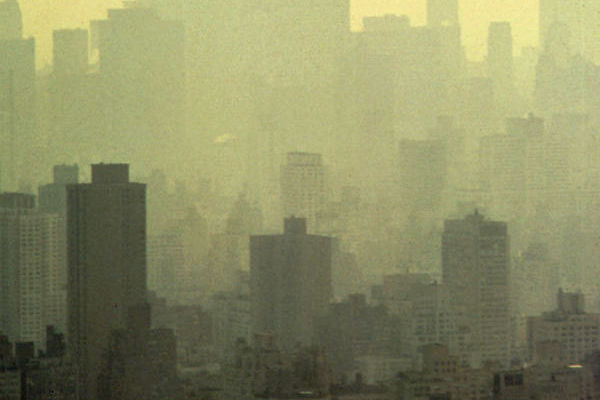 Buses owned and operated by Jofaz Transportation, Inc., 3rd Avenue Transit, Inc., and Y&M Transit Corp., Inc. repeatedly and unlawfully idled at schools, bus yards, and other locations predominantly in low-income and communities of color throughout the five boroughs, polluting the air and endangering the health of New Yorkers.

“These school bus companies have a responsibility to follow the laws that help protect the health and the safety of our communities and the environment,” said Attorney General James. “Too often, we see companies emit these dangerous pollutants in low-income communities or communities of color without consequence. In this case, it’s our Black and brown children who are suffering the impacts and experiencing record-high levels of asthma as a result. We must confront and eliminate environmental injustice in all of its forms, and I will continue to hold companies accountable for taking advantage of vulnerable communities.”

The Office of the Attorney General (OAG) previously reached an agreement with Jofaz and 3rd Avenue Transit for violating city and state idling laws, requiring the companies to comply with the laws and train all staff on anti-idling policies.

However, using data provided by Geotab, the fleet management system that the Department of Education (DOE) installed on the buses, OAG discovered that the companies continued their substantial, widespread, and persistent exceedances of idling limits at bus yards, near schools, public housing, and other locations across the city, as recently as April of this year.

For example, OAG found that between September 4, 2019, and December 31, 2019, a Jofaz school bus idled for at least 10 minutes at a bus yard in Red Hook, Brooklyn on 82 different occasions on 42 different days, indicating that the bus often idled multiple times a day at the yard.

The bus yard is in close proximity to the Red Hook Houses, which is the largest public housing development in Brooklyn with more than 6,000 residents.

The OAG also found that during that same time period, 30 different Jofaz school buses idled near P.S. K140 in Bedford-Stuyvesant, Brooklyn for at least 10 minutes each, for a total of 285 different times over 65 days. More than 90 percent of the students at P.S. K140 are Black or Latino.

According to the U.S. Environmental Protection Agency, the neighborhood surrounding P.S. K140 is in the 92nd percentile in the country for levels of diesel particulate matter and has childhood asthma rates in the 70th to 80th percentile.

In her lawsuit, Attorney General James is seeking monetary penalties and a court order requiring the companies to ensure that their drivers are complying with the laws and educating and training employees on idling laws and the health and environmental impacts of diesel pollution.

Tailpipe emissions from cars, trucks, and buses are one of the leading sources of air pollution in New York state due to the release of smog-forming pollutants, soot, toxins, and greenhouse gases. Idling is a significant — and usually unnecessary — source of these emissions, with an estimated 130,000 tons of carbon dioxide emitted in New York City each year. New York City suffers roughly 1,400 premature deaths every year — the highest death toll in the Northeast — and pays billions in health costs due to significant pollution from hundreds of thousands of vehicles that operate in the city.

Pollutants found in tailpipe emissions have been linked to numerous serious health issues including asthma, cancer, heart disease, and other serious health impacts, particularly in vulnerable populations such as children, the elderly, and those with respiratory ailments.

The vast majority of the health impacts of soot and air pollution exposure are felt in low-income communities and communities of color in New York City.

These communities have the highest truck and traffic volume and have industrial facilities, such as bus yards, located in close proximity to residential areas.

The children in the high poverty areas of Central Brooklyn, the South Bronx, and Northern Manhattan are three times more likely than children in other areas of the city to be diagnosed with asthma.

The agreement required Reliant to pay a $59,500 penalty. Reliant is no longer in operation, and if the company is ever re-established in New York City, it must enact a strict compliance program that includes extensive driver training, the adoption of a strict company anti-idling policy, the installation of automatic shut-off technology on all buses operating in the city, and the monitoring of driver compliance with idling laws.

“Environmental regulations are essential to keeping our city safe and healthy, particularly in environmental justice communities. We must create accountability and consequences for our city-contracted businesses to ensure that they’re positive contributors to our spaces,” said Brooklyn Borough President Antonio Reynoso. “Thank you to Attorney General James for bringing to our attention the violations of these three bus companies and the pollution they’re encouraging in our communities of color.”

“Attorney General James’ action provides a voice to communities of color and other under-resourced communities in determining their neighborhoods’ futures,” said State Senator Roxanne J. Persaud. “All too often, minority communities become dumping grounds for pollution and refuse from elsewhere. The attorney general’s specific attention to school buses is quite timely. I sponsored legislation to give streets in my district and New York City back to the residents who have long dealt with school buses parked in front of their homes seven nights a week. I look forward to continuing the fight for the safety and dignity of our communities with Attorney General James.”

“I applaud New York Attorney General Letitia James for further committing our state towards environmental justice,” said Assemblymember Marcela Mitaynes. “As a district, that is a majority community of color, we are on the frontlines of the environmental crisis and are already seeing its effects. Hurricane Sandy hit almost 10 years ago now, and the neighborhood of Red Hook, which is home to more than 6000 NYCHA tenants is still seeing its effects today — in the form of degraded infrastructure, gas leaks, and water main bursts. With a rise in last-mile facilities opening in working-class communities colors like ours, the Attorney General’s action is the correct step forward.”

“Communities of color have long fought for environmental justice in the face of insufferable pollution and environmental dangers because of profit, carelessness, and neglect,” said Assemblymember Stefani Zinerman. “It is great to have our attorney general take charge of holding negligent companies accountable for their misconduct. New York holds the designation of a livable and age-friendly state because we invest in our transportation infrastructure and pass laws to ensure the safety of our passengers, especially our children, the aged, and individuals with disabilities. Companies must adhere to the law and act in ways that protect the health and well-being of our state’s residents and our planet.”

“These actions from the Attorney General’s Office are key steps in New York’s fight against the twin scourges of environmental degradation and environmental racism,” said New York City Council Member Chi Ossé. “Our city, and Bed-Stuy specifically, will see real, impactful health and wellbeing benefits. I applaud Attorney General James for holding bad actors accountable and establishing a system that will deter similar polluters in our neighborhoods moving forward.”

“Idling school buses can expose children, parents, teachers, and others to harmful toxic air contaminants, particularly diesel exhaust,” said New York City Council Member Mercedes Narcisse. “We applaud New York Attorney General Letitia James for her steadfast leadership in holding these companies accountable for their negligence. We know that there is a range of adverse effects from air contaminants, and that the environmental and health disparities disproportionately impact low-income and communities of color. We thank the attorney general for continuing to hold companies accountable, keep our air clean, and implement solutions that protect the environment from harmful emissions.”

“Illegal idling dumps harmful pollution into the air we breathe, and fuels asthma, emphysema, and other lung diseases in our communities,” said Eddie Bautista, executive director, New York City Environmental Justice Alliance. “Especially hard hit are the communities that continue to bear a legacy of environmental abuse and disproportionate impact: low-income communities and communities of color. We applaud Attorney General James for taking the fight to school bus companies that ignore the law and their responsibility to protect the health of our communities.”

“Too often, environmental justice is viewed and articulated as a theory rather than exercised as a praxis rooted in key principles associated with civil rights, self-determination, and the recognition of mutual humanity,” said Anthony Karefa Rogers-Wright, director of environmental justice, New York Lawyers for the Public Interest. “Attorney General James, a proven and staunch environmental justice champion, clearly recognizes this discrepancy and is to be applauded for her efforts to ameliorate this challenge. A combination of protective measures including proactive interdiction as well as redress for environmental harms are requisite for an equitable New York where all residents have access to clean air, clean water, and a healthy environment as mandated by the state’s constitution. We commend Attorney General James for her leadership in helping to help deliver us to the destination of mutual and inexorable environmental justice for all.”

“The attorney general’s action sends a strong message to all potential offenders: Poisoning our air by idling will no longer be tolerated,” said Marco A. Carrión, executive director, El Puente. “Our communities have suffered for too long from ailments caused by high levels of pollutants, along with unenforced and often ineffective laws. We are grateful that Attorney General James is holding these bad actors accountable and providing justice for our communities.”

“It is with much gratitude and appreciation that we thank Attorney General James for her leadership in curtailing excessive school bus emissions due to idling in our communities, especially considering how these tailpipe emissions can impact the long term health of our children and families,” said Lisa Bloodgood, interim executive director, North Brooklyn Neighbors. “Accountability is necessary to ensure this behavior doesn’t continue.”

Data Analyst Anushua Choudhury of the Research and Analytics Department assisted in the matter.

The Research and Analytics Department is led by Deputy Director Megan Thorsfeldt and Director Jonathan Werberg.