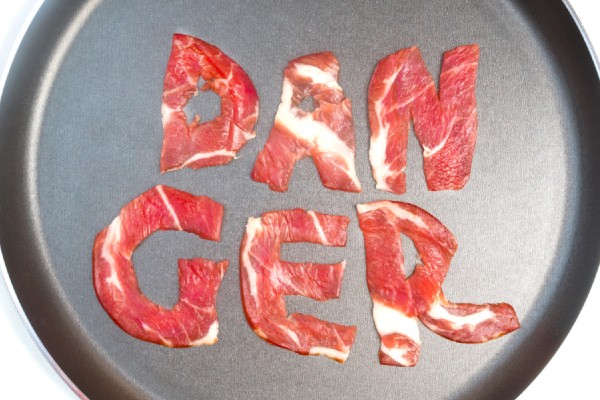 New York Attorney General Letitia James today led a coalition of 19 attorneys general from around the nation in urging the U.S. Senate’s Committee on Environment and Public Works (EPW).

This is to strengthen public health and environmental protections against “forever chemicals.”  These chemicals — a class of highly toxic chemical compounds known as poly- and per-fluoroalkyl substances (PFAS) — are widespread, persistent contaminants in the environment, including in drinking water, in New York and in many other states.

In a letter addressed to EPW leadership, the coalition argues that the serious dangers posed by PFAS, combined with the tens of millions of taxpayer dollars that coalition states are currently spending to protect residents from these dangers, is grounds for swift congressional action.

“When it comes to the health and safety of New Yorkers, every level of government must act swiftly and decisively,” said Attorney General James. “These toxic ‘forever’ chemicals endanger the wellbeing of communities across our state, and we need the U.S Senate to join the House to immediately combat this threat. We strongly urge Congress to take swift action to give our states the tools we need to address the dangers these chemicals pose to our communities.”

According to the New York State Department of Health, as of September 2021, PFAS have been detected in almost 40 percent of public drinking water supplies in the state, including 60 percent of supplies serving more than 10,000 people. Almost 120 violations of New York state’s health-based drinking water standards have been found in these public supplies.

According to the New York State Department of Health, as of September 2021, PFAS have been detected in almost 40 percent of public drinking water supplies in the state, including 60 percent of supplies serving more than 10,000 people. Almost 120 violations of New York state’s health-based drinking water standards have been found in these public supplies.

In their letter today, the coalition is urging the EPW Committee to “pass or build on” the bipartisan PFAS Action Act of 2021, passed by the U.S. House of Representatives in July.

Specifically, the letter identifies several legislative priorities of the coalition states, including:

PFAS are man-made chemicals that have been used to produce countless consumer products since the 1940s, including textiles with Scotchgard; Teflon products, including non-stick cookware; food packaging; and waterproof clothing.

Firefighting foam containing PFAS has also been used for decades by the U.S. military, airports, industrial facilities, and local fire departments. PFAS are estimated to be detectable in the blood stream of 99 percent of the U.S. population.

PFAS generally appear to be highly toxic to humans and animals, and they are extremely resistant to degradation in the environment — that is why PFAS are known as “forever chemicals.” Although scientific knowledge regarding PFAS is still developing, some PFAS are linked to serious adverse health effects in humans and animals. Exposure to the two most studied types of PFAS are associated with kidney and testicular cancer, thyroid disease, liver damage, immune system effects, and other conditions.

In addition to today’s action, Attorney General James is actively litigating lawsuits against 3M and other makers of PFAS-containing firefighting foam products for the contamination caused by the use of their products and the creation of a public nuisance. The lawsuit seeks to recover at least $51 million in costs incurred by the state in connection with the cleanup of dangerous chemicals, the provision of alternate drinking water sources, and other actions.

This matter is being handled by Assistant Attorneys General Matthew J. Sinkman and Philip Bein, and Policy Advisor Peter C. Washburn, of the Environmental Protection Bureau, which is led by Bureau Chief Lemuel M. Srolovic. The Environmental Protection Bureau is a part of the Division for Social Justice, which is led by Chief Deputy Attorney General Meghan Faux and overseen by First Deputy Attorney General Jennifer Levy.