Indicted for repeatedly filing false asbestos inspection reports, putting the health and safety of workers and New York City residents at risk. A joint investigation conducted by the Office of the Attorney General (OAG) and the DOI found that over several years, the defendants — who were independent contractors certified by the New York state Department of Labor (DOL) and the New York City Department of Environmental Protection (DEP) — submitted fraudulent reports for inspections that took place on days when they were out of the state and country.

The defendants — Valentino Buono (50), Jeff Ezulike (48), Russell Goss (42), and Kostas Kamberis (54) — were arraigned before Supreme Court Judge Toni Cimino in Queens County on a total of 19 counts, including Offering a False Instrument for Filing in the First Degree, a Class E Felony, which carries a maximum jail sentence of up to four years.

“By filing these blatantly false health and safety reports, the defendants violated the public trust, as well as the law,” said Attorney General James. “These individuals failed to do their jobs to properly inspect sites for asbestos, putting the health of New Yorkers at risk, while exploiting the state and the system. No matter how big or small, we will continue to root out corruption at every level. I thank the DOI for its commitment to this cause.”

“Filing fraudulent asbestos reports with New York City is a crime and, as these charges show, can also threaten New Yorkers’ health and safety,” said DOI Commissioner Garnett. “The reason the city requires certified asbestos inspectors to file reports with the city is to confirm that dangerous asbestos is identified and abated correctly. The DEP reported allegations of potential fraudulent filings to DOI and we worked hand-in-hand with the state attorney general to uncover this charged illegal conduct. This kind of collaboration within the city and with our law enforcement partners is crucial in holding accountable those who seek to defraud New York City.”

Asbestos is a naturally occurring mineral that is hazardous to human health and is known to cause a type of cancer known as mesothelioma. The DOL authorizes CAIs to conduct field inspections of residential and commercial sites to determine if dangerous asbestos is present, where it is located, and how much there is. Upon conducting their inspections, CAIs are required to file an Asbestos Assessment Report with the DEP. The report requires the inspector to certify that the inspection took place at the location, date, and time listed on the report, and whether asbestos was present. Asbestos survey records must accurately reflect the site conditions at the time of investigation.

In February 2020, the OAG and the DOI began the investigation following the DEP identifying and reporting potentially fraudulent filings to the DOI. The investigation uncovered the fraudulent reports by comparing inspection dates to domestic and international travel dates recorded by U.S. Customs and Border Protection. The OAG and the DOI then reviewed airline records, such as ticket purchases and boarding documentation, as well as bank records, to confirm the discrepancies. On days that the defendants claimed to have inspected sites throughout the city for asbestos, Buono was actually in Mexico, Ezulike was in Nigeria and Texas, Kamberis was in Italy and Greece, and Goss was in Bermuda, Denmark, Puerto Rico, and Italy.

The charges are merely accusations and the defendants are presumed innocent unless and until proven guilty in a court of law.

“Our mission is to protect the health and safety of all New Yorkers, and we have zero tolerance for those who jeopardize others and put them at risk,” said New York state Department of Labor Commissioner Roberta Reardon.“We are fortunate to have law enforcement partners like the Office of the New York Attorney General and the New York City Department of Investigation to help us reinforce those protections. I commend them for their efforts to upholding the safety of all New Yorkers.”

“Rigorous enforcement of New York’s asbestos rules is absolutely necessary to protect both the public health and the safety of workers,” said New York City Department of Environmental Protection Commissioner Vincent Sapienza. “Our enforcement team first identified these four individuals and brought them to the attention of our law enforcement partners, and we thank them for this successful indictment.”

The criminal case is being prosecuted by Assistant Attorneys General Russell Satin and Aida Vernon, of the OAG’s Public Integrity Bureau, under the supervision of Bureau Chief Gerard Murphy. Additional investigative support was provided by Legal Support Analyst Crystal Bisbano. The Public Integrity Bureau is a part of the Division for Criminal Justice, which is led by Chief Deputy Attorney General José Maldonado and is overseen by First Deputy Attorney General Jennifer Levy. 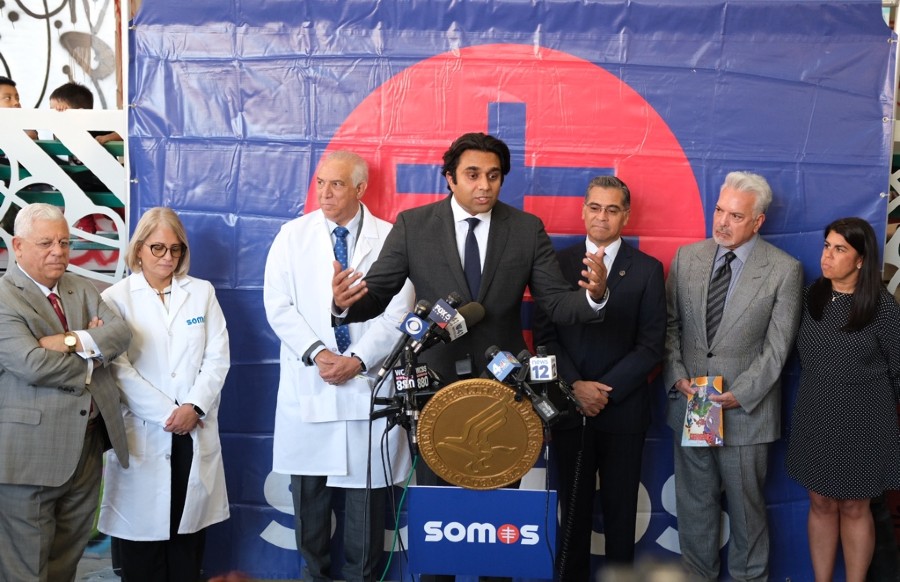