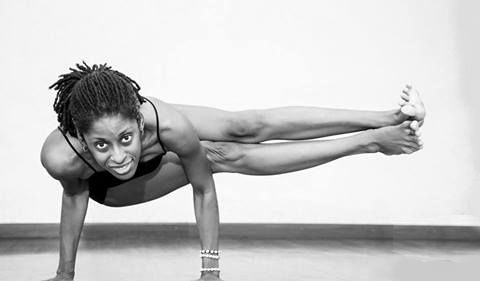 Recent studies have touted yoga for its mental and physical health benefits, and now researchers from the American Academy of Neurology have explored how the practice can benefit migraine sufferers.

According to a new study, incorporating yoga into an existing migraine treatment could help reduce the severity and duration of symptoms. The researchers learned that practicing yoga can be beneficial for long-term migraine care, as headaches can be less painful and not occur as frequently.

“Migraine is one of the most common headache disorders, but only about half the people taking medication for it get real relief,” said researcher Dr. Rohit Bhatia. “The good news is that practicing something as simple and accessible as yoga may help much more than medications alone. And all you need is a mat.”

To understand the effect that yoga can have on migraines, the researchers had over 100 migraine sufferers involved in the study.

The participants were divided into two groups: one group strictly took medication to treat their headaches while the other group was aided by a combination of yoga and medication. Over the duration of the study, all participants tracked their migraines in detail, including how frequently they occurred, how long they lasted, and how intense the pain was.

While the researchers want to do more long-term work on the effects of yoga on migraine care, they encourage those struggling with headaches to consider incorporating yoga into their routines.

“Our results show that yoga can reduce not just the pain, but also the treatment cost of migraines,” said Dr. Bhatia. “That can be a real game changer, especially for people who struggle to afford their medication. Medications are usually prescribed first, and can be expensive.”