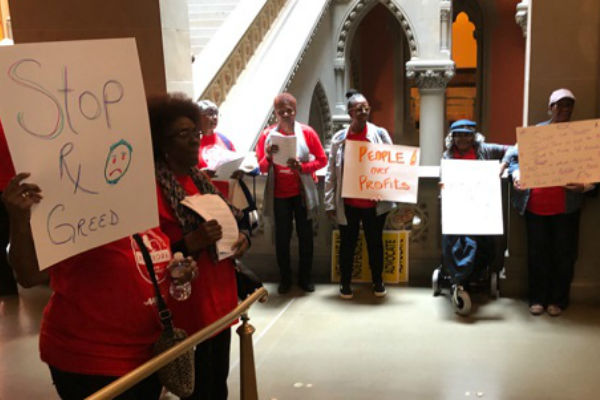 Reggie Nance, AARP Associate State Director for Multicultural Outreach, to talk to us about the fact that Harlem residents pay some of the highest utility bills in the nation, yet unlike most states, New York lacks an independent utility consumer advocate with the power to challenge unfair rate hikes in court. Americans already pay the highest brand-name drug prices in the world – prices that ballooned four times the rate of inflation from 2006 to 2017. Nationally, 46% of African Americans did not fill a prescription, according to an AARP study. The Canadian government estimates that U.S. consumers pay twice as much as Canadians for patented prescription drugs and 20 percent more for generics – and in some cases drugs sell for 10 times as much in the United States than in Canada. Consumers are forced to wait an average of 17 months for cheaper generics because of “pay to delay” deals, and health plans can increase drug costs in the middle of a contract year. Utility consumers and New Yorkers who rely on prescription medications need relief!