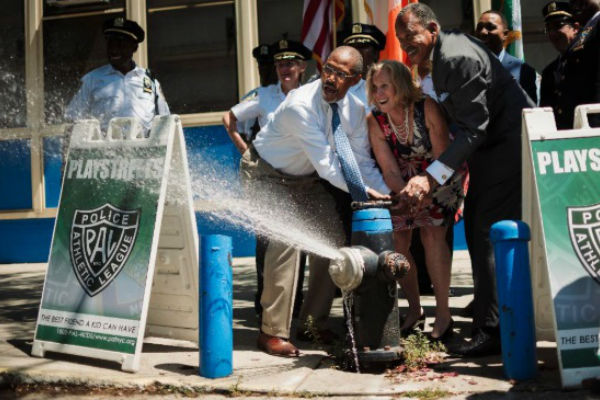 On July 10, 2018, hundreds of boys and girls celebrated at the Police Athletic League’s (PAL) Harlem Center, located at 441 Manhattan Avenue, in a kick off of PAL’s Summer Programs that take place throughout the city. Youngsters enjoyed summertime fun and games, including rock climbing, nok hockey, tug-of-war, arts and crafts, sports and more. 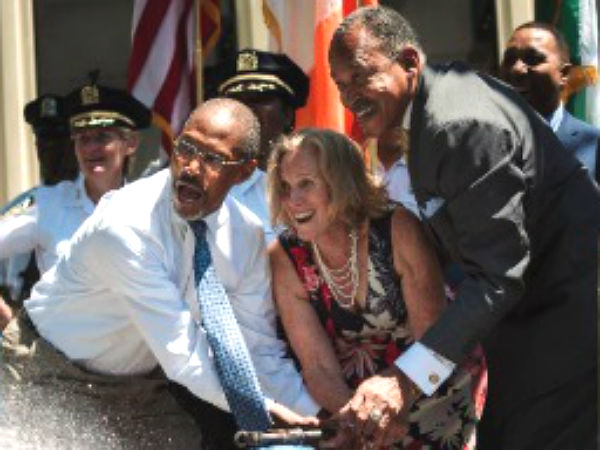 “I’m excited for the part where you go outside and play nok hockey,” said Kenned, 11, of PAL’s Polo Grounds Cornerstone Center. A fellow PAL youngster, Kiroto, 10, from the William J. Duncan Center, said that he was “excited to play the games and have fun with PAL officers.” 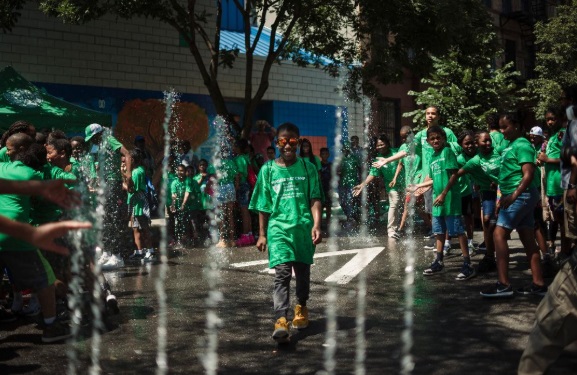 PAL summer programs take place throughout the five boroughs, providing Playstreets, sports leagues, including Cops & Kids teams and summer day camps. “This celebration served as a showcase for all the amazing activities PAL offers to New York City kids during the summer, including a wide range of field trips to explore new neighborhoods and experience different adventures,” said Frederick Watts, Executive Director, Police Athletic League. “We also want to take this opportunity to salute Robert Morgenthau, Chairman of the Police Athletic League, for his extraordinary commitment to PAL.”