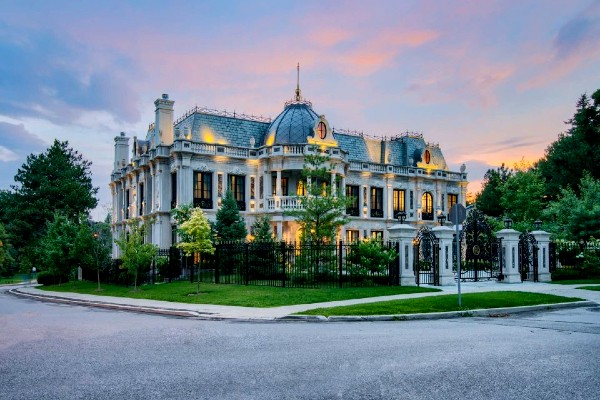 The spectacular mansion in Canada where the Rose family lived, before they were swindled out of their fortune and had to move into a rundown motel in Schitt’s Creek.

The motel is for sale and featured this week at TopTenRealEstateDeals.com.

Critically acclaimed Canadian television series Schitt’s Creek follows the drama of the wealthy Rose family, who are forced to move from their opulent mansion into a rundown motel in Schitt’s Creek, Canada after they are swindled out of their fortune. The fictional small town was named after its founder, Horace Schitt.

A huge television hit, the father-son writing team of Eugene and Dan Levy also played father and son on the series, which received nine Emmy awards during its run, including Outstanding Comedy Series, as well as two Golden Globes, a SAG award, and numerous Canadian Screen Awards.

The 17th-century, French-inspired mansion in Toronto’s St. Andrews-Windfields neighborhood known as “La Belle Maison” provided the setting for the Roses’ lavish lifestyle before their financial ruin. Built in 2012, the elegant European-styled chateau has been listed for sale at $21.888 million CDN.

The fourteen-bed, sixteen-bath, 24,000-square-foot home sits on half an acre of landscaped grounds that include gardens, classical sculptures, bronze-and-stone fountains, a saltwater swimming pool and a heated stone driveway with space for fourteen cars.

Nestled behind wrought-iron gates with gold accents and marble pillars, the four-story estate is designed to impress, blending modern luxury with European artisanship. The double-arched entryway opens onto a spectacular tribute to the Sistine Chapel, which serves as the residence’s foyer with domed ceilings, stained glass, intricate motifs, a marble staircase and Michelangelo-inspired frescos. 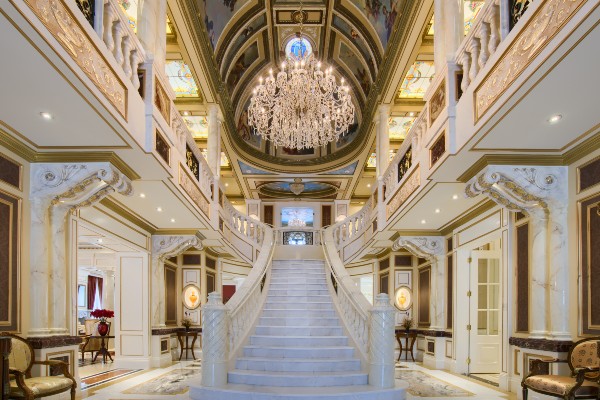 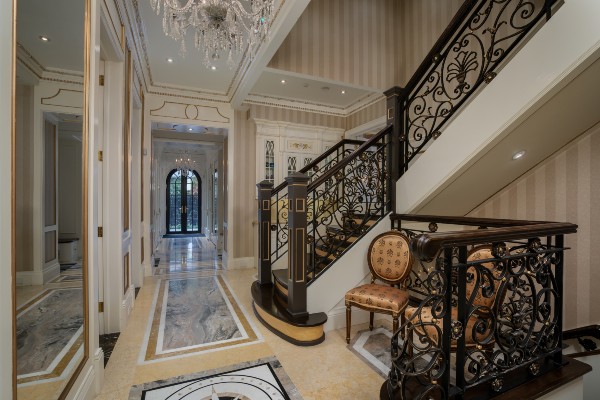 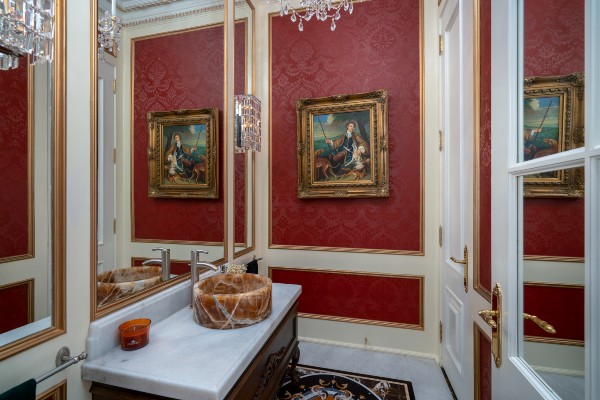 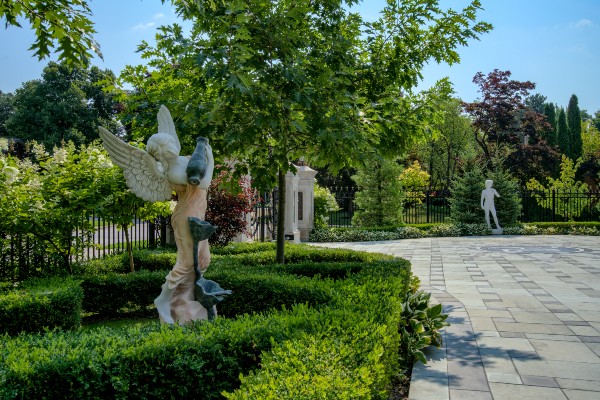 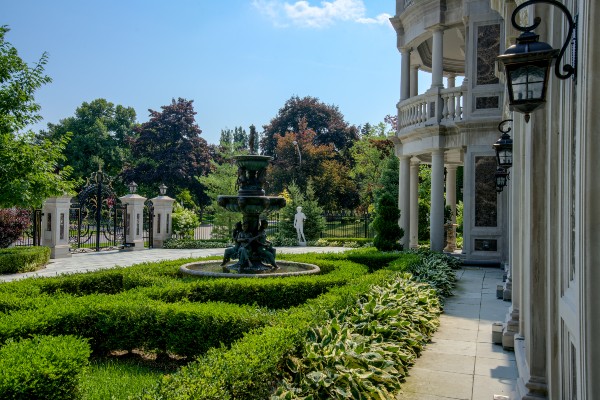 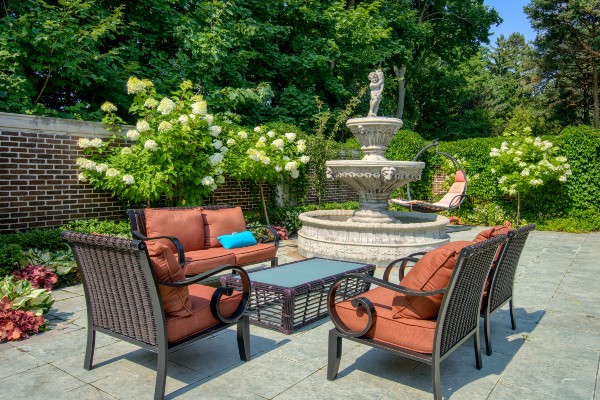 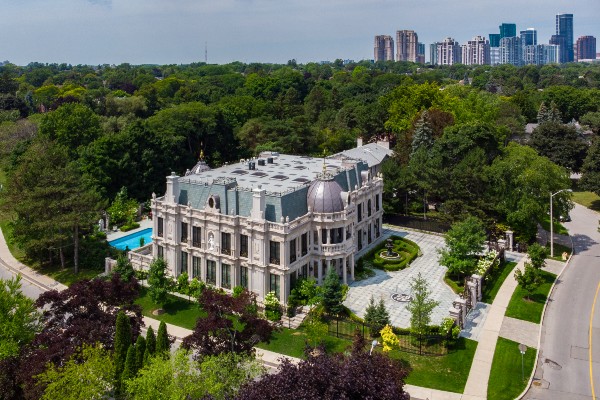 La Belle Maison’s grand scale doesn’t stop there. Perfect for weddings or large gatherings, a custom-designed banquet hall with patterned marble-and-granite floors, a bold blue-and-gold theme, and a mirror-walled dance floor provides space for up to 150 guests. The formal dining room is a showpiece of its own with marble floors and cherubs cavorting across the ceiling frescos. It seats 24, while the expansive stone patio offers plenty of space for lounging poolside.

A professional chef’s kitchen includes the latest in top-of-the-line appliances and opens onto its own private patio. The family room features a large aquarium as well as a custom-carved marble fireplace. An indoor pool, a home theatre with seating for eight, a wine cellar, a billiards room and a four-story elevator are just a few of the amenities included in the sprawling manor. Gold, marble, crystal chandeliers and custom artwork feature throughout, with every room unique. Designer Van Lapoyan spared no expense in creating a timeless masterpiece.

Toronto’s St Andrews-Windfields community is named for the former racehorse farm belonging to philanthropist E.P. Taylor (breeder of Kentucky Derby-winner and super-sire Northern Dancer), which is now the neighborhood’s Windfields Park. Known for its mansions and luxury condos as well as biking and walking trails, St Andrews-Windfields provides a tranquil alternative to the bustle of downtown Toronto while still being close enough to commute. Entertainment options include the Don Valley Golf Club, the Durdy Bayramov Art Foundation Gallery, and the Toronto Botanical Gardens.