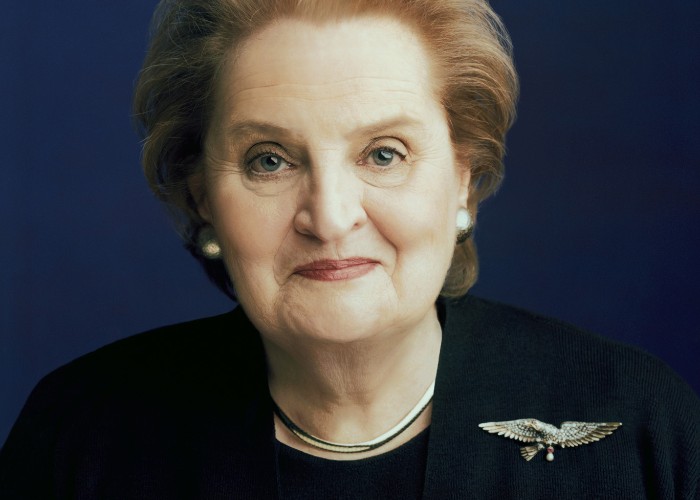 “It is with sorrow that we learn of the passing of former U.S. Secretary of State Madeleine Albright, an outspoken champion of peace and international human rights.

“Secretary Albright, who immigrated with her family to the United States in 1948 after a Communist coup in Czechoslovakia, paved the way for women in high-ranking positions in U.S. politics, serving as our country’s permanent representative to the United Nations and its first female secretary of state.

“As America’s top diplomat, she was a fierce advocate of the two-state solution and took an unambiguous stand against terrorism. ‘It can never be justified,’ she said. ‘It is the instrument of cowards. It kills the innocent not by accident, but by design. And its design in the Middle East is to murder the peace process by shredding security and destroying the hope for peace.’

“She was also a stalwart ally in the international efforts on behalf of Holocaust survivors. Addressing the opening ceremony of the December 1998 Washington Conference on Holocaust-Era Assets, she declared, ‘Our goal must be justice, even though justice in this searing context is a highly relative term. We know well our inability to provide true justice to Holocaust victims.

We cannot restore life nor rewrite history. But we can make the ledger slightly less out of balance by devoting our time, energy, and resources to the search for answers, the return of the property, and the payment of just claims.’

“On behalf of the more than 100 Jewish communities affiliated with the World Jewish Congress, we extend our heartfelt condolences to the entire Albright family. May her memory be a blessing and may she continue to inspire future generations.”