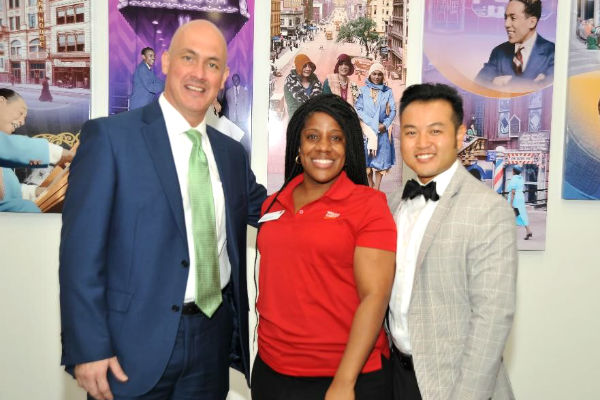 On Wednesday, September 18th, 2019 Wells Fargo Bank, N.A. (“Wells Fargo”) opened its second branch office in Harlem at 286 Lenox Avenue in between 125th and 124th Street, in the ground floor space that the Lenox Lounge used to occupy. There is a mural with five different panels on it that depicts different parts of Harlem’s rich past on it, including one of the Lenox Lounge. The bank’s grand opening program ran the entire day from 8 am to 6 pm and the bank’s employees came out in great numbers that day. I spoke with Ryan Dang Hong – Field Support Leader for New York who plans the bank’s grand opening programs and he referred to it as an open house because they were inviting the community to come in and meet their dedicated bankers who live and work in the community. 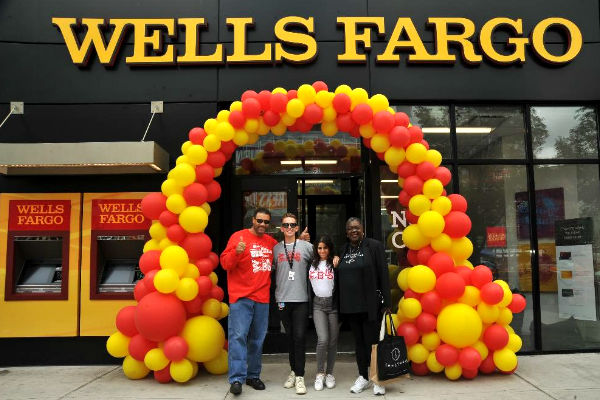 What a grand opening program, just check out the events that took place over the course of the day:

I met the branch manager, Kamela Irving, who is no stranger to working in the banking industry in Harlem having previously worked at another commercial bank in Harlem and Matt Garvey, RB District Manager. Matt ‘s district includes the two branches in Harlem and stated the bank opened up the second branch because they needed more branches to serve the community. Several of the team members hired to live and work in Harlem. Several bank employees from the other Harlem branch office located at 117th Street and Lenox Avenue were on hand to assist their co-workers in any way that they could. 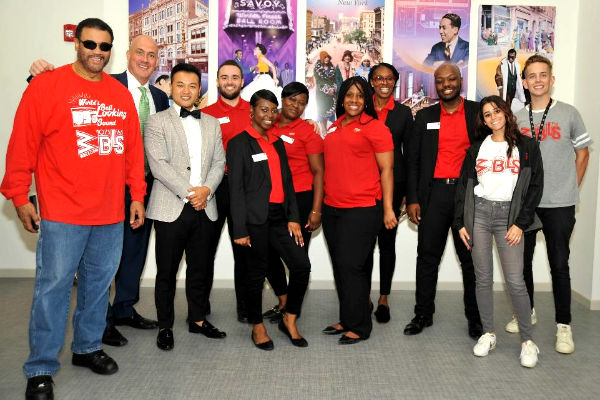 Ryan Dang Hong stated Wells Fargo wanted to make the opening as local as possible and to do so they enlisted a jazz trio from Manhattan School of Music to play music of local jazz greats that had previously appeared at the Lenox Lounge. Dr. Bob Lee from WBLS and his crew members Jack Dasilva and Julie Wollenberg) were outside as well as inside the bank playing music and encouraging residents walking by to come on into the bank and check out banking services offered by Wells Fargo. Local artist Ronald Draper guided high school students to create their own vision boards to visualize their hopes and dreams. Earlier in the day elementary and middle schools stopped by and made greeting cards for kids with cancer in recognition of Children Cancer Awareness Month. The cards were sent to two area hospitals. On 122nd Street they provided Project Harmony with a grant to beautify gardens that grow produce for residents.

If WBLS’s music offerings didn’t get you moving then people could learn to swing dance with the Harlem Swing Dance Society or enjoy samba music from the Fresh Youth Initiatives. How about checking out the fashion show put on by Harlem Underground; I personally own some of their unique apparel. 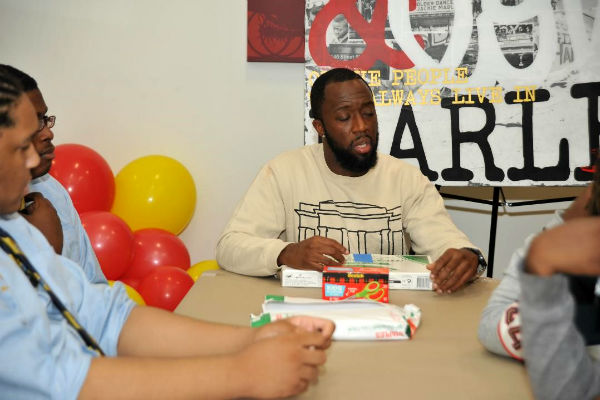 Someone can open an account with the bank with $25.00 and begin to save money on a regular basis and watch their balance grow over the course of time. This starts small think big strategy ties into the bank’s slogan, “Together we’ll go far.” When asked about any special bank accounts Ryan spoke of high school to college accounts that high school students can set up as well as savings for minors accounts that parents can come in to set up. Special rates apply for seniors for savings accounts and certificates of deposits (“CDs”).

For American military personnel that becomes customers the bank will waive the fees charged by overseas banks when they take funds out of their Wells Fargo account. The bank is keen on hiring veterans through the veteran’s apprenticeship program and has a goal of hiring 20,000 by 2020; they have already hired 3 veterans in NY. The program allows vets to learn about all job families at the bank and at the end of the program they will be placed in leadership roles because they believe they will make great managers.

Going forward the bank employees will be involved in volunteer projects within the community such as running financial literacy workshops by partnering with local organizations such as schools and churches. The new branch is open six days a week; Monday through Friday from 9 am to 6 pm and Saturdays from 9 am to 3 pm. There was something at this grand opening for everyone and what a wonderful day it was for all.