Why Harlem Is The Perfect Spot For Runners 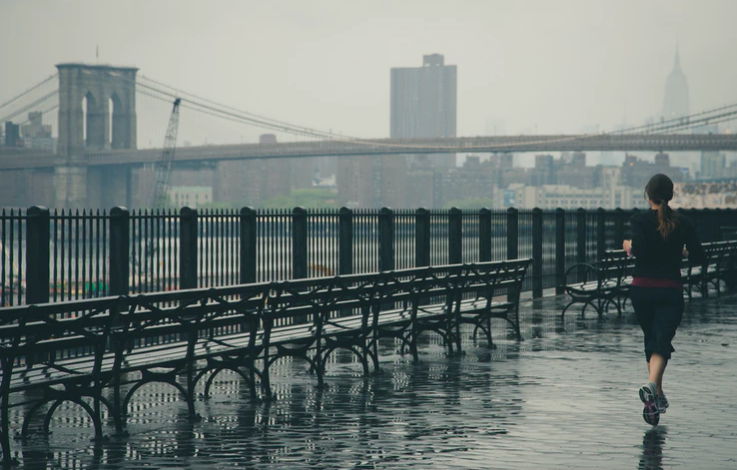 The key to a good run is to keep yourself so interested in your surroundings that you forget that you’re running!

Running is hard work, and if you focus too hard on that you’re going to find it a lot more difficult than if you can just let go and enjoy the scenery. Running can also be quite a lonely activity if you’re running alone, mile after mile, and a sense of community and camaraderie can keep you moving even when you want to give up. Harlem has both amazing scenery and a strong feeling of community, perfect for clocking up some fantastic runs.

Harlem Run is a group of runners composed of people who are passionate about both running and their community. The group was started in 2013 by Alison Désir after she finished her first marathon in San Diego. She returned home to Harlem wanting to find some running buddies, and the group quickly grew from there!

The members of Harlem Run take pride not only in their community, but in being diverse and inclusive, welcoming runners of all sizes, ages, and abilities. Each run begins with participants standing in a circle answering ice breaker questions, and then the captains split runners into different pace groups. After the workout, everyone cools down together and beginners have the opportunity to ask questions and get advice. The whole point is that it’s inclusive, so it’s free to join, and you can come as you are not having to know anything about running.

The community feeling in Harlem is apparent on these runs, as often children will join in midway for part of the route, and business owners will offer participants a space to socialize in after they have finished their workout.

For example, if you have a bad knee and you are concerned about the impact that running on asphalt might have, then you can center your run around Marcus Garvey Park and keep it short. Runners with existing knee conditions such as osteoarthritis don’t necessarily need to stop running, provided they follow the advice of their doctor and their own common sense in designing their routes and how long they work out for. In fact, bioXcellerator suggests gentle exercise as one alternative to knee replacement, as using the knee gently enables it to heal rather than stiffen from becoming idle.

If you aren’t sure of which running routes to take, check out these suggestions from Alison Désir for routes that will take you all over Harlem, allowing you to explore the rich cultural and historical heritage that is showcased throughout the neighborhood. She has suggested routes ranging from a mile up to five miles, and you can even join a couple of the routes together if you’re feeling particularly adventurous!

In particular, check out the Jumel Terrace run, which takes you past the historic Morris-Jumel mansion which was occupied by George Washington during the revolutionary war. While you’re there, take in a museum tour or some of the free music often hosted on the lawn.