Where Is The Capital Of Cricket? 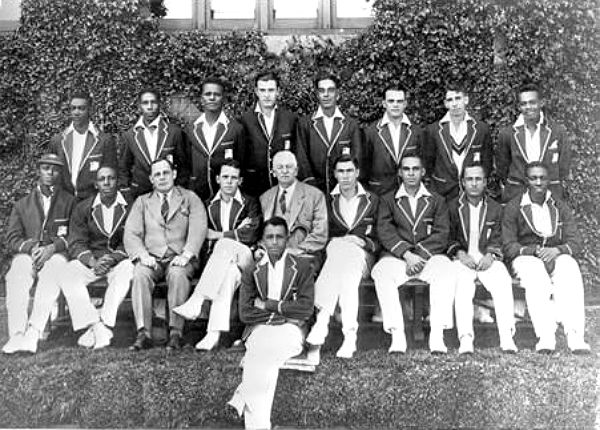 Harlem has deep roots in Cricket, with international cricketer and Harlemite Samuel Gamble Bayne and traveling the world to play.

Is London a cricket capital?

It certainly was in the past, but now, it becomes more difficult to answer this question. Cricket has truly become a global and international game, which makes it difficult to choose the capital of the game. Still, some cities can be acclaimed as global centers of cricket.

Visiting different portals on cricket, such as Stumped, it is obvious that important matches and tournaments take place in different parts of the world. However, historically, there can be no doubt that London was a cricket capital. This is due to the origins of the game: cricket firstly appeared in Southeast England.

Naturally, London was widely recognized as a large economic, cultural, and sports center of this region. Hence, London became the capital of cricket. The game gradually spread to other regions of the country and went international, becoming increasingly popular worldwide. The colonies of the Empire, such as the West Indies and Australia, followed the parent state in its passion for cricket.

If you still doubt the historical role of London in cricket, consider the following: London’s Marylebone Cricket Club, based at Lord’s, developed the modern rules of play and conduct for the game. The aforementioned Lord’s Cricket Ground is regarded as the “home of cricket”, being of the most iconic grounds in the history of the game. There is no doubt that London was the capital of cricket, but what about now?

The worldwide popularity of cricket makes it difficult to distinguish a city that can be called the capital of cricket. If we are going to award the title of the capital of cricket based on national team performance, it should be definitely Deli. The Indian cricket national team is one of the best teams in the world, and Virat Kohli, the captain of the team, is one of the best batsmen in the world.

Besides, India is the country with the highest number of cricket fans in the world. Comparing to London, Delhi definitely wins in terms of the number of fans, the capacity of the stadiums, and overall interest in the game. It can be partially explained by the fact that cricket is a summer game, and the Indian climate is much more suitable for the game comparing to London’s.

Another city that can be called the capital of cricket in Sydney. The 2017-18 National Cricket Census showed 1,558,821 Australians engaged in cricket competitions or programs – an increase of 9% from the previous year. 30% of cricket’s participants are now female, and 6 in every 10 new participants are female, one of the highest year-on-year participation growth figures.

In terms of attendance figures, more than 2.3 million people attended cricket during the 2017-18 summer, surpassing the record of 1.8 million sets in 2016-17. Separately, official audience data shows that 93.6% of Australians watched at least some cricket on TV in the 2010–11 calendar year. Such involvement makes Sydney one of the global centers of cricket. Still, the game is widely popular in such cities as Perth, Hobart, Canberra, and Melbourne.

But what about London? At first glance, its leading role in the world of cricket seems to be a matter of history. Around 65% of the English population follow cricket. However, cricket is not so popular as associations of football, tennis or rugby.

To conclude, London is not a cricket capital right now. Not because the popularity of the game decreased in England, but because it became widely popular throughout the world. By calling one city the capital of cricket, it means to underestimate the role of other cities. Similarly to other international games, currently, cricket has no capital, but several centers in different countries, including India, Australia, England, and others.