When WE ACT Everyone Wins, A Statement On New York’s 2022 Legislative Session Results 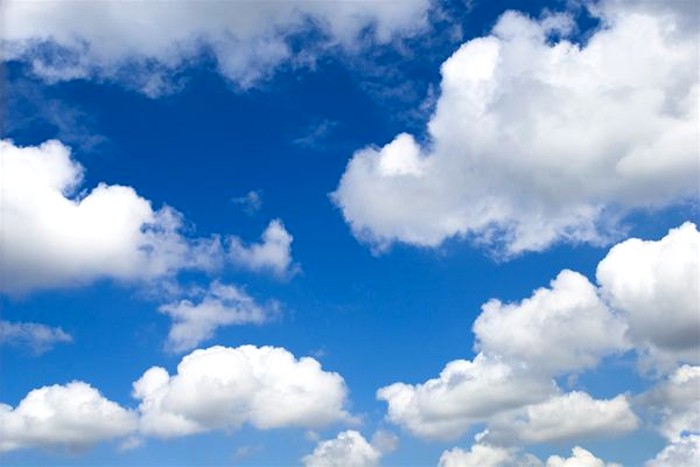 The New York State Senate and Assembly have ended their 2022 legislative session, with many legislators returning to their districts to campaign for re-election. At WE ACT for Environmental Justice, a nonprofit organization based in Harlem that’s been advocating for environmental and climate justice at the city, state, and federal levels, the end of the New York State session is viewed as mixed results – and with mixed emotions.

“Over the past year, we have seen unprecedented awareness of and support for environmental and climate justice throughout the State Capitol, but when it came time to pass actual legislation, all too often special interests seem to get in the way,” said Sonal Jessel, Director of Policy at WE ACT for Environmental Justice.

“We did have a number of key wins, in terms of legislation we and our allies have been working to advance,” added Jessel. “But there was a lot of good legislation – bills that would have provided much-needed relief and support for low-income communities and communities of color across the state, addressing long-standing injustices resulting from systemic racism – that never even made it out of committees for a vote.”

Among the legislation we helped get passed by both chambers was the Cumulative Impacts bill (S.8830/A.2103C), which will ensure that the cumulative impacts from all sources of pollution affecting a community are taken into consideration in the State’s Environmental Quality Review process when potentially polluting facilities seek permits in disadvantaged communities.

We also helped pass the Clearing the Toxic Air Act (S.4371D/A.6150B), which will create air quality standards for toxic contaminants that cause cancer, particularly in low-income communities and communities of color, and establish a community benefit fund supporting beneficial projects in these communities.

We are grateful to Senator Alessandra Biaggi (D34) and Assemblymember Amanda Septimo (D84) for sponsoring this legislation as well as our colleagues at the JustGreen Partnership.

We authored and helped pass the Mercury in Skin Lightening Cream bill (S.8291A/A.8630A), which will ban the sale of skin lightening products that contain mercury, a highly toxic substance.

These products are marketed exclusively to people of color by companies actively exploiting Eurocentric beauty standards for financial gain, even though they know that mercury endangers the health of their customers.

We are grateful to Senator Samra Brouk (D55) and Assembly Member Karines Reyes (D87) for sponsoring this legislation and being fierce champions for protecting the health of women of color in New York.

This will save New Yorkers a collective $15 billion on their utility bills over the next 15 years by establishing better efficiency standards for buildings and appliances, while keeping 17 million tons of greenhouse gasses out of the atmosphere.

We are grateful to Senator Kevin Parker (D21) and Assembly Member Patricia Fahy (D109) for sponsoring this legislation as well as our colleagues in Better Buildings New York and many others.

Along with the JustGreen Partnership and others, we helped the PFAS in Apparel bill (S.6291A/A.7063A) pass both chambers. This legislation will ban PFAS from certain types of clothing and apparel.

PFAS are a class of chemicals linked to cancer, thyroid disease, and a huge list of reproductive health issues, and people of color and low income are exposed to disproportionate levels of these toxic chemicals.

We are grateful to Senator Brad Hoylman (D27) and Assembly Member Patricia Fahy (D109) for sponsoring this legislation as well as our colleagues at the JustGreen Partnership.

“We thank Senate Majority Leader Andrea Stewart-Cousins, Speaker of the Assembly Carl Heastie, all of the bill sponsors, and all of our allies for working together to pass this important legislation,” said Jessel. “We now urge Governor Kathy Hochul to sign them into law.”

Far too often, good legislation gets held up in committees that are reviewing them, which prevents them from ever coming to a vote on the floor of the Senate or Assembly.

For example, three bills we and our allies worked hard to advance were passed by the Senate but failed to get out of committees in the Assembly: All-Electric Building Act, Build Public Renewables Act, and Extended Public Participation bill. One bill, Landlord Insurance for Lead-Based Paint, passed the Assembly but was held in a Senate committee. And four bills failed to make it out of committees in either chamber: Energy Efficiency, Equity, and Jobs Act; Safe Personal Care and Cosmetics Act; Point-of-Sale Lead Paint Disclosure bill; and Lead-Safe Renovation, Repair, and Painting Act.

The following is a summary of each bill and why we needed it passed and signed into law:

A bill we authored, the Energy Efficiency, Equity, and Jobs Act (S.3126C/A.3996C) would enable communities of color and low-income – who are largely excluded from current weatherization programs – to affordably improve the energy efficiency of their homes, by reducing the amount of energy they use as well as the disproportionate amount of their household income they are currently forced to spend on heating and cooling their homes. And it would create thousands of good, green jobs across the state.

The Build Public Renewables Act (S.6453C/A.1466D) would build renewable energy that is more affordable and create good jobs in the process. It would also expand publicly owned renewable power generation across the state, which studies have shown produces lower utility rates and higher customer satisfaction.

The All-Electric Building Act (S.6843C/A.8431B) would significantly reduce greenhouse gas emissions by ensuring that all new buildings built in 2024 and beyond will be all-electric. It would also reduce air pollution, including indoor air pollution, which is critical because children living in a home with a gas stove are up to 42 percent more likely to develop asthma.

The Extended Public Participation bill (S.3211B/A.6530A) would strengthen the State Environmental Quality Review process by mandating that applicants listen and respond to public comments, ensuring that the communities impacted have a voice in the process.

The Landlord Insurance for Lead-Based Paint bill (S.3079A/A.7488A) would compel landlords to be insured for potential damages due to lead poisoning, as opposed to the victims having to be responsible. This would provide another incentive for landlords to comply with laws requiring them to test for and mitigate lead contamination in the apartments they rent. This is critical because New York State has the highest rate of childhood lead poisoning in the United States. We thank champions Senator Sean Ryan (D60) and Assembly Member J.D. Rivera (D149) for advocating for this legislation, and we look forward to working on it in the next session.

The Safe Personal Care and Cosmetics Act (S.3331B/A.143A) would require the disclosure of ingredients in personal care products, including cosmetics and other beauty products, and would ban the most toxic ingredients from use. The cosmetics marketed to women, and particularly women of color, contain some of the most toxic chemicals used by the beauty industry. The toxic chemicals in these products – which we often apply directly to our skin on a daily basis – can cause cancer, reproductive issues, heart disease, and other serious health issues. We thank Senator Gustavo Rivera (D33) and Assembly Member Richard Gottfried (D75) for their tireless leadership on this legislation.

The Point-of-Sale Lead Paint Disclosure bill (S.2142A/A.6608A) would require landlords and apartment owners to provide at the time of sale or rental a certificate proving that the home has been tested for lead paint and any sources of such be properly remediated. Again, New York has the highest rate of childhood lead poisoning in the nation, and studies show that Black children living below the poverty line are twice as likely to suffer from lead poisoning as poor white children.

The Lead-Safe Renovation, Repair, and Painting Act (S.6554/A.7117) would establish standards for lead-safe renovation, repair, and painting of residential properties and require the documentation of compliance with such standards.

“We will continue to fight for this and other legislation to help put an end to environmental racism and the devastating impacts it has on our communities,” said Jessel.