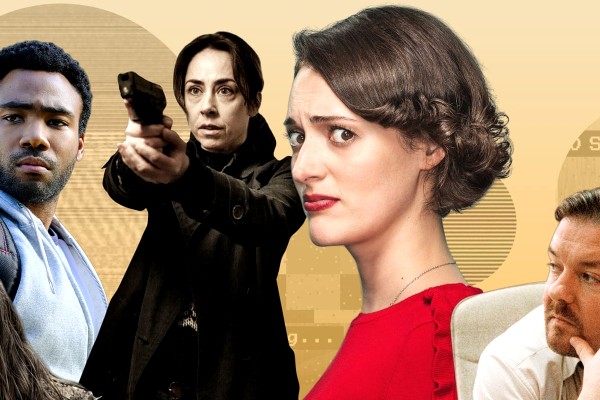 The rise of video-on-demand streaming (VODS) services has shown that people like being able to watch shows when it is most convenient — gone are the days when missing your favorite show’s airtime means having to wait for a rerun to enjoy a particular episode.

Many people start watching a show because of word of mouth and social media. The common practice now is to view finished shows in marathon runs through one, if not multiple, seasons in one go. Audiences enjoy being able to disconnect from the reality of these marathons. Given the current state of affairs, what makes UK TV shows so popular internationally? Research by Betway sheds some light on the phenomenon.

The UK entertainment industry excels at producing locally-acclaimed dramas, sitcoms, reality TV shows, and game shows. Going by viewership numbers, the top 3 international consumers of UK media are, in order of revenue, the US, France, and Australia. In these regions, long-standing series like Doctor Who has achieved great renown and, more surprisingly, the same can be said for more recent unscripted TV formats like Love Island.

Other important export markets for UK shows include Canada, the Nordics, South America, and China.

What Are the Most Popular UK TV Shows Internationally?

Going by licensing alone, shows like The Great British Bake Off and Top Gear stand as notable programs. The former having been adapted for more than 25 global business sectors and the latter for more than 200. Top Gear, alone, generates around £50million annually.

On the other hand, going by viewership numbers, The Office’s US adaption is clearly ahead of the pack with over 57 billion viewing minutes on Netflix. This likely doesn’t even come close to the actual number, including the years before the show came to the platform. The show ran for 9 seasons and, after the first season, the show’s script was adapted for American audiences, which likely helped it garner appeal with a wider international audience. Redounding to the benefit of the producers of the UK original.

When it comes to game shows and reality TV shows, you may be one among many who never realized that their favorite reality TV show was originally from the UK. Who Wants To Be a Millionaire, for example, has seen itself remade into over 100 unique localisations. In 2020, the US re-release of the format alone drew in an average viewership of 5.6 million viewers per episode.

A Fascination With English Culture

What is abundantly clear from these numbers is that there is a global fascination with UK culture and history, and even how the English simply go about their lives. Shows like Bridgerton and Vera have their very foundations on these aspects of English life and its somewhat more cynical and humorous nature. When combined with popular tropes of drama, comedy, history, and crime, it is no surprise many UK TV shows do well internationally, even with minimal adaptation.

The advent and popularity of local streaming services have contributed to UK TV’s international revenue growth, and it is predicted that the trend will continue in the years to come. The adoption of SVOD services has been a primary driver of UK media’s booming popularity, with global subscriptions set to exceed 1.5 billion in the next 5 years.

These predictions bode very well for the UK TV business since on-demand platforms already account for just over two-thirds of all of its overseas revenue. 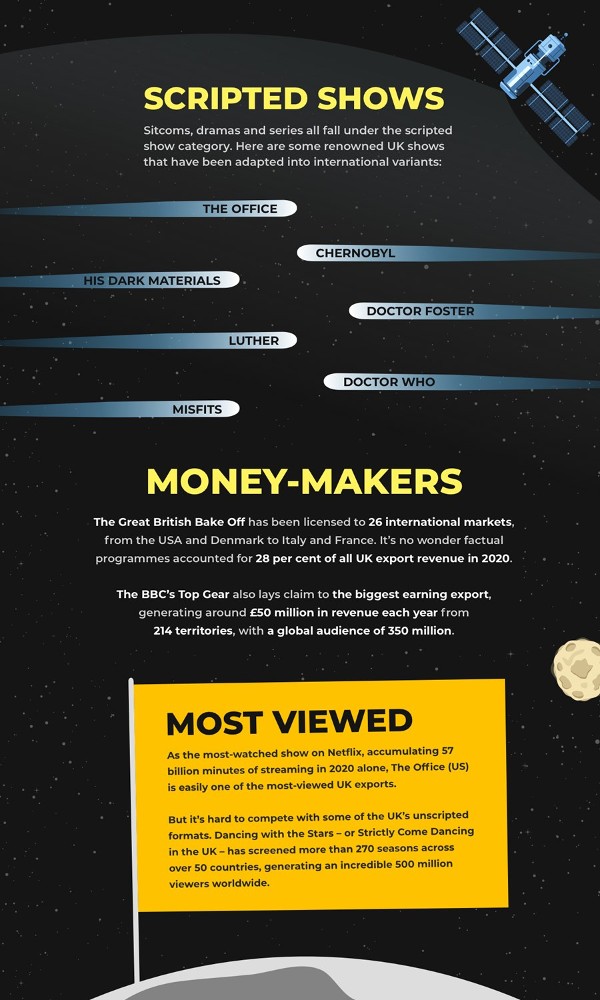 Additionally, there was an agreement made earlier this year between the UK’s ITV Studios and Brazil’s GloboPlay SVOD service, which constitutes one of the largest single instances of new market growth for the industry in the whole of 2021. The Brazilian SVOD provider agreed to accept over 400 hours of scripted programming from the UK firm.