What If The Knicks Traded For Harlem’s Kareem Abdul-Jabbar In 1975? 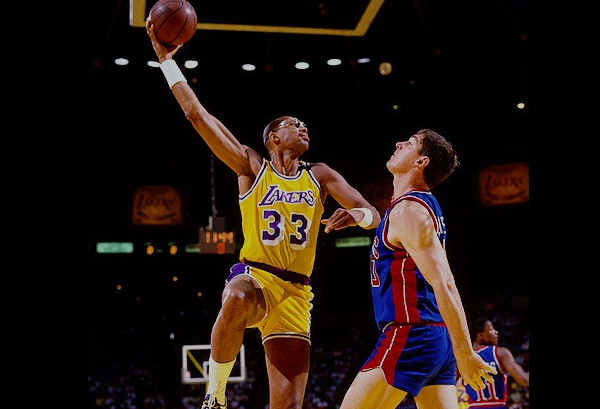 Kareem Abdul-Jabbar is one of the seminal players of the NBA. He dominated the sport for over two decades when factoring in his collegiate career.

College rules changed for him, banning dunking because of his sheer dominance.

However, the man formerly known as Lew Alcindor was highly influential both on and off the court. He is known for his political activism and even his acting acumen, genuinely being an eclectic and well-versed man. But, what if the New York Knicks traded for the Harlem native in 1975 over the Los Angeles Lakers?

The impact of franchise players, especially at the early stages of the league, has set up teams for success in the future. Think of Bill Russell and the Celtics, or Wilt Chamberlain and Jerry West for the Lakers. These influential players created an aura of fabled franchises and winning teams that carried throughout the decades, right until the present day.

If Abdul-Jabbar went to the Knicks, it might be them who now is the preeminent team in the NBA and not the Lakers. The Lakers won last year’s title, whereas New York hasn’t been great since the 70s, save some exciting teams in the 90s and one outstanding Carmelo Anthony season. Last year the Knicks finished with a 21-45 record. This year they have turned things around and are putting together a winning season but are still massive underdogs to win the title. However, they could be a good option in individual match betting markets such as money line and there are guides available that break down the basics from how to place a bet on the NBA to tips on specific markets and much more.

If the Knicks won the 1976 championship, and eventually, some of their older stars faded, it would still be possible to put another winning team around Abdul-Jabbar, his legendary hook shot and his longevity.

The Knicks were coming off the most decorated period of its history, winning the championship in 1970 and 1973; still, the only two in its history. In-between that period, Abdul-Jabbar won in 1971 with Oscar Robertson and the Milwaukee Bucks. Joining these two unstoppable forces seems like a logical formula for a championship. They may have been the odds-on favorite that year as Kareem was the league’s best player.

However, two factors would contribute the most to this. Firstly, the Knicks needed to replace retired center Willis Reed, who had a comeback season in ’73 but eventually, injuries curtailed his career. Second, the Knicks would have to trade anyone except Walt Frazier; as shown with Magic and Robertson, Abdul-Jabbar needs a quality point guard. The championship window may not have been as long as in Los Angeles, but they would have seemed certain to win at least one more. 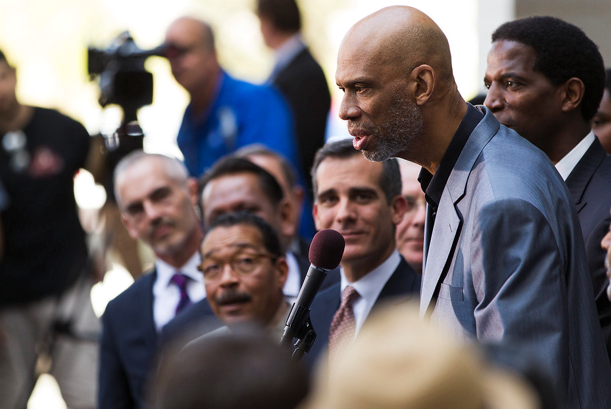 Legacy matters in the NBA. It matters in sports. The lasting impact from an all-time top-3 player would’ve established the Knicks as a powerhouse. Also, Abdul-Jabbar was born in Harlem and grew up in New York. He was culturally significant and starred in movies like Airplane and Game of Death. Combining the man and New York would have made both even bigger cultural icons.

Kareem Abdul-Jabbar is one of the greatest basketball players ever, and New York is often considered the Mecca of basketball. In an ideal parallel universe, the two would have made the perfect NBA combination.