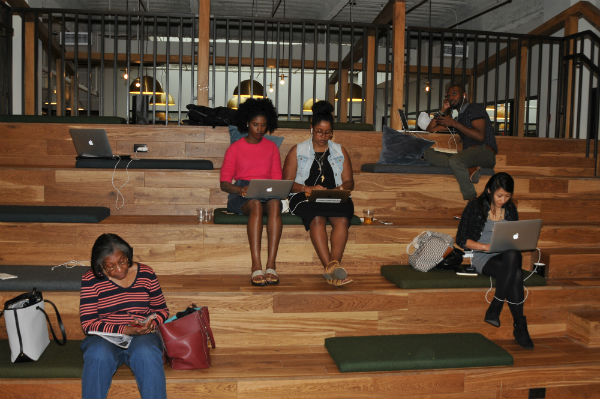 Crains NY reports that with a WeWork office in Harlem, the $20 billion provider of flexible workspace, was close to signing a lease at the city’s tallest office tower.

The deal—to take about 200,000 square feet at 1 World Trade Center—would have made the eight-year-old company the city’s largest office tenant, a milestone it wound up hitting recently through a separate deal. The company now rents 5.3 million square feet total.

But that growth hasn’t come without some growing pains. The WTC deal was scuttled by Douglas Durst, chairman of the Durst Organization, which owns a stake in the tower in partnership with the Port Authority of New York and New Jersey. In a report, Durst said that he had better offers, nixing the WeWork deal despite having more than 700,000 square feet available.

Durst isn’t alone in avoiding renting to the office-sharing firm. Several of the city’s biggest landlords have either limited their exposure to the company or avoided leasing to it altogether. For example, WeWork doesn’t have any local leases with Vornado, one of the city’s largest commercial landlords with some 20 million square feet of space. And the only WeWork location owned by SL Green, which also has a roughly 20 million-square-foot office portfolio, is at 2 Herald Square, a building the firm recently acquired through a foreclosure. (SL Green did lease Midtown space to WeWork in 2015 but later sold the property.)

The lone WeWork location owned by Brookfield Office Properties, another major landlord, is in the Brill Building in Times Square, also acquired in foreclosure. Several other major landlords, including Paramount Group, Silverstein Properties and Fisher Brothers, haven’t rented to the company.

“We do not, have not and will not lease to WeWork,” said Tony Malkin, CEO of Empire State Realty Trust, a public real estate company that owns 9.4 million square feet in the city, including the Empire State Building.

The reluctance among many landlords may be related to concerns about WeWork’s long-term prospects. Competitors have accused the company of operating unprofitably in order to corner the market.

“Every year since we opened, we have been profitable in the city,” said Marcus Moufarrige, COO of Australia-based flexible workspace firm Servcorp, which has four locations here, including at 1 World Trade Center. “But it has been challenging because you can only price your space as high as your most irrational competitor. There is a risk associated with WeWork’s rapid growth and whether it will have the ability itself to be profitable.”

Related:  Book Debut 'For White Folks Who Teach in the Hood' By Christopher Emdin In Harlem

WeWork has upended decades-old leasing practices in the city, offering tenants fully built-out spaces with amenities and services while also allowing flexible terms that permit its tenants to quickly grow or contract. While WeWork started by targeting freelancers and entrepreneurs, it has increasingly sought larger tenants, which some landlords have seen as a threat to their own business.

“Why would I lease space to WeWork when I know that they’re going to compete with me for the tenants I want?” an executive at a major landlord asked. “If tenants want a lease with more flexibility, then that’s something we’re starting to consider.”

WeWork did not respond to a request for comment.

Becoming too big to fail

Failing to win over the biggest landlords could create an obstacle for WeWork as it seeks to dominate office-sharing through sheer size.

“If the Manhattan office market is 400 million square feet, WeWork would like to lease every single square foot of that,” an executive at another large landlord said. “Their business is based on scale, where they become too big to fail.”

Still, some landlords have warmed to the idea of working with the company.

“We do not have WeWork as a tenant,” said Scott Rechler, chairman and CEO of RXR Realty. “But we have been in discussions with them about a couple of opportunities.”

Indeed some large landlords have filled huge pockets of vacancy thanks to WeWork. A partnership between Rudin Management and Boston Properties, for instance, leased about 220,000 square feet to WeWork at Dock 72, its development at the Brooklyn Navy Yard. Tishman Speyer inked WeWork to anchor 250,000 square feet at the Jacx, a 1.1 million-square-foot office project in Long Island City.

CBRE data show coworking companies now occupy 2.8% of the city’s office market, a record. While there have been concerns whether the industry has reached a saturation point, Moufarrige said he sees room for further demand—and a coming détente with landlords.

“Tenants are increasingly going to strike traditional long-term leases with landlords for a portion of their space and then flexible workspace for the rest of their footprint,” he said. “I could see 20% to 30% of buildings being for co-working space. It’s almost like an amenity in a building, and that’s something that landlords will be glad to have a co-working tenant for.”

Photo credit: From WeWork in Harlem.