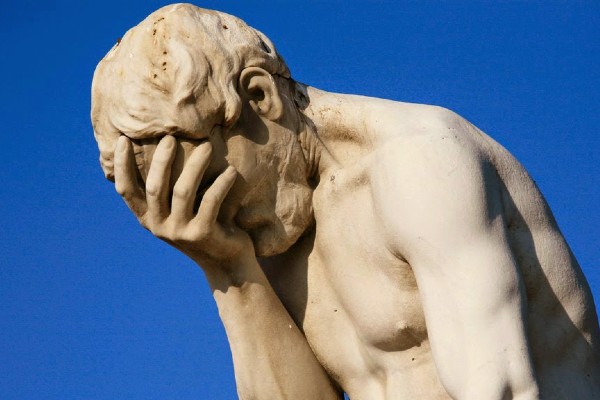 On June 27th, 2021, in the historic district of Nolan Park, NY Classical Theatre will offer a no-cost reading to the public at Building 10B with support from the West Harlem Art Fund in Harlem.

In Antíkoni, Beth Piatote’s retelling of the Greek tragedy, Antigone, a Native American family has torn apart over the fate of ancestral remains held by a museum.

As Kreon, the museum director, and Antíkoni, his fierce opponent, argue over the terms of repatriation, a chorus of Aunties comments on the conflict through mythic storytelling and gossip.

Set in a museum and exploring contemporary struggles over human remains, the play sheds new light on the questions posed by the original: What do the living owe the dead?

What are the limits of human laws in the face of eternal values? And what is the price of sacrifice?

Beth Piatote is the author of Antíkoni, a Native American adaptation of Sophocles’ play, Antigone, and is currently creating new works as a member of the Indigenous Writers Collaborative at Oregon Shakespeare Festival and an affiliate of the Native Writers Theater.

She has published two books, most recently the mixed-genre collection, The Beadworkers: Stories (Counterpoint 2019), which was long-listed for the PEN/Bingham prize for Debut Short Story Collection and the Aspen Words Literary Prize and shortlisted for the California Booksellers Alliance “Golden Poppy” Prize for Fiction.

She is Nez Perce, enrolled with the Confederated Tribes of the Colville Reservation, and dedicated to Indigenous language revitalization.

She is an associate professor of comparative literature and Native American Studies and affiliated faculty with the Department of Theater, Dance, and Performance Studies at the University of California, Berkeley.

Jen is currently consulting on and movement directing several up and coming Native works, including Molly Spotted Elk, A Penobscot in Paris with Penobscot Theatre in Maine

Jen is a multidisciplinary artist, writer, creative director, and choreographer. She grew up dancing competitively in jazz, ballet, tap, hip-hop, and musical theatre, receiving scholarships and touring with an esteemed local company.

She attended university on her Native Acjachemem homelands at CSU Fullerton, pursuing a musical theatre degree.

This led into four productions at the Oregon Shakespeare Festival, where Jen played OSF’s first two-spirit character in the world’s first LGBT+ production of Oklahoma! Jen produced, choreographed, and directed the piece Artists Activate with poet TaiReicka L.A., a fusion of activism and theatre calling audiences and artists alike to bring light to a load of necessary work towards decolonizing theatrical spaces.

To further uplift Native people and their stories across all mediums, as well as the community efforts to Protect Puvungna, sacred Acjachemen/Tongva land currently being desecrated by CSULB, Jen is now part of a developing nationwide Native theater collaboration.

Jen is currently consulting on and movement directing several up-and-coming Native works, including Molly Spotted Elk, A Penobscot in Paris with Penobscot Theatre in Maine.

Like explorers from the past, who searched for new lands and people, WHAF seek opportunities for artists and creative professionals throughout NYC and beyond wishing to showcase and share their talent.

Our heritage symbol Afuntummireku-denkyemmtreku: is the double crocodile from West Africa Ghana which means unity in diversity.

To reserve your tickets at no cost here.