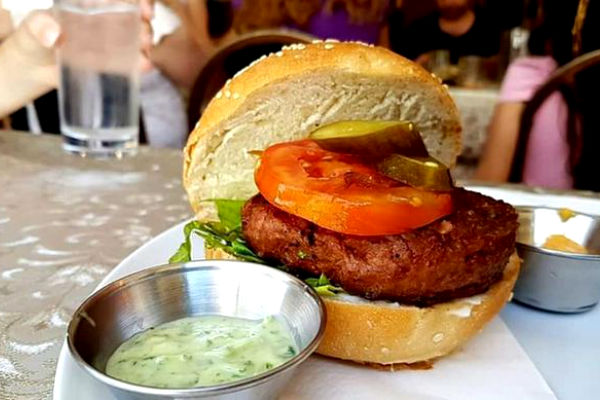 The coronavirus (COVID-19) pandemic continues to have a major impact on the nation’s food chain, food spots like Wendy’s on 116th Street in East Harlem is being affected

With meat products in short supply in many areas of the U.S. It’s now being felt at some fast-food outlets and supermarkets.

The shortage this week prompted Wendy’s to remove hamburgers from its menu at many locations because it has been unable to obtain enough fresh ground beef.

The chain has famously advertised that its burgers are “fresh, never frozen,” now putting it at a disadvantage to competitors who have plenty of frozen beef.

“As you’ve likely heard, beef suppliers across North America are currently facing production challenges,’ Wendy’s said in a statement to the media. “Because of this, some of our menu items may be in short supply from time to time at some restaurants in this current environment. We expect this to be temporary, and we’re working diligently to minimize the impact to our customers and restaurants.”

Some consumers were less than understanding, taking to social media to ask “where’s the beef?,” turning the chain’s famous marketing slogan from the 1980s against it.

At the same time, grocery stores are also feeling the meat shortage. Both Costco and Kroger this week have limited meat purchases at some stores where supplies have run low.

Outbreaks of the virus among workers have forced a number of pork, beef, and chicken processing plants to close.

Last week, the chairman of Tysons Food, John Tyson, took out full-page ads in several newspapers around the country to warn that the “food supply is breaking.”

“There will be limited supply of our products available in grocery stores until we are able to reopen our facilities that are currently closed,” Tyson said in the ad. “Millions of animals — chickens, pigs, and cattle — will be depopulated because of the closure of our processing facilities.”

In addition to creating shortages for consumers, Tyson said the situation is creating a serious waste, forcing farmers to euthanize livestock because they have no place to sell the animals.

In early April, South Dakota’s largest pork plant, operated by Smithfield, closed because of the coronavirus. The company’s CEO, Ken Sullivan, says that’s bad news for both consumers and farmers.

“We have a stark choice as a nation: we are either going to produce food or not, even in the face of COVID-19,” CEO Ken Sullivan said at the time. “It is impossible to keep our grocery stores stocked if our plants are not running.”

Even when consumers are able to find an ample meat selection, the law of supply and demand suggests they’ll pay more for it.

The Department of Agriculture (USDA) projects beef prices will be up by as much as 2 percent this year, with the price of pork rising as much as 3 percent reports Consumer Affairs.

The Department of Agriculture (USDA) projects beef prices will be up by as much as 2 percent this year, with the price of pork rising as much as 3 percent reports Consumer Affairs.

FreshDirect Donates Meals, Trucks And Volunteers To NY Common Pantry Due To COVID-19