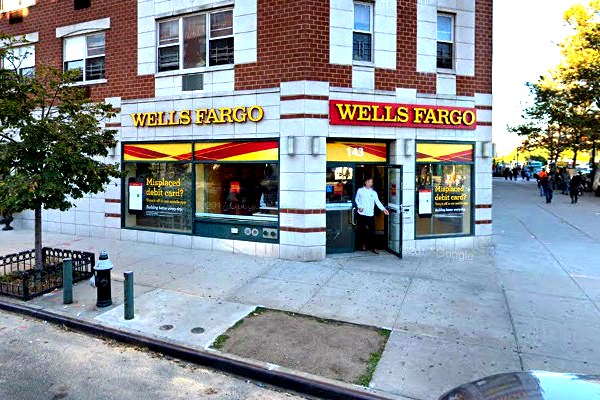 With a number of Wells Fargo banks in Harlem, Wells Fargo has told its customers who have opened one of the bank’s personal lines of credit that those accounts will be closed in the weeks ahead.

In a six-page letter to customers who have one of the accounts, Wells Fargo said it is eliminating that loan product so it can focus on the growing demand for its credit cards and personal loans.

The letter, a copy of which was reviewed by CNBC, acknowledged that consumers’ credit scores could dip once the account is closed. That drew a sharp response from a frequent Wells Fargo critic, Sen. Elizabeth Warren (D-Mass.).

“Not a single @WellsFargo customer should see their credit score suffer just because their bank is restructuring after years of scams and incompetence,” Warren posted on Twitter. “Sending out a warning notice simply isn’t good enough – Wells Fargo needs to make this right.”

But in the letter to customers, the bank explained that it is facing regulatory requirements that require it to take this action. In 2018, the Federal Reserve placed limits on the amount of money Wells Fargo could lend until it rectified certain compliance issues.

In 2016, Wells Fargo became caught up in a fake accounts scandal. Employees were found to be creating credit card and checking accounts in customers’ names without their knowledge in order to meet lofty sales goals.

Wells Fargo ultimately agreed to pay $3 billion to resolve civil and criminal charges stemming from that scandal. In agreeing to settle charges with U.S. attorneys, Wells Fargo admitted that it collected millions of dollars in fees and interest generated by the unauthorized accounts. It further said that it harmed the credit ratings of many customers and unlawfully misused customers’ sensitive personal information, including customers’ means of identification.

The scandal was a public relations nightmare that apparently continues to influence some customers’ views. Cesar, of Friendswood, Tex., recently told ConsumerAffairs that the bank had abused his trust.

“Last month I applied for my second personal loan with them, with a promise of no penalties for prompt payment,” Cesar wrote in a post last week. “Big surprise when making an extra payment to the principal, the bank decided to take part of this payment as an advance interest payment when I specifically requested the cashier that the payment went to the principal.”

The bank issued a statement to CNBC confirming the contents of the letter, saying it needed to simplify its product offerings. “We feel we can better meet the borrowing needs of our customers through credit card and personal loan products,” the statement said.

According to CNBC, the Fed’s limit on Wells Fargo’s balance sheet has cost the bank billions of dollars in profits. It has also resulted in the bank’s phase-out of other popular loan products.