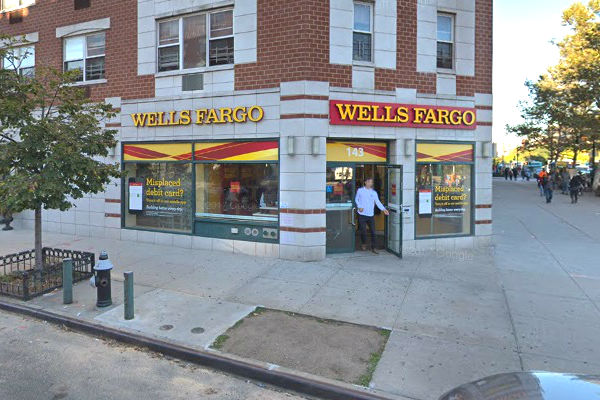 Wells Fargo has four locations in Harlem has agreed to pay $575 million to settle allegations made by all 50 states and the District of Columbia that the bank violated consumer protection laws, Iowa’s attorney general announced on Friday.

The bank will also create and implement a review program that will allow consumers who have not received restitution through other programs to seek a review for possible relief. The agreement follows several years’ worth of allegations that the bank engaged in practices deemed to be either unethical, dishonest, or illegal reports Consumer Affairs.

In 2016, Wells Fargo revealed that employees had opened millions of checking and credit card accounts without customers’ knowledge or consent in an effort to meet sales goals. The bank was also fined for selling insurance to auto loan customers without their knowledge.

The bank’s troubling business practices have resulted in over $2 billion in fines and an “unprecedented” action by the Federal Reserve to limit Wells Fargo‘s growth until the bank changes its management culture and risk control procedures.

In October, Wells Fargo reached a $65 million settlement between the State of New York and Wells Fargo over the improperly opened accounts.

“Wells Fargo’s conduct was unlawful and disgraceful,” California’s attorney general, Xavier Becerra, said in a news release on Friday. Under the settlement, California will get almost $149 million.

“This agreement is unique and one of the largest multi-state settlements with a bank since the National Mortgage Settlement in 2012,” Iowa Attorney General Tom Miller said in a statement. “This significant dollar amount, on top of actions by federal regulators, holds Wells Fargo accountable for its practices.”

In a statement of its own, Wells Fargo said the agreement, which must first be approved by a judge before it’s finalized, “underscores our serious commitment to making things right in regard to past issues as we build a better bank.”

The bank’s troubling business practices have resulted in over $2 billion in fines and an “unprecedented” action by the Federal Reserve to limit Wells Fargo‘s growth until the bank changes its management culture and risk control procedures.