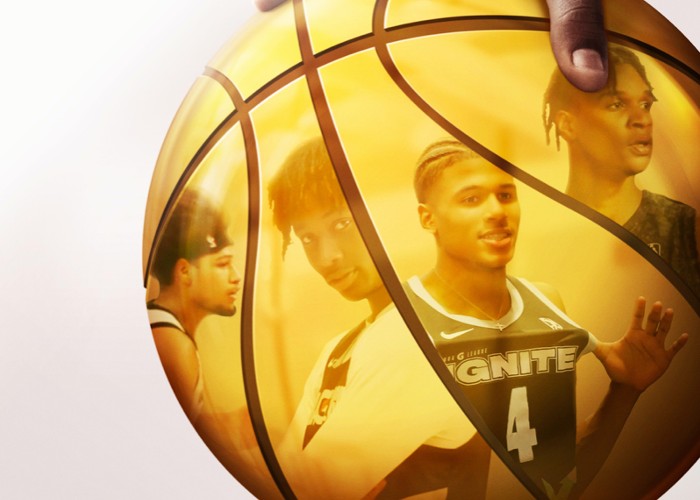 On its opening premiere, the basketball documentary reached over 2.5 million views.

Directed by James D Stern, ‘The Pathway’ is produced by Endgame Entertainment (Last Chance U and Last Chance U: Basketball), Film 45 (Being Serena), and executive produced by two-time NBA Champion and Inside the NBA’s Kenny “The Jet” Smith; and prolific producer/director Deon Taylor (The Intruder).

In its entirety ‘The Pathway’ is a seven-part series readily available on www.thepathwaytv.com.

‘The Pathway’ follows emerging basketball stars –­ Jonathan Kuminga, Jalen Green, Isaiah Todd, and Daishen Nix – as they skip college and join the NBA’s G League Ignite, with their eyes set on eventually making it to the NBA.

‘The Pathway’ chronicles each player’s dream of reaching the NBA, documenting the extraordinary sacrifices they and their families make, along with the hard work they put in and immense pressure they face to beat the incredible odds and succeed.

Kuminga moved from the Congo when he was just 14 years old; Green, the former No. 1 high school player in the nation from Fresno, California, has been in the headlines since 7th grade; and top high school recruits, Todd and Nix, de-committed from storied NCAA programs to join G League Ignite.

The road is not easy, from competing against older, stronger, more experienced professional NBA players and other talented prospects to impress NBA scouts and General Managers during the NBA Draft Combine, to the anxiety of Draft Night and the added pressure of shining in the NBA Summer League, fans witness what it takes for four young ballers to make their wildest dream of playing in the NBA a reality.

The production company behind “Joker” and “Fences,” BRON Studios is focused on the development, production and exploitation of original live-action and animated motion pictures and series television

To kick off the NFT experience, BRON Studios and Upstream have partnered to release two free NFT Hype Certificates; 10,000 in each airdrop worth $25 each.

Claim one or both of these NFTs as an original fan to commemorate the moment before the next wave of NFT opportunities are announced: https://thepathwaytv.com/nft.

These are the first among multiple NFT categories to be released, some featuring merch elements from the series (clips), some as moving images that will unlock giveaways, and other NFTs tied to the series release that will have access to original G-league games, events and merchandise.