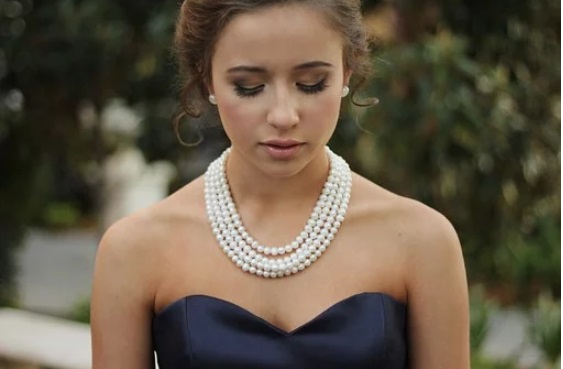 Pearls are an iconic form of jewelry around the world and are the only form that is produced from the sea.

All other jewelry obtains their rare gems from the earth and this makes pearls seem like an exotic alternative. They can also be more flexible in outfits than traditional pieces because their colors suit a wide range of styles. However, there are many different forms and kinds of pearls that can be confusing.

If you’re not sure what different kinds of pearls there are, and which pearls are for you, here are some tips to help you out.

These pearls aren’t quite as expensive as the Tahitian and South Sea varieties, but they are more expensive than the freshwater options. Akoya pearls are more commonly known for their white variety. If you’ve ever seen someone in a movie wearing white pearls, they were probably Akoya pearls. So if you’re looking to purchase something with the “classic” pearl look and are okay paying a higher premium, Akoya pearls are definitely your first choice.

Akoya pearls are most commonly found being farmed in Japan, and are one of the most well-known pearls in the world. They may also be sourced from areas like Vietnam, China, and Australia, but these are less common. They have a long history and are generally used for the majority of pearl necklaces. They do come with a more expensive price tag, generally because the mussels will only produce 1-2 pearls each harvest, and they have a smaller size than other pearl types.

These pearls are usually farmed in French Polynesia, and the Micronesian Islands, and not from Tahiti as the name would suggest. According to Pure Pearls the dark color of Tahitian pearls are naturally occurring. They are the second most valuable form of pearl available. These are exceptionally rare pearls, and they carry a high cost because of this.

If you’re looking to invest in a necklace of Tahitian pearls you’re probably looking at a cost in the thousands. This is why many people purchase darker freshwater pearls, even if they aren’t naturally occurring. However, there’s something satisfying about the rarity and the value of Tahitian pearls that can’t be ignored. If you want to wear something rare, and you appreciate darker Jewelry Tahitian pearls are definitely the choice for you.

Related:  Six Top Tips To Help You Complete Your Nursing Degree While You Work 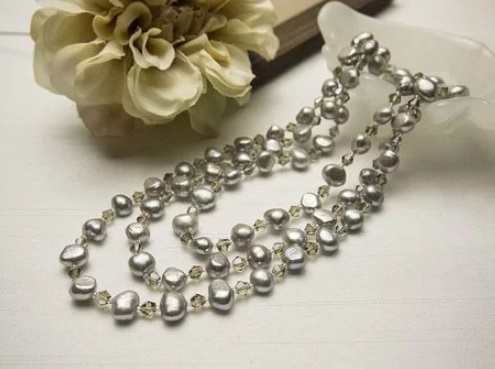 Freshwater pearls are definitely the most affordable pearl option on the market. They are usually farmed in China, and are mass-produced and therefore have a lower value than the other kinds of pearls. These mussels also produce more than a dozen pearls each and this is another reason why the value is decreased. They share a similar size and shape to Akoya pearls but they have a larger variety of sizes and shapes.

South Sea pearls are the rarest and most valuable form of pearl in the world. There are two varieties of South Sea pearls, white and gold. The white pearls are grown mostly in Australia, while the golden pearls are naturally grown in the Philippines. Because the gold version is naturally occurring they are the most expensive form of South Sea pearl. These pearls also tend to grow larger, so if you’re looking to make a statement this is the jewelry for you. Only a third of pearls harvested from these mussels will be round, and this drives the price up. However, it means shapes like a drop are commonly available if you’re looking to obtain a nice pair of earrings or a one-piece necklace, just to accent your overall aesthetic.

If you’re initially getting into pearls you might not want to invest a large sum just getting your foot in the door. It’s recommended you start off with a freshwater option and see if pearls suit your style beforehand. If you’ve never gotten pearls as a gift for a particular person before, freshwater pearls might give you an inclination if they enjoy it. If you or your gift receiver and absolutely head over heels about pearls, Japanese Akoya, and Tahitian pearls are great options, with the South Sea option being the most rare. Happy shopping, and enjoy finding the right pearls for you.