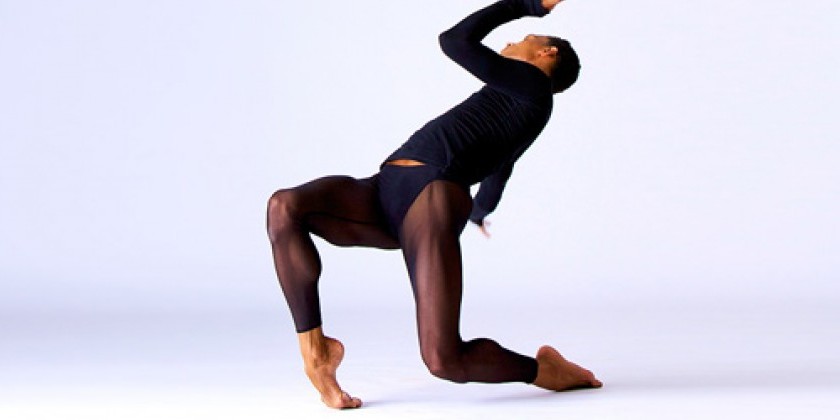 The sixteen-member ensemble will perform an eclectic and diverse program of contemporary and neo-classic works. Choreographers and works to be presented include; David Fernandez (Six Piano Pieces), Christopher Huggins (In The Mirror Of Her Mind), Donald Byrd (Contested Space) and George Balanchine (Glinka Pas De Trois). Each work will showcase different aspects of the company style.

One of the anticipated ballets presented will be Donald Byrd’s Contested Space. The dynamic group work pushes the ensemble both technically and artistically. Contested Space will keep the audience on the edge of their seats. Six Piano Pieces was the 2010‐11 Harlem Dance Works 2.0 commissioned work from choreographer David Fernandez . The musical ensemble work employs a large cast and engages them in strong group choreography with sharp and impressive solos and duets passages.

The Glinka Pas De Trois is a smart choice for the repertoire. George Balanchine, the “father” of neo- classicism, and the mentor of Dance Theatre of Harlem founder Arthur Mitchell, choreographed the ballet in 1955. The work was originally performed by Andre’ Eglevsky, Melissa Harden and Patricia Wilde, three of the strongest technicians in New York City Ballet at that time. Last year Marina Eglevsky (Andre’ Eglevsky’s daughter) staged the ballet on Dance Theatre of Harlem ll.

Choreographer Christopher Huggins’ work In The Mirror Of Her Mind was commissioned for Dance Theatre of Harlem as a special project of Dancers Responding to Aids (DRA). The quartet was successfully premiered last summer at the Fire Island Dance Festival 17. Exciting and explosive lifts, abandoned dancing, and good choreographic structure have come to define Huggins, and this work is true to his cannon.

Tickets start at $10 and are on sale now at the Joyce Theater Box Office located at 175 Eighth Avenue (at the corner of 19th Street) or by calling 212-482-0800 or visiting joyce.org. For group sales call the Dance Theatre of Harlem at 212-690-2800. For more information visit www.dancetheatreofharlem.org