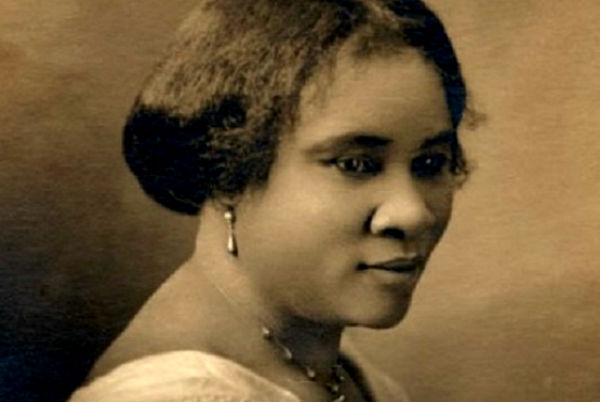 In August, the 100th anniversary of the 19th Amendment granting women the right to vote was celebrated from Harlem to Hollywood.

Woodlawn, a 400-acre site in the Bronx, has a rich history of suffragettes, and the struggle for this right began many years earlier when Elizabeth Cady Stanton, who is interred at Woodlawn, organized the first Women’s Rights Convention in 1848 in Seneca Falls, New York.

To commemorate the 100th Anniversary of Suffrage and Women’s Equality, Woodlawn has created a self-guided tour of Woodlawn Women Who Made a Difference. Visitors may pick up maps marking the gravesites of 27 remarkable Woodlawn women at the Entrance Gates at 3800 Jerome Avenue or 4199 Webster Avenue or at the Woodlawn Conservancy building, Jerome Avenue entrance, for a historic and inspiring visit to the final resting places of these extraordinary women.

The sites of Elizabeth Cady Stanton, Harriot Stanton Blatch, Alva Belmont, Carrie Chapman Catt, Mary Garret Hay, and Madam C.J. Walker are marked with biographical signage. Stickers celebrating suffrage will also be available to place on designated signage at these gravesites to honor these women who helped to pave the way.

“We are incredibly proud to have the descendants of two of these remarkable women who are buried at Woodlawn currently supporting our mission,” said Mitch Rose, Woodlawn President & CEO. “We wish to express our gratitude to Coline Jenkins-Sahlin, Elizabeth Cady Stanton’s great-great-granddaughter, and A’Lelia Bundles, who is the great-great-granddaughter of Madam C. J. Walker, America’s first female self-made millionaire and African-American trailblazing entrepreneur, for their historical perspective, dedication and commitment to Woodlawn.”

Profiles: Woodlawn Women Who Made a Difference:

Madam C.J. Walker, born in Louisiana, she was the child of former slaves who developed hair care and beauty products for African American women. She amassed a sizable fortune by training customers to use her products, eventually moving to New York, where she became known as America’s first female self-made millionaire.

Elizabeth Cady Stanton and a group of local Quaker women organized the meeting, “a convention to discuss the social, civic, and religious condition and rights of women.” The event was held on July 19 and 20, 1848 and, the first day, 300 women attended. The convention was only open to men on the second day. Lucretia Mott and Frederick Douglas were featured speakers. The convention featured a discussion on 11 resolutions on women’s rights and, if not for the conviction of Elizabeth Cady Stanton and Frederick Douglas, suffrage would not have been included.

Harriot Stanton Blatch, Elizabeth Cady Stanton’s daughter, was born in Seneca Falls, New York and lived in England where she became active in the women’s rights movement. When she returned to America, she founded the Equality League of Self-Supporting Women, in an effort to bring working women into the suffragist movement.

Alva Belmont, interred in Woodlawn’s Belmont Mausoleum, became active in Women’s Suffrage after the death of her second husband, Oliver Perry Belmont, in 1908, the first husband being, William K. Vanderbilt. Alva Belmont hosted the English suffragette Christabel Pankhurst to the US in 1914 for speaking engagements, and she was a financial supporter of Alice Paul and the National Woman’s Party, becoming the president of that organization in 1921. Alva Belmont was also credited with the saying, “Pray to God. She will help you.” Although Alva spent her later years in France, she was buried at Woodlawn.

Carrie Chapman Catt was instrumental in securing the right to vote for women. Her interest in suffrage began in the 1880s when she joined the Iowa Woman Suffrage Association and then the National American Woman Suffrage Association. She was a gifted speaker and gave speeches nationwide and helped organize local suffrage chapters. In 1900, she was elected NAWSA president filling the seat vacated by Susan B. Anthony. Suffrage was passed during her second tenure as NAWSA president (1915-1920). She founded the League of Women Voters in 1920 to bring women into the political mainstream.

Mary Garrett Hay was chief assistant to Carrie Chapman Catt. Hay headed the NAWSA’s suffrage lobbying within the Republican Party and was the first woman to chair the Republican convention platform committee. She was chair of the New York City League of Women Voters. In addition, Hay was the much-needed financial backing of Alva Vanderbilt Belmont.

The Woodlawn Conservancy provides educational programs for students and the public, engaging a strong volunteer corps and working to present the extraordinary collection of monuments and plantings found on the 400-acre site of The Woodlawn Cemetery. The Woodlawn Cemetery is the final resting place of many individuals who have made lasting contributions to American history. It is the work of the Conservancy that preserves the legacies of these notables including Elizabeth Cady Stanton, Madam C.J. Walker, Alva Belmont and Carrie Chapman Catt. This mission is accomplished through the support of individuals and organizations who desire to preserve Woodlawn’s beauty and history for the enjoyment of future generations.

The Woodlawn Conservancy is enhancing its community and investing in the future by preserving the past. Founded in 1863 in the Bronx, The Woodlawn Cemetery, still an active cemetery with new ongoing development, is one of the largest cemeteries in New York City and is designated a National Historic Landmark. Woodlawn…More Than A Cemetery.