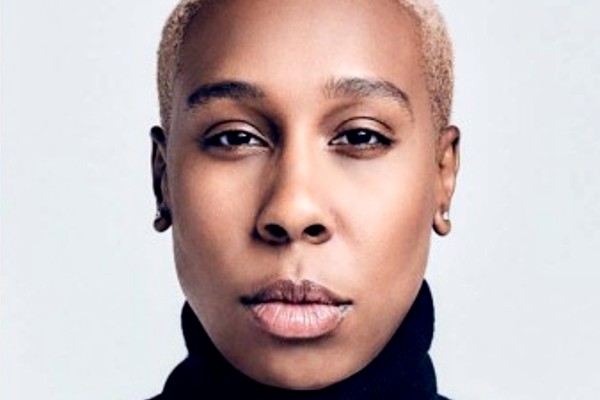 Indeed, the world’s number one job site, today announced it will be extending its partnership with Emmy Award-winning writer, producer, and actor Lena Waithe and her company Hillman Grad Productions.

The partnership’s mission is to further invest in Black, Indigenous, and People of Color (BIPOC) filmmakers.

Indeed is investing $3 million, tripling its initial investment from Rising Voices Season One, by adding a second season and a filmmaker residency program to expand on its commitment to telling diverse stories around the meaning of work and providing opportunities for marginalized talent.

“We are thrilled to be bringing back the Rising Voices program with our partners at Indeed, ‘ said Waithe and Hillman Grad President, Rishi Rajani. “This year’s brilliant films and filmmakers proved that there are so many stories out there to tell and so many artists ready to tell them. Creating these opportunities for underrepresented voices and kickstarting their careers is fundamental to our mission here at Hillman Grad. We are grateful to Indeed for their trust in us as we continue to grow this initiative. 100k per film. 10 films. Year 2 applications are open now!”

“The incredible work of the filmmakers in Season 1 of Rising Voices demonstrated our belief that talent is universal but opportunity is not. The proof is in the amazing achievements of the filmmakers since their premiere at the Tribeca Festival,” said Indeed CEO Chris Hyams. “I am ecstatic to expand our partnership with Lena Waithe and Hillman Grad Productions to our new production and development lab for three of the filmmakers we discovered last year, and to help another class of filmmakers be seen, heard, and financed. I am excited to see how the new voices and perspectives will showcase the meaning of work to the millions of people who rely on Indeed to find their next job.”

This increased investment by Indeed will include two programs:

Rising Voices Season 2: Indeed and Hillman Grad Productions are reprising their creative call to filmmakers to share stories around the meaning of work and how connecting all people to opportunity leads to better lives.

This creative call kicks off today, with 10 filmmakers being selected by early February 2022. Each filmmaker will be given a production budget of $100,000, for a total of $1 million, to create a short film (under 15 minutes).

Their films will debut at the Tribeca Festival in 2022. In addition, the selected filmmakers will be mentored by a variety of filmmakers including Lena Waithe, will be awarded a $10,000 writing fee and will have access to a production line crew.

Modeled after Indeed’s incubator program, which funds new product ideas internally, Hillman Grad will work with the filmmakers to develop ideas and create content for Indeed.

A $2 million production budget from Indeed has been allocated to The Lab, and Hillman Grad will provide production support. Each filmmaker is awarded $100,000 for their role as filmmaker in residence.

“Continuing this partnership with Lena Waithe and Hillman Grad will expand the creation of sustainable job opportunities for talented underrepresented creatives,” said LaFawn Davis, SVP at Indeed. “We are excited to also provide mentorship throughout this process to further enhance the experience for the filmmakers and help prepare them for a career in the film industry.”

Rising Voices originally launched in February of 2021 and was highly successful with over 800 filmmakers applying for the opportunity to be a part of the program and more than 650 jobs created throughout the process.

The finalists’ films debuted at the Tribeca Festival this past June. Other achievements from the first season’s finalists include:

David Fortune is in development for a docu-series and a follow up to his Rising Voices short film “Shoebox”
Deondray Gossfield and Quincy LeNear Gossfield’s Rising Voices film “Flames” won two awards: First Runner Up for Best Local Short Film and a win for Excellence in Cinematography at the Out On Film Festival in Atlanta.

Boma Iluma, Director of the Rising Voices film “Comfort”, has been selected as a Young Guns 19 Finalist, and he is directing part of an upcoming feature “The Seven Faces of Jane” Kantú Lentz’s Rising Voices film “Coche Bomba” was screened at the Austin Film Festival, and she is preparing to make her TV directing debut on NBC’s “Chicago Fire.”

Ventureland and 271 Films are also returning as partners in the program. Filmmakers interested in participating should visit the Rising Voices site and submit their screenplays highlighting how jobs can change the world by January 4, 2022.

More people find jobs on Indeed than anywhere else. Indeed is the #1 job site in the world (comScore, March 2021) and allows job seekers to search for millions of jobs in more than 60 countries and 28 languages. Over 3M employers use Indeed to find and hire new employees, making Indeed the largest job site in the US, Canada, and the world.

More than 250 million people each month search for jobs, post resumes, and research companies on Indeed, and Indeed delivers twice as many hires as other branded job sites combined (BreezyHR, 2020). For more information, visit indeed.com.

Hillman Grad was founded by actor, producer, and Emmy®-winning writer Lena Waithe and Rishi Rajani to create art that redefines the status quo by amplifying and celebrating the stories and voices of diverse, historically marginalized communities across all industries.

Hillman Grad Productions, their development, and production arm, is home to the producers behind award-winning films like The Forty-Year-Old Version and Queen & Slim, with upcoming projects set at Netflix, BET, Disney, Amazon, Universal, Focus, and MGM.

Upcoming projects include Chang Can Dunk, an American sports-drama and underdog coming-of-age story written and directed by Jingyi Shao, and A.V. Rockwell’s feature debut A Thousand And One, starring Teyana Taylor, both of which are currently in post-production.

Additionally in development Hillman Grad is working on a Harlem born Sammy Davis Jr. biopic based on his daughter Tracey Davis’ book, Sammy Davis Jr.: My Father, and Universal’s forthcoming drama Talent Show in which Cynthia Erivo is set to star; and Being Mary: The Mary Tyler Moore Documentary, directed by James Adolphus which is set to premiere in 2022 is also in production.

For television, they recently signed a multi-year exclusive overall deal with Warner Bros. Television Group, where they will produce new television programming for all platforms, including Warner Media’s HBO Max, external streaming services, cable, and the five broadcast networks.

Their first project under the deal is Hoop Dreams, a scripted drama from Waithe inspired by the landmark documentary film of the same name, which was directed by Steve James, and produced by James, Peter Gilbert, and Frederick Marx.

Prior to the WBTVG deal, they executive produced The Chi for Showtime, BET’s hit series Twenties, and the Amazon original series Them, as well as upcoming series Birth of Cool and Twenties the After Show hosted by B. Scott for BET+, both currently in production.

The company has expanded to include the recently formed Hillman Grad Records with Def Jam Recordings and partnered with independent book publishing company Zando.

As one of Zando’s first founding publishing partners, Hillman Grad will acquire and publish four to six books over a three-year period, including memoirs, young adult titles, and literary fiction.