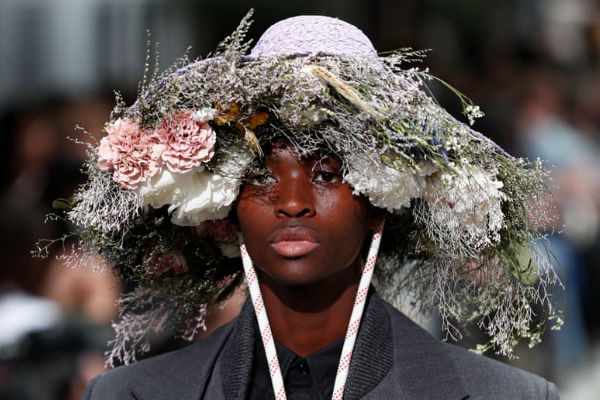 The Guardian writes that with Karl Lagerfeld’s death in February, there is a vacancy in Parisian fashion for a designer to turn fashion shows into a spectacle. Virgil Abloh, in his role as artistic director of Louis Vuitton, has made his case with his men’s spring/summer 2020 show – an immersive installation drawing on the iconography of Paris.

Taking over an entire square just across from the Louis Vuitton headquarters, the location was a cross between a movie set, an amusement park and a love affair to Paris, including Notre Dame, which could be seen from the square. Guests including Frank Ocean and Lewis Hamilton could explore, in no particular order, souvenirs stalls, brasseries, crepe stands, a bookshop, a balloon artist and a bouncy castle. In a way that the branding master Lagerfeld would have approved of, Louis Vuitton’s logo was omnipresent: on table cloths, on tiny Eiffel towers and, most prominently, on the top of the bouncy castle. 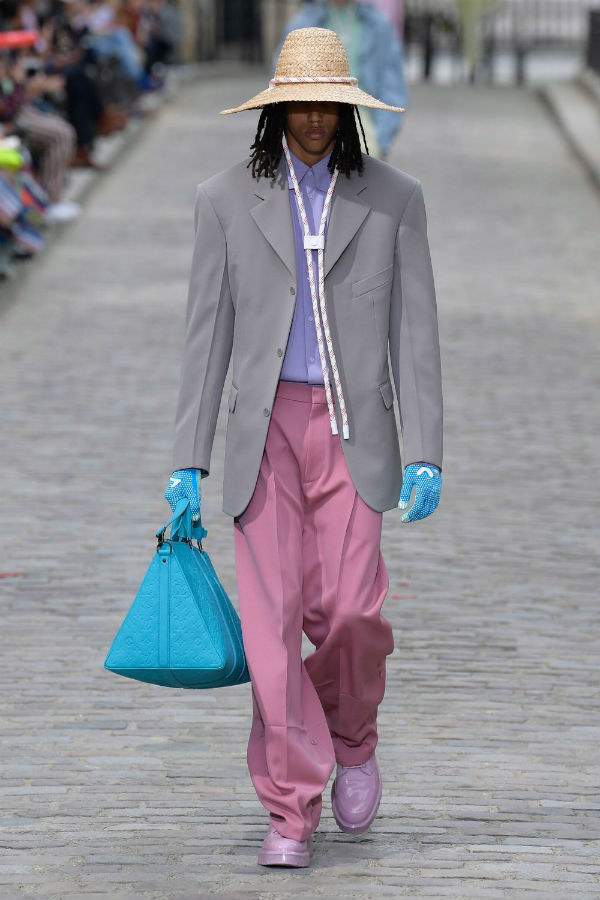 If Abloh’s own label, Off-White, had streetwear at its roots, this show felt more romantic and more experimental. Flowers were central to the collection, as well as gardening – hardly a typical pastime for a young Off-White buyer. One model had a hat woven from blooms, another carried a bag constructed with wildflowers. Suits had trousers with embroidered flowers up the leg. There were also gardening accessories: gloves, straw hats worthy of Vita Sackville-West and Wellington boots.

This was not just the usual cliche of florals for spring. Instead, in the show notes, Abloh revealed he used them as a “naturally occurring metaphor for diversity”. This statement was accompanied by a map detailing the place of birth of each model, as well as their parents’ places of birth. Further, in the notes, Abloh wrote:

“Youth is global. We are all one. We are the world.”

Other models, including the premier league’s most fashionable footballer, Arsenal’s Héctor Bellerín, and one of the world’s hottest rappers, Octavian, had less-flower themed looks. There was pastel tailoring, hot pink hoodies, and suits, and separates with a feel of martial arts kits reports our source.

In a new move for Abloh, some outfits had a gender-fluid feel: one model wore a skirt (fast becoming a trend at Paris menswear shows), and another had pastel tie-dye chiffon blouse and trousers delicately printed with the Louis Vuitton monogram. The invitation for this show was a kite-making kit, and the final looks featured kites and other structures similar to those seen on the catwalk of the London designer Craig Green. 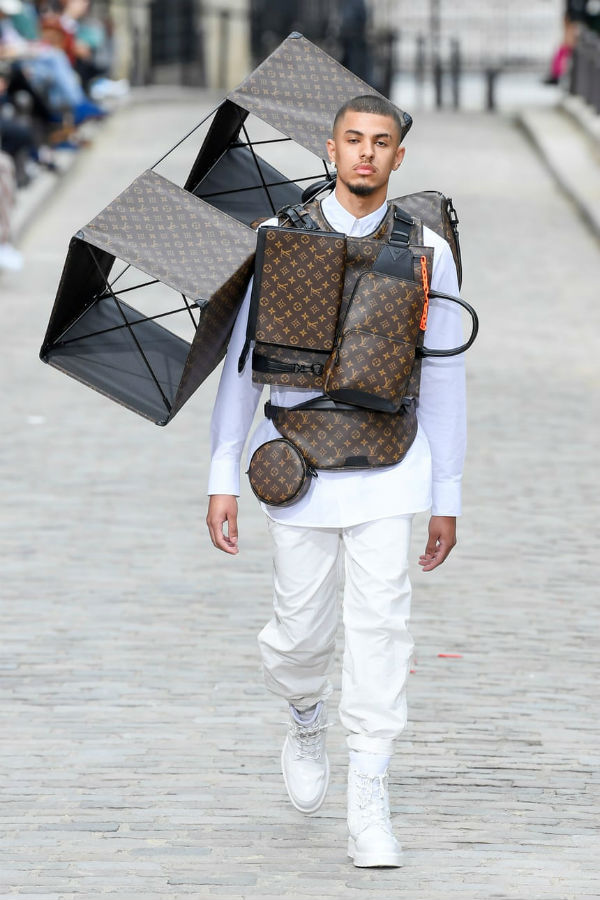 Abloh’s work for Louis Vuitton has not been without its controversy. This collection follows the autumn/winter 2019 show, where Michael Jackson featured as the muse of the designer – only months before the Finding Neverland documentary featured allegations against the pop star for child sexual abuse. It was announced in March that Louis Vuitton would not produce the pieces from the collection inspired by Jackson.

Thursday’s show marked Abloh’s first anniversary of joining Louis Vuitton. When he was appointed – as the first designer of color to hold such a high profile position – the brand’s chief executive, Michael Burke, praised his

This has worked out well already: Abloh’s first collection for the brand sold nearly 30% faster than the much-hyped collaboration with Supreme in 2017. It is estimated that the menswear accounts for around 25% of sales at Louis Vuitton.

LVMH, the conglomerate that owns Louis Vuitton, knows that menswear is a growing market, particularly in Asia. It could reach $46 billion by 2023, according to Euromonitor. In a recent article forBusiness of Fashion, Sidney Toledano, chairman, and chief executive of the LVMH fashion group, said:

“Paris became the menswear capital in terms of creativity … LVMH, in particular, has been excellent in the last seasons because we have the talent, the organization.”