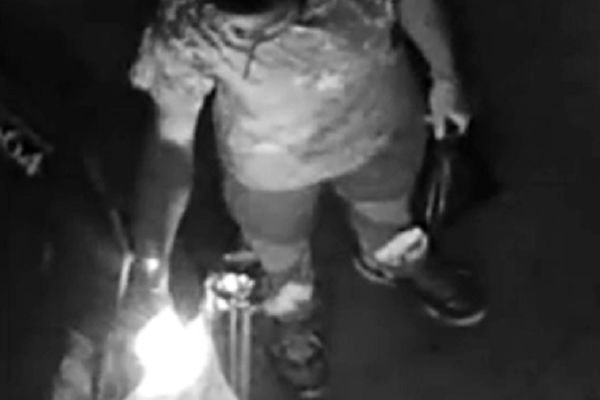 New video shows what police are calling a hate crime outside one of the only gay bars in Harlem our source reports.

The surveillance video shows the moment an arsonist lit up a pair of rainbow flags at the Alibi Lounge just after 1 a.m. Friday, one day before the start of the city’s Pride Month celebrations.

Photos of the scorched, multi-colored flags were posted online, and police are stepping up their efforts to catch the person responsible.

“It’s a little bit scary, but we have to keep our thick skin and keep working and keep doing what we do for Harlem and for our community,” manager Ashley Lugo-Bronson said.

Luckly, no one was injured.

On its Instagram account, the business bills itself as the one of the only black-owned gay lounge in New York City, serving food and drinks.

Bar owner Alexi Minko and some employees ran out to extinguish the flames, with the help of the rain. Then he realized what was burning.

“It became obvious it was a crime, a deliberate criminal act,” Minko said.

On fire were the two pride flags Minko has hung at his entrance every day for the three years he’s been in business.

Read the entire article and see the video here.