Video Of Cop-On-Cop Tussle In Harlem 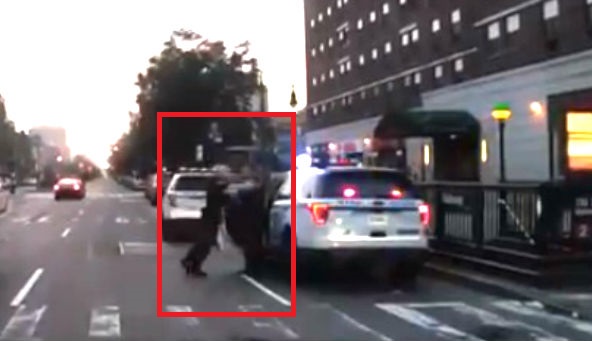 The NYPD is investigating two cops after a video surfaced of them fighting in the middle of a Harlem street, according to reports.

The video, first published by the New York Post, shows two cops shoving each other while their cars are pulled over to the side of Malcolm X Boulevard and West 116th Street reports Patch. One of the cops, who appears to have just exited his vehicle when the camera started rolling, is seen walking toward the second cop’s car when the fight breaks out, according to the video.

The second cop exits his car and shoves the other officer, which results in a struggle, according to the video. Eventually, other cops restrain the two fighting officers, the Post reported.

It’s unclear when the brawl seen on the video occurred or why it occurred.