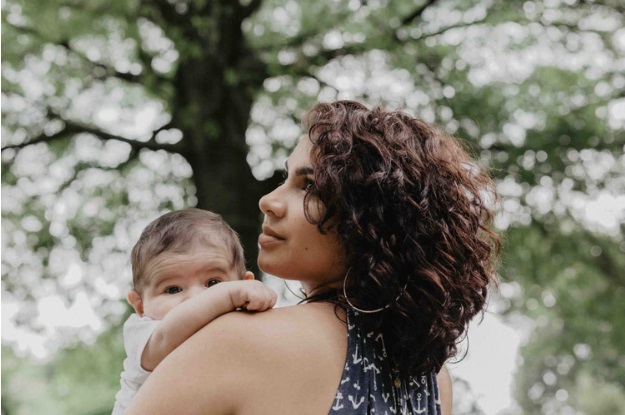 In a 5-4 majority opinion the U.S. Supreme Court ruled the Trump administration’s termination of the Deferred Action for Childhood Arrivals (DACA) program violated the Administrative Procedure Act and was, thus, unlawful.

More than 800,000 DACA recipients – and 50,000 New Yorkers – will no longer be at risk of being separated from their families, and communities.

In New York, 9,200 DACA recipients are serving as front line workers. 1,200 of them are healthcare workers. DACA recipients make up the backbone of this country, as nurses, teachers, EMT workers, small business owners, and much more. According to a Morning Consult/Politico poll released this month, more than three-quarters of American voters support these Dreamers and believe they should have a path to citizenship. This support extends to Trump voters, with 69% of Americans who voted for Trump in 2016, saying they support Dreamers.

“Today’s Supreme Court ruling on DACA shows what we all knew: Trump’s immigration policies are arbitrary, capricious, and just plain stupid. It’s a victory for America’s families, communities, health, and economy,” said Steve Choi, Executive Director, New York Immigration Coalition. “In New York, the epicenter of America’s COVID-19 outbreak, 50,000 New Yorkers and their families can sigh in relief, though only until the next cruel attack on immigrant communities. The Trump administration has already proved that it is willing to go to any lengths to end immigration as we know it—from extremist immigration bans, to dramatic cuts to legal immigration to administrative rule changes implemented without any Congressional oversight.

“But the fight isn’t over. We need to end this administration’s continued threats on New York’s families, especially during a time of global unrest and economic uncertainty. The solution is on Mitch McConnell’s desk – the Senate should immediately take up and pass the Dream and Promise Act today.”

“Today’s decision by the Supreme Court finally recognizes the humanity of millions of DREAMers,” said Assemblymember Catalina Cruz. “For more than two years we had lived with the fear that they would once again face separation from their families and deportation to a country that was no longer their home. But more work must be done, as this is a temporary band aid, and we need real immigration reform that will ensure that every undocumented immigrant, including the original DREAMers, our parents, have a path to citizenship. Our community members love this country, and have invested their lives in their pursuit for liberty, fighting on the front lines during COVID and before. We must do right by every family to ensure that reform becomes a reality.”

“We are thrilled to see the Supreme Court uphold the rule of law and critical protections for the tens of thousands of New Yorkers who have received DACA. We have long recognized their inextricable ties and significant contributions to our communities. We wholeheartedly join our Dreamers and their families in celebrating today’s victory, a testament to not only their years-long advocacy but also their important roles in their communities,” said Bitta Mostofi, Commissioner of the Mayor’s Office of Immigrant Affairs. “But we also know that the fight must continue. We call on the Senate to pass the American Dream and Promise Act so that the hundreds of thousands of Dreamers around the country can be on a path to citizenship. Call Action NYC at 1-800-354-0365 where we can answer your questions and can offer free and safe immigration legal help.”

“This is more than a victory for the rule of law. It is a victory for decency and humanity,” said City Council Member Carlos Menchaca, Chair of the Immigration Committee. “Over 800,000 Americans can now breathe knowing their decision to apply for DACA did not mean they were endangering themselves or their families. Yet the Trump Administration’s cruelty was dismissed on procedural, not substantive grounds. That means the fight continues. Congress must now act to create a permanent solution for Dreamers and our 11 million undocumented neighbors. We must abolish ICE. That starts by removing this failed President from office in November.”

“I am excited about the SCOTUS decision to uphold the DACA program that has allowed over 825,000 immigrant youth protection from deportation that allows us the opportunity to grow,” said Ronnie James, Central Brooklyn Organizer at the Mayor’s Office of Immigrant Affairs and DACA recipient. “However, I am also disheartened by the history of immigration policy in the U.S., which has disqualified and denied access to permanent status to migrants. We cannot rest until we have a pathway to citizenship for all 11 million undocumented people.”

“Today is a victory for our immigrant community that also has a deep impact in our schools. DACA has transformed the lives of thousands of undocumented families in our New York City public schools, including my own,” said Vanessa Luna, Co-Founder & Chief Program Officer, ImmSchools. “As a former DACAmented teacher in New York City, I know first hand the impact DACA had on my ability to access resources and the dream of becoming a school teacher. Nationally, there are over 9,000 DACAmented teachers and thousands of DACAmented parents in our schools. Our work at ImmSchools in partnership with schools across New York City would not be possible without the leadership of DACAmented educators, students and family members. Today and always we celebrate this power and are humbled by our strength and resilience to continue to persevere in times of uncertainty inside and outside of our schools. Now more than ever, schools must be resources and safe spaces for our immigrant community and continue to come together to fight for protection for all in the undocumented community ensuring they are treated with dignity regardless of immigration status.”

“Asian Americans and Pacific Islanders (AAPIs) remain one of the fastest growing racial groups, yet one in seven AAPI immigrants is undocumented. Today’s Supreme Court decision on DACA is a huge win for the low-income, immigrant community CPC serves and is a significant milestone in the longer fight for immigrant justice,” said Amy Torres, Director of Policy & Advocacy at the Chinese-American Planning Council (CPC). “At a time when the nation is gripped in conversation about policing, justice, and community investment, CPC calls on fellow advocates to use today’s celebration as a rallying point forward. Together we continue the fight against police brutality, to end the criminalization of immigrants through the New Way Forward Act, and to provide a pathway to citizenship through the Dream and Promise Act.”

In the fall of 2017, President Trump terminated the DACA program, multiple federal courts then ruled the administration must continue to accept renewal applications. Over fifty percent of DACA recipients under the age of 25 are on track to receive a bachelor’s degree, and in total, over ninety percent of DACA recipients are employed. In the next 10 years, the country stood to lose $460.3 billion in GDP if DACA is ended without a legislative solution. In New York alone, Dream Act-eligible individuals in the workforce would add a projected $1.75 billion to the state GDP annually over ten years.

Within the first few weeks of his administration, Trump issued the infamous Muslim ban, which blocked entry to the U.S. from seven Muslim-majority countries and halted refugees from being admitted for at least 120 days. Over the past few months, the White House implemented more than a dozen changes to the immigration system as a result of the coronavirus pandemic: immigration hearings have been postponed, refugee admissions put on pause and migrants, including children, have largely been barred from entering the United States. On June 15, a 30-day public comment period began regarding the Trump administration’s 161-page draft regulation that raises the standard of proof for migrants hoping to obtain asylum and allows immigration judges to deny applications for protection without giving migrants an opportunity to present their case in court. Later this month, President Trump is expected to issue an executive order temporarily preventing foreign nationals from entering the U.S. with H1B, L-1, H2B, or J-1 status. The proclamation would impact foreign nationals who are not currently in the U.S., and some categories of foreign nationals (e.g., healthcare workers) would be exempt from the executive order.

The New York Immigration Coalition (NYIC) is an umbrella policy and advocacy organization for more than 200 groups in New York State. We envision a New York state that is stronger because all people are welcome, treated fairly, and given the chance to pursue their dreams. Our mission is to unite immigrants, members, & allies so all New Yorkers can thrive. We represent the collective interests of New York’s diverse immigrant communities and organizations and devise solutions to advance them; advocate for laws, policies, and programs that lead to justice and opportunity for all immigrant groups; and build the power of immigrants and the organizations that serve them to ensure their sustainability, to improve people’s lives, and to strengthen our state.