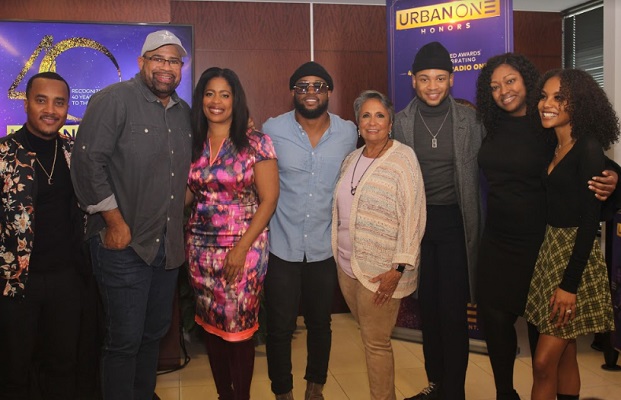 Cathy Hughes, Urban One Founder, and Chairwoman, today announced the honorees, performers and presenters for the prestigious annual URBAN ONE HONORS event on Thursday, December 5, 2019, at MGM National Harbor in Oxon Hill, Maryland. The two-hour telecast will air on TV One, a division of Urban One, on January 20, 2020, the Martin Luther King Jr. holiday.

” Clarence Avant are among the show’s presenters.

“This will be an evening to remember,” stated Hughes. “We are extremely proud to present this showcase of talent in recognition of these exceptional men and women whose contributions “REPRESENT” our capacity to transform industries and effectuate change. I am overjoyed that we can celebrate the anniversary of Radio One with an event that honors what has been our mission of service to our community over these 40 years.”

URBAN ONE HONORS is presented by TV One and Radio One’s Washington D.C. market’s cluster of radio stations: Majic 102.3 and 92.7; WKYS 93.9, Praise 104.1, WOL 1450, Spirit 1340, and The Team 980 and 95.9. The televised event will herald the accomplishments of individuals who have made extraordinary contributions in entertainment, media, music, education, and the community. It will also pay tribute to the 40-year history of Radio One, the radio division of the company, and its extraordinary founder, Cathy Hughes.

Hughes continued, “We are blessed to have Billy Porter as part of our event. No matter how busy the Emmy, Grammy and Tony Award-winning performer is, he has made time to support Urban One and continues to be an advocate for black press.”

“It’s so amazing to be a part of an organization that is about the excellence of black people and to know that I’m an honoree at this year’s Urban One Honors in conjunction with celebrating the 40-year anniversary of Radio One,” stated Ryan Jamaal Swain. “It just shows we’re in a place where we are accepting innovation, diversity and inclusion – and not just buzz words. It’s so beautiful to have my pop-up Billy Porter presenting me with my award and it’s going to be an event that I feel will set the tone for the trajectory of entertainment, media, radio and also the world.”

Tickets to the awards show are available to the public and can be purchased at
urbanonehonors.com.

Urban One, Inc. (urban1.com), together with its subsidiaries, is the largest diversified media company that primarily targets African-American and urban consumers in the United States. Urban One is the parent company of Radio One, Reach Media, Inc. (blackamericaweb.com), TV One (tvone.tv), CLEOTV (mycleo.tv), iOne Digital (ionedigital.com) and One Solution. Formerly known as Radio One, Inc., the company was founded in 1980 with a single radio station and now owns and/or operates 59 broadcast stations (including HD stations) in 15 urban markets in the United States, making it one of the nation’s largest radio broadcasting companies. The Company’s growth led to diversification into syndicated radio programming, cable television and online digital media. As a result, in 2017, Radio One, Inc. was renamed Urban One, Inc. to better reflect the Company’s multi-media operations. While the Company was renamed Urban One, Radio One remains the brand of the radio division and all of its radio assets. Through Reach Media, Inc., the Company operates nationally syndicated radio programming, including the Tom Joyner Morning Show, the Rickey Smiley Morning Show, the Russ Parr Morning Show, and the DL Hughley Show. TV One is a national cable television network serving more than 59 million households, offering a broad range of original programming, classic series, and movies designed to entertain, inform and inspire a diverse audience of adult Black viewers. Launched in January 2019, CLEO TV, is a lifestyle and entertainment cable television network targeting Millennial and Gen X women of color. iOne Digital is a collection of digital platforms providing the African-American community with social, news and entertainment content across numerous branded websites, including Cassius, Bossip, HipHopWired, and MadameNoire branded websites. One Solution provides award-winning, fully integrated advertising solutions across the entire Urban One multi-media platform. Through its national, multi-media operations, the Company and One Solution provides advertisers with a unique and powerful delivery mechanism to African-American and urban audiences. Finally, Urban One owns a minority interest in MGM National Harbor, a gaming resort located in Prince George’s County, Maryland.

, ATL Homicide, Fatal Attraction and Urban One Honors. In addition, TV One is the cable home of original blockbuster films including When Love Kills: The Falicia Blakely Story, Love Under New Management: The Miki Howard Story, Bobbi Kristina and The Bobby DeBarge Story