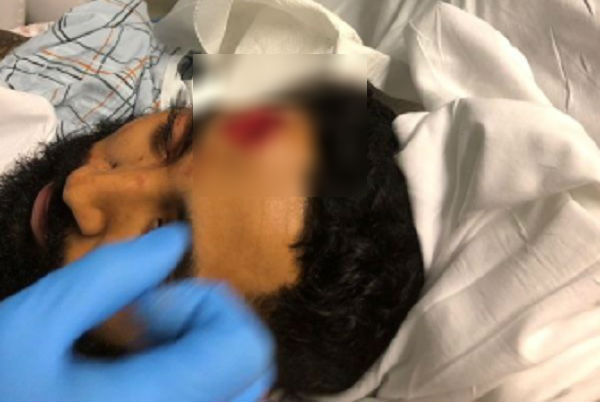 What’s turning into a national epidemic, yesterday afternoon a cyclist was struck from behind by a vehicle on 4th Avenue, between 9th and 10th Streets in NYC. The victim’s name is Andrés Cerezo Ibanes (27 years old). Currently, according to his father, Andres is in stable condition at Bellevue Hospital Center. Andres was not only a delivery cyclist, but a cyclist activist as well who attended rallies and events. The vehicle fled immediately after the crash leaving Andres on the scene. The support of bystanders who recorded and photographed the scene allowed for the NYPD to identify and apprehend the suspect.

The City has begun many initiatives to combat the current crisis impacting the safety of cyclists. I believe that these initiatives must be taken a step farther. We must be more ambitious with our plans to expand the safety of cyclists and pedestrians. We need to set goals that will ensure that our cyclists remain safe on the streets. The City should be looking at creating no less than 100 miles of protected bike-lanes per year. We must show that we value the lives of our cyclists by being more ambitious with our approach in creating safer roads. I will continue working alongside my colleagues at the Council and Advocates to ensure we meet those goals.

Mr. Nicolas Cerezo, Father of Andrés Cerezo said, “We express grief and dismay at the unfortunate crash that nearly took our son’s life yesterday. The accident happened due to the negligence and recklessness of an irresponsible driver on 4th Avenue between 9th and 10th streets, approximately at 3pm last Thursday. He was promptly attended by officers from the Ninth precinct and taken to the hospital. He was admitted into intensive care where he summarily recovered from critical condition. Thanks to God and to the medical attention he received, today I can see my son alive. However, we remain wary of the uncertainty that this could happen to any bicycle worker in the City. I ask you to work together at the City government so that my son’s case could serve as a catalyst for swift action and strict measures to ensure the safety of all New Yorkers.”

“Our thoughts go out to this dedicated working cyclist. We wish him a full and speedy recovery. Traffic violence on New York City streets is real, and it is rampant. Food delivery workers experience this violence every day, yet instead of standing with these victims our Mayor continues to claim without any evidence that food delivery workers pose a danger that requires heavy-handed police enforcement, exacerbating already challenging working conditions,” said Marco Conner, Deputy Director, Transportation Alternatives “We call on the Mayor to rein in this draconian enforcement and focus limited police and city resources on making biking and work conditions safe for New York City’s working cyclists.”