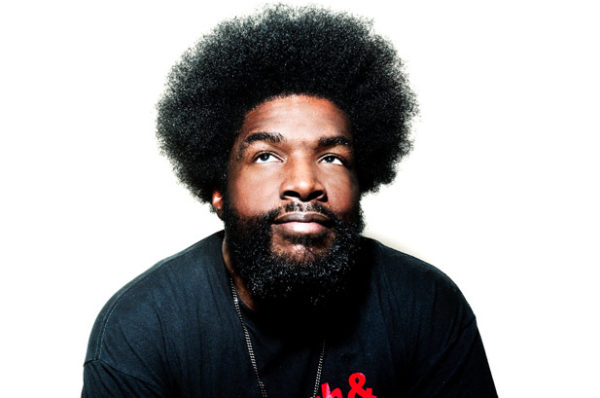 The awards show will be celebrating music trailblazers on Wednesday, March 31, 2021. For almost a decade, UPTOWN Honors Hollywood is made possible by the generous support of Lexus as the returning title sponsor. This year the highly coveted event will take place virtually and include a star-studded virtual red carpet.

Kathryn Bostic, Award-winning composer for films including Clemency and Toni Morrison: The Pieces I am, Singer/Songwriter and first female African American score composer to join the Academy of Motion Picture Arts & Sciences.

“This will be an evening to remember and we are excited about uplifting, empowering, and celebrating Black excellence. Music is a universal language and this year we have the privilege of honoring some amazing music trailblazers with our special music edition,” says Len Burnett, Co-CEO of UPTOWN Ventures Group.

Lexus UPTOWN Honors Hollywood is an evening to remember, bringing together and celebrating the accomplishments of individuals who have made extraordinary contributions in entertainment.

“Lexus is committed to being a visionary brand and we are honored to be a part of such an amazing platform that pays homage to talented and gifted creatives,” says Mia Phillips, Senior Manager of Lexus Advertising & Media.

Questlove is a Drummer, DJ, producer, culinary entrepreneur, New York Times best-selling author, and member of The Roots. Questlove is the unmistakable heartbeat of Philadelphia’s most influential hip-hop group. He is the Musical Director for The Tonight Show Starring Jimmy Fallon, where his beloved Roots crew serves as house band. Beyond that, this 5-time GRAMMY Award-winning musician’s indisputable reputation has landed him musical directing positions with everyone from D’Angelo to Eminem to Jay-Z.

Additionally, Questlove is a strategic advisor, and the first artist ambassador for Pandora, as well as hosting a new series Questlove Supreme on his Questlove Station.

Questlove and The Roots also announced that they are developing an animated children’s series, along with a live-action children’s show, in partnership with Amazon. Most recently, The Roots released the track “It Ain’t Fair” featuring Bilal in conjunction with the critically acclaimed new film DETROIT.

Questlove made his way into the culinary world with his signature “Love’s Drumstick.” Currently, he is hosting a series of Food Salons with world-renowned and innovative chefs at his Financial District apartment in the NY by Gehry building. Questlove partnered with Williams Sonoma to design a line of products that create the ultimate popcorn experience at home and on the go.

Questlove recently launched a new venture in partnership with Adam Sandow, CEO of SANDOW, that will bring new and inspired brands and products to market: CREATIVE HOUSE. CREATIVE HOUSE will unite a diverse mix of artists, designers, inventors to inspire, connect, and ideate.

Related:  In A Dance Class Harlem's Rangel Sits And Reflects

Kris Bowers is nominated for the forthcoming 2021 Academy Awards in the Documentary Short category for “A Concerto Is a Conversation”. Bowers is also an Emmy Award-winning composer and pianist.

From scoring documentaries like Kobe Bryant’s Muse and Norman Lear: Just Another Version of You, to scripted series including Shonda Rhimes and Paul William Davies’ For The People, Netflix’s Dear White People, and SHOWTIME’S Black Monday. In 2018, Bowers had the honor of scoring and collaborating with Academy Award-winning actor Mahershala Ali on the critically acclaimed Green Book.

He received a Primetime Emmy nomination for his work in Ava DuVernay’s 2019 Netflix mini series, When They See Us about the Central Park Five.

Recent releases for Bowers include the film Bad Hair, written and directed by Justin Simien (Dear White People), and the Shondaland series Bridgerton for Netflix.

Most recent is The United States Vs Billie Holiday, starring Andra Day, directed by Lee Daniels. Upcoming for Bowers is the biopic Respect, starring Jennifer Hudson as Aretha Franklin, and the comedy sequel Space Jam: A New Legacy, directed by Malcolm D. Lee, releasing in July 2021.

Kathryn Bostic is an Emmy nominated and award-winning composer and artist. In addition to her composing credits on critically acclaimed films, TV, theater and symphony concert music, she is the recipient of numerous fellowships and other accolades.

Bostic created the score for the award-winning film “Toni Morrison: The Pieces I Am” with her original song “High Above the Water” Oscar Shortlisted in 2020. In 2016, she became the first female African American composer to become a member of the Music Branch on the Academy of Motion Picture Arts & Sciences.

Kathryn Bostic’s diverse composing credits for features and documentaries include “Clemency,” “Black Art: In the Absence of Light,” “Dear White People,” “Middle of Nowhere,” “Rita Moreno – Just a Girl Who Decided to Go for it” and “Amy Tan: Unintended Memoir”. She recently created the original music for 2021 Television series “Delilah” on OWN network.

Bostic has written for Broadway, most notably collaborating with the iconic playwright August Wilson on “Gem of the Ocean” and several productions of his last play “Radio Golf.”

Prominent orchestras have taken note of Kathryn Bostic’s talents, earning her commissions to create concert works for The Pittsburgh Symphony Orchestra, Bangor Symphony Orchestra and Chicago Sinfonietta where she was recently chosen as their first artist in residence.

Morgan Rhodes is a music supervisor. After a stint on public radio’s taste-making radio station KCRW, her career started with the Sundance Award-winning film Middle of Nowhere, a film that earned her the AAFCA award for Best Music.

This began a journey that would include the Oscar-winning Selma whose soundtrack was Grammy-nominated for Best Compilation Soundtrack for Visual Media.

Other credits include film and television projects like Queen Sugar, Dear White People, Bad Hair, Run The World, Vinyl Nation, Self Made: Inspired By The Life of Madam CJ Walker and the forthcoming films MIXTAPE and Space Jam: A New Legacy.

Lexus began its journey in 1989 with two luxury sedans and a commitment to pursue perfection. Since then, Lexus has developed its lineup to meet the needs of global luxury customers in more than 90 countries. In the United States, Lexus vehicles are sold through 242 dealers offering a full lineup of luxury vehicles.

Founded in 2004, UPTOWN is the only luxury lifestyle brand that targets the Affluent African American (AAA) Market. UPTOWN Magazine provides our partners the broadest access to this highly sought-after audience.