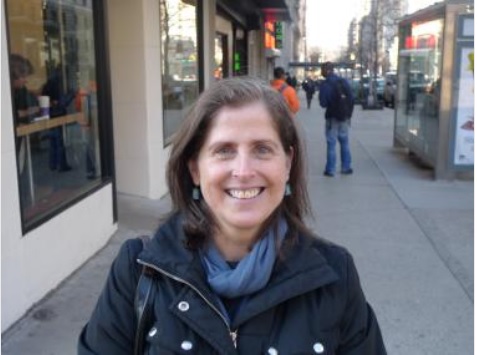 The legislation follows a horrific December 2018 incident at a Brooklyn DSS/HRA center in which a mother was arrested and her young son forcibly taken from her after a dispute with center staff. The mother, Jazmine Headley, had gone to the center after her childcare benefits were suddenly cut off. Headley spent five days on Riker’s Island after her arrest. All charges against her were subsequently dropped and the City issued an apology.

Information secured through Council Member Rosenthal’s legislation (Int 1382) will be used to ensure that such incidents never happen again, and that DSS/HRA makes all necessary changes to ensure the proper treatment of every New Yorker who visits one of its centers.

“Over the years we have received many accounts of the poor treatment of New Yorkers who visit City-run public assistance and SNAP centers in need of assistance,” said Council Member Rosenthal, Chair of the Committee on Women and Gender Equity. “This remains absolutely unacceptable, and what happened to Jazmine Headley is a stark reminder of the indignities and injustices that low-income residents are forced to endure.”

“The way we treat our most vulnerable residents is a direct reflection of who we are as a city. Anyone who seeks assistance should be able to expect respectful and efficient service. Tragically, this is not the case,” Council Member Rosenthal continued.

Council Member Rosenthal’s bill requires a full audit of DSS/HRA operations, policies and procedures relative to its centers, and that the review be conducted in consultation with advocacy organizations who also serve center visitors.

The audit will examine issues raised by the organizations, along with metrics such as:

Findings and recommendations from the audit must be provided to the City Council and the general public by March, 2020. DSS/HRA must also report how they plan to address all identified issues, whether they will implement recommendations made by the advocacy organizations, and their reasons for not implementing a particular recommendation.

“I’m proud to join my colleagues in pushing forward this package of legislation,” said Council Member Rosenthal. “It is imperative that we get to the bottom of the institutional failures that led to HRA’s terrible treatment of Jazmine Headley. Ms. Headley and too many other New Yorkers are essentially being punished for their need to seek assistance and the crime of poverty. As a society, that is our failure, not theirs.”