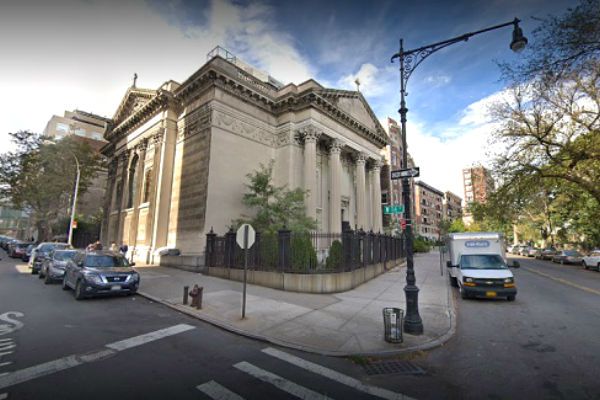 A Catholic priest has resigned from his Upper West Side parish following multiple sexual abuse allegations, according to a letter sent by the priest to his parishioners.

Monsignor John Paddack will step down from his role as the administrator at the Church of Notre Dame at 405 West 114th Street in Harlem “for the good of you parishioners, the parish, and the church,” while the accusations against him are reviewed, Paddack wrote in the letter.

Rafael Mendoza went public with abuse allegations against Paddack in March, claiming that the priest molested him as a student at Cardinal Hayes High School in the 90s. Mendoza called on the New York Archdiocese to suspend Paddack so that he cannot have any more contact with children. Mendoza and four other unnamed victims claimed they were abused by Paddack between 1988 and 2002 when the priest taught at three different high schools, according to lawyers representing the alleged victims.

“He took advantage of me when I was at my weakest point,” Mendoza said Tuesday. “I believe he should be removed. I don’t know if he is still [abusing] anyone else or any kids out there.”

Mendoza said Paddack abused him in 1996 during his freshman year at Cardinal Hayes High School in the Bronx when he was just 14 years old. Mendoza was new to the school and said he was abusing pills and suicidal when he reached out to Paddack, the school’s counselor, for help.

After opening up to Paddack during their first session, Mendoza returned for future sessions where the priest’s conduct grew increasingly abusive. Mendoza said he still remembers the cold feeling of Paddack using a stethoscope to fondle his genitals and the priest’s face turning “bloodshot red.” Paddack would also rub against Mendoza’s crotch with his knee and grab his face during sessions, he said Tuesday.