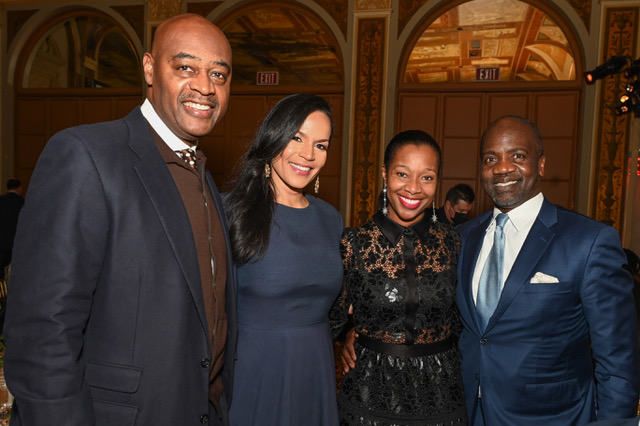 The Riverside Hawks 60th Anniversary Gala was held at the landmark Plaza Hotel in the Terrace Room.

Academy Award-winner Spike Lee and his wife, producer, entrepreneur, and advocate for women and infant health, Tonya Lewis Lee were Honorary Co-Chairs and there in spirit.  DJ Quick was the master of the music for the evening.  The gala took place on December 7, 2021.

“I’ve been with the church 35 years and a member of the Board since 2004.  I’ve always been a supporter of young people.  Ever since I joined the church, I have been supporting the youth programs overall.  I love working with young people.  Tonight is fantastic!  I’m walking on air tonight.  I’m so proud of our children and board members as well.”  Dr. Emily Anderson, Board Member

“I’m really excited to be here for this event.  I think 60 years for any organization is monumental.  My son plays basketball at Riverside.  He’s a part of a bunch of different programs and we’re excited to be a part of it.   Jazmin, Parent of a 9-year-old athlete

“You know, it feels fantastic!  I’m so excited to be here tonight.  I’m so excited that “we can” be here tonight.  It’s been a long time since we’ve been able to get together in person.  We had a virtual gala last year.  But you know we’re all out here to support the Riverside Hawks.  We have amazing honorees. People who know and love basketball.  People who know and love youths that are involved in sports and academics and support that combination between academics and sports.  Scholar athletes graduate from high school and go on to college.   Riverside is a vehicle for these students to get the tutoring that they need, the test prep they need and get into great schools.  Whether or not we’re talking about boarding schools, private schools, prep schools, or catholic schools  They graduate and go to college.  Basketball is their vehicle to opportunities beyond that may not have been achieved otherwise.”  Erika Irish Brown, Parent of 8th and 10th-grade athletes, Riverside Board member

Together, in partnership with students, parents, educators, and coaches, the program is able to build a strong support system for its young people, providing the necessary tools needed to ensure success both on and off the court.   The program’s value is vested as much in the academic initiatives it provides, as in the strength of its basketball training.  Riverside offers real support through free tutoring programs, high school placement support, and SAT/ACT PREP and Writing Classes for college applicants.  In addition, Riverside Hawks have partnerships with important organizations like Mt. Sinai to provide internships that allow minority youth an opportunity to explore their interest in Medicine.  There is also the Leadership Academy to help increase interest and familiarity with STEM, and the Saturday Night Lights program offering free basketball instructions on Saturdays to over 40 kids each week from Harlem, the Bronx, and Washington Heights.

During the honoree awards ceremony, an elegant dining setting was the backdrop for dinner.  The menu featured mini cheese tarts as appetizers, filet mignon, and broccolini paired with red and white wine.   Honoree awards were presented by longtime friends and special guests.

BET’s Scott M. Mills, who was recently promoted to Chief Executive Officer of the Networks, received his award from long-time friend and colleague Erika Irish Brown; Maurice Coleman, Market Executive for Commercial Real Estate Banking, Bank of America received his award from TIAA CEO Derek Ferguson. NBA superstar, entrepreneur, and Mental Health advocate, Metta World Peace, a one-time Riverside Hawk, was this year’s Alumni Honoree.  All three men were examples of the power of leadership and teamwork in building and caring for the community and reflected the foundational tenets of the organization.

Longtime coach Dermon Player was inducted into the Riverside Hawks Hall of Fame, and award-winning film and television producer, Crystal McCrary-McGuire and her husband Ray McGuire, who reminded attendees, jokingly, about his failed Mayoral bid, proved himself an eloquent and dynamic speaker, as he presented the “Coach of the Year” award to youth coach, Hector Almodóvar. 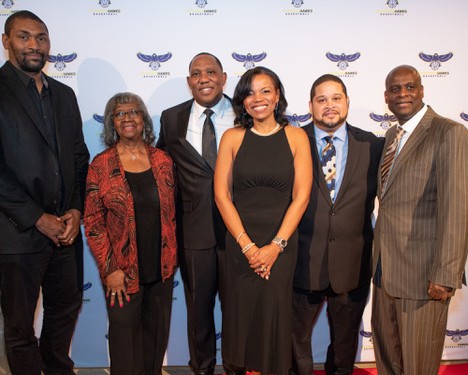 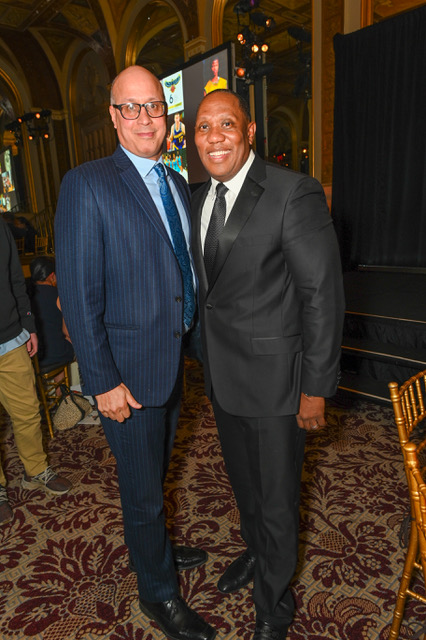 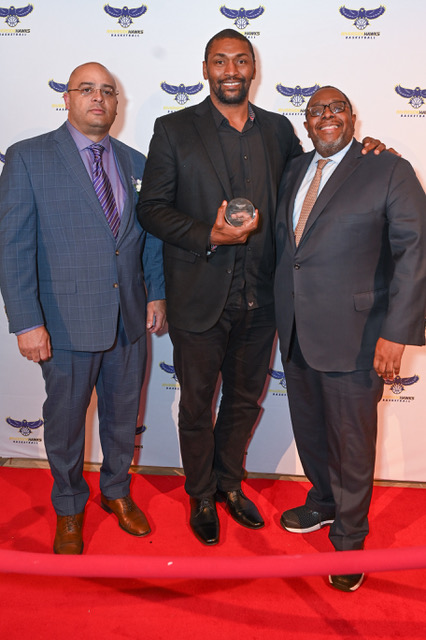 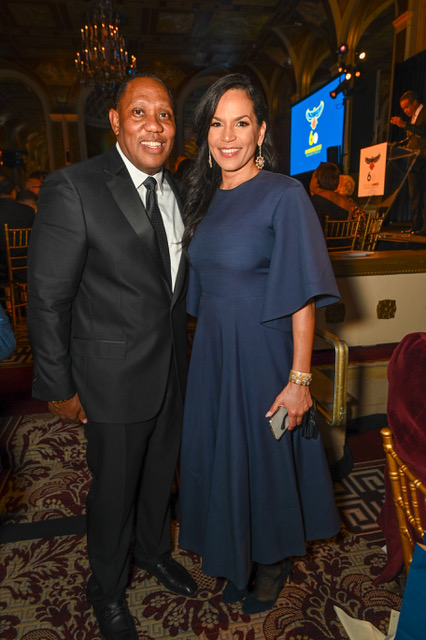 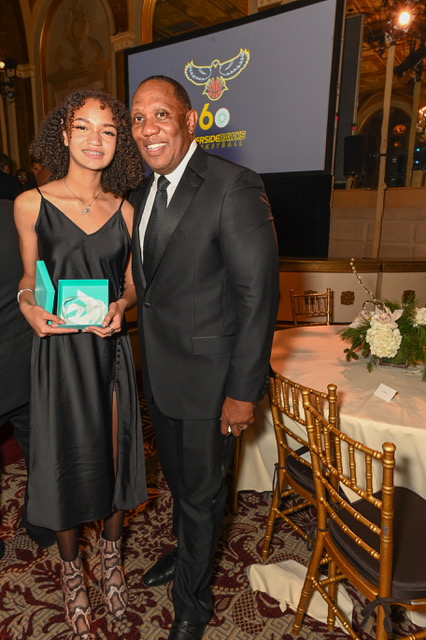 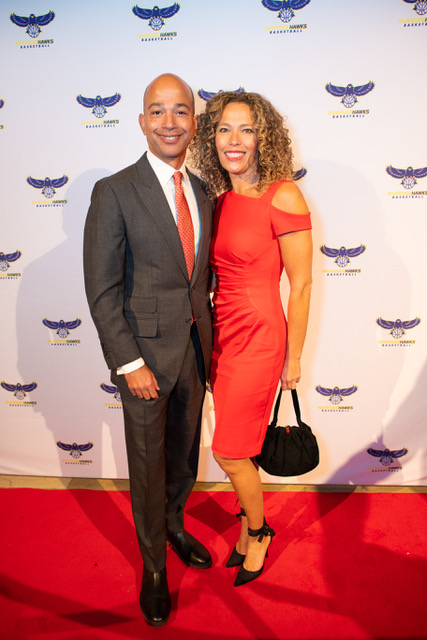 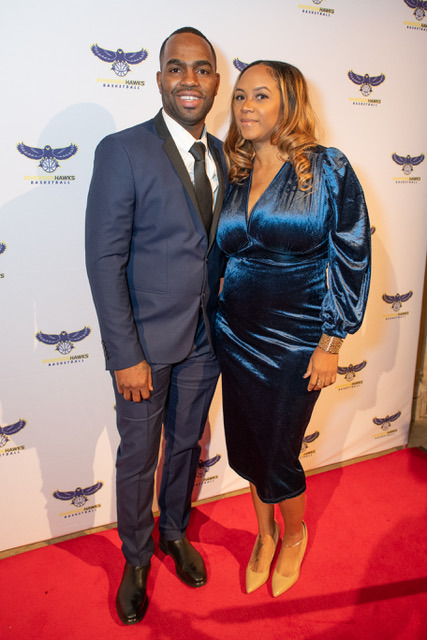 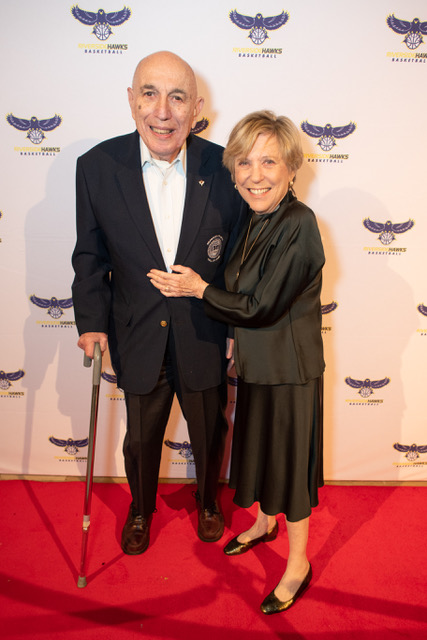 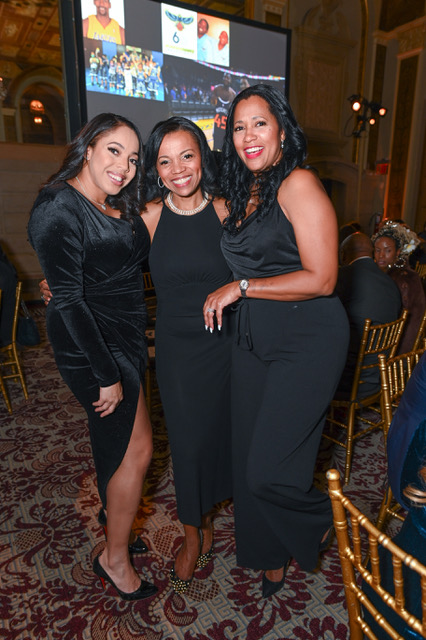 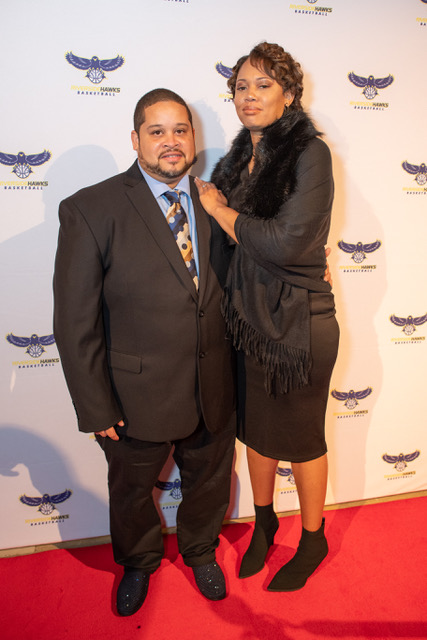 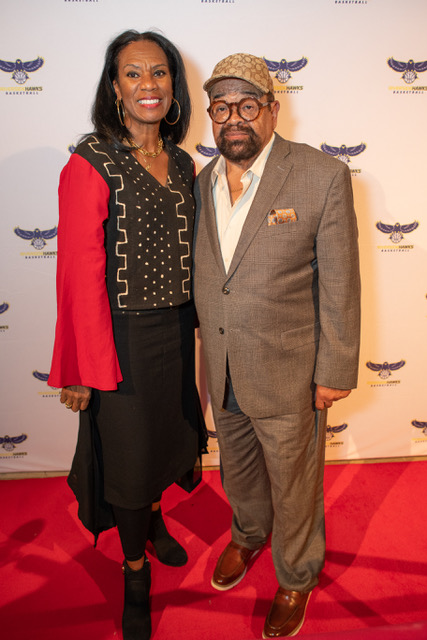 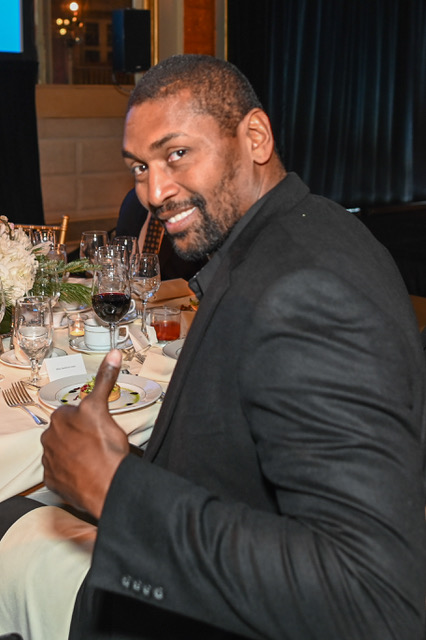 Making the occasion even sweeter, the organization successfully raised more than $130,000 from donors in attendance and more than $900,000 overall.  Organizations like Riverside Hawks are integral to the framework of our community and we are thrilled to see them thrive. 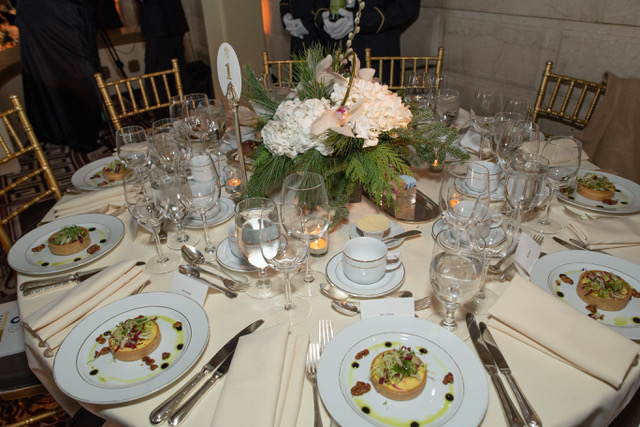 The gathering was not only a celebration but an occasion to raise additional financial support to ensure that this program continues for another six decades and more.

Interview with the Honorees

CC Minton:  You’re an NBA Champion, entrepreneur, and mental health advocate.  Tell me what it feels like to be honored on the 60th anniversary tonight?

Metta World Peace:  It’s great to be here with Riverside Church.  I remember when I was a kid, I played with Brooklyn-Queens Express, and then I got upgraded to Riverside Church.  They took care of us.  We were basically professionals at the age of 15 as far as how they treated us. Elton Brand, Lamar Odom, Ty Jerome, Donovan Mitchell, and there are more.  We had a lot of great players who played with us.

CC Minton:  What is the one skill you took from Riverside Hawk into the NBA?

Metta World Peace: Teamwork.  No one averaged over 14 points.  That’s why people look at how we played and how Lavon Odom played.  We were very unselfish because we all shared. One summer we played a lot of games but no one scored over 14 points.  We all learned how to play a team game here at the church.

CC Minton: Tell me how you feel at this celebratory event?

Maurice Coleman:  Amazing!  This is the 60th anniversary of a legendary program that has produced so many phenomenal athletes but scholar-athletes. People who have become leaders in industry and people who are committed to enhancing the community.  The Riverside Hawks is a symbol of a hawks thorn. and with that hawk’s thorn is a symbol of reaching your highest heights and this is what this program has been about.  Setting the highest standards because it understands inherently that no one rises for low expectations.

CC Minton: I know they’re calling you but would you answer a quick question. How does it feel to be a part of this 60th-year celebration?

Scott M. Mills: This is special.  There’s only one Riverside Hawks.  Nationally recognized and not for just ballers but for doing what they do with young people.  They’re innovative.  Getting them into college, changing their lives and it’s a good thing.  So, it’s just amazing.

Hector Almodóvar: It feels great to be here.  I’m one of the honorees.  I’m Coach of the Year.  For Riverside to be around for 60 years; that’s pretty big and it’s still going strong.  I just hope we can raise enough money for the kids tonight.

CC Minton:  Are you a head coach or do you coach a particular age group?

Hector Almodóvar: I’m the head coach for the 3rd and 4th-grade team and the elementary school coordinator.

Founded in 1961, the Riverside Hawks began solely as a youth basketball program based in the iconic Riverside Church in Harlem, NY.  Over the past 60 years, the organization has blossomed into a year-round academic/athletic program serving more than 300 girls and boys who live primarily in the New York Metropolitan area. Now nationally recognized for both its superb basketball teams and the academic success of the young people who are a part of the program, the Riverside Hawks are focused on shaping productive citizens.