Up Close With CC Minton: Rodney Keenan Milliner’s Castle To The Stars In Harlem 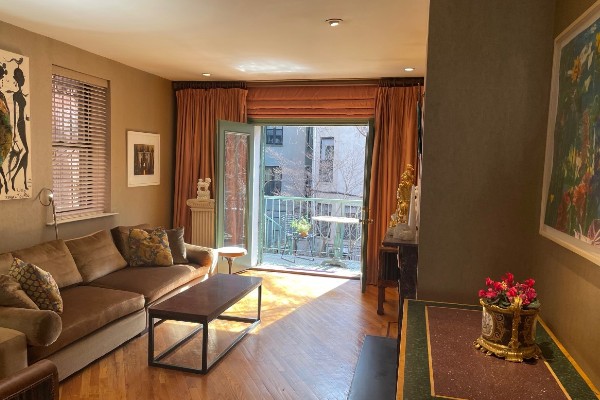 Harlem, known for its’ renaissance, is also popular for the arts, black culture, The Apollo Theater, and a plethora of fine restaurants.

Although new architectural buildings and booming businesses are moving into the city, one of the most nostalgic memories of the original Dutch village is the historical brownstones that can be found on Striver’s Row and an all-around town.

The Castle, once a diamond in the rough, is located on the West side of Harlem. When Rodney Keenan, celebrity milliner to the stars, turned it into a gem, his investment in real estate turned out to be a winner beyond Striver’s Row.

With his busy schedule, I was lucky to catch up with Keenan, for an interview, while he was away in the United Kingdom.

Keenan’s story of converting his diamond in the rough into a gem is an interesting one. You just wait and see. 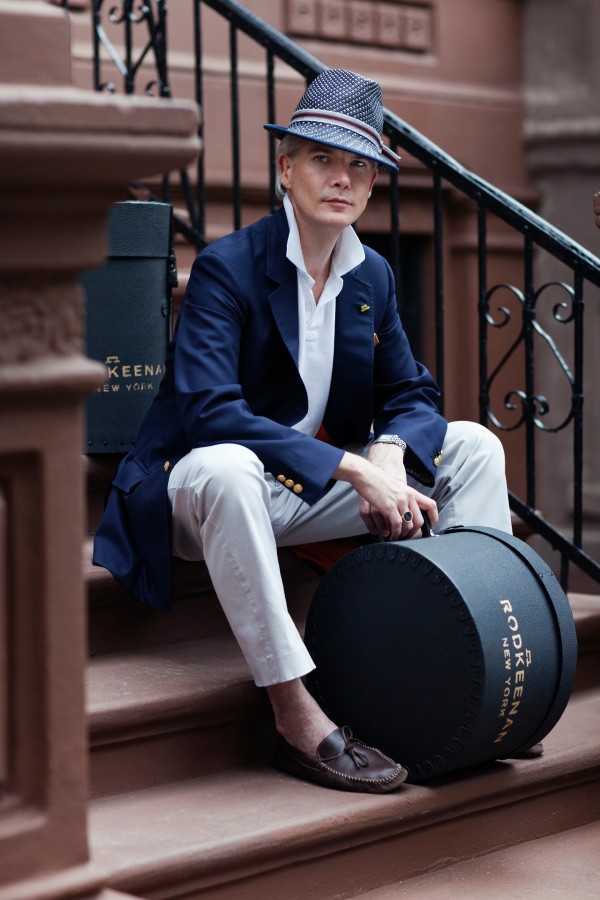 Here’s the interview with CC Minton and Rodney Keenan:

CC Minton: How long have you lived in The Castle at 202 West 122nd Street and what do you enjoy most about living in almost 5,000 square feet in the city?

Rodney Keenan: I moved into the castle in October 2000, after a 2-year renovation. It was a burned-out shell for 20 years prior.  We laid out the house to be centered around the garden, so 4 of the 5 floors open onto the back.

CC Minton: What things, in particular, were a part of the decision-making process in purchasing The Castle?

Rodney Keenan: I had rented a garden level 1 bedroom on 118th and Morningside for 10 years prior to signing the contract on 122nd street. I established my design studio in the basement there and fell in love with working from home.  After 10 years of renting, and the amazing incentives being offered to new buyers, it just made sense.

CC Minton:  There is great interest in the Harlem real estate market.  It is also extremely tight and competitive around the country.  At the time of your search, were there any other property of interest?  And if so, why did you decide to purchase the space that you’re in? 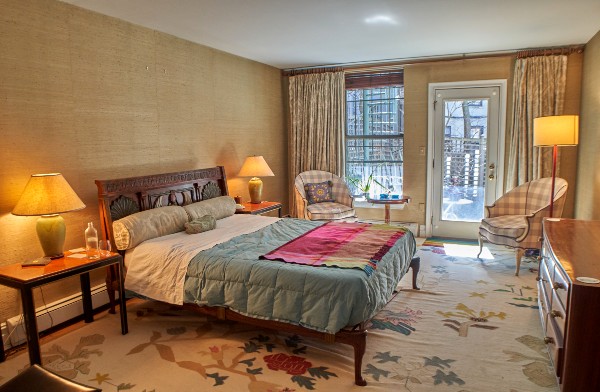 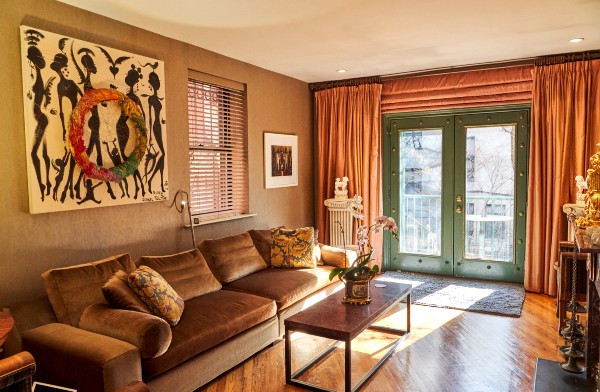 Rodney Keenan: Quite honestly, I wanted to remain within a few blocks of my original apartment. I’m not sure when I became an official RESIDENT but it was a comfort zone.

CC Minton: You are the celebrity milliner to the stars and own The Millinery Studio.  Would you talk more about the work that you do?

Rodney Keenan: The work I do…, I explore the limits of expectation?  We take classic hats and twist them around, via shape, material, color, trims, or deconstruction.  Many of the hats are “one of a kind” and that appeals to a celebrity clientele.

CC Minton: Would you talk about the two-family townhouse and if your decision to purchase was more for the personal space, the studio, or both?

Rodney Keenan: The ability to build out from a shell, incorporating the garden into 3 floors, including my workshop, Bedroom, and sitting room, was Key.   Adding the rental duplex above with a full terrace of its own was perfection.   Though It was tempting to take the top floors for myself, with the crenelated tower, I knew that I would prefer to be able to dig into the earth.  Both the cat and I relish escaping into the little green paradise there. 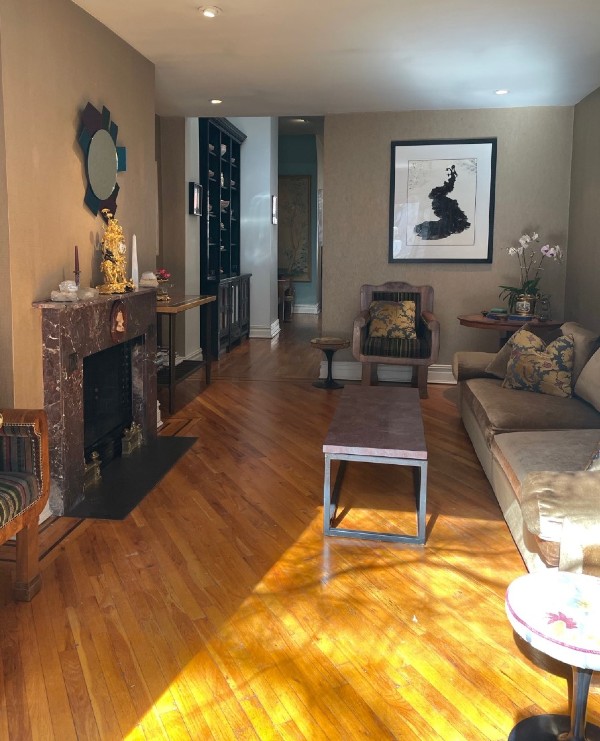 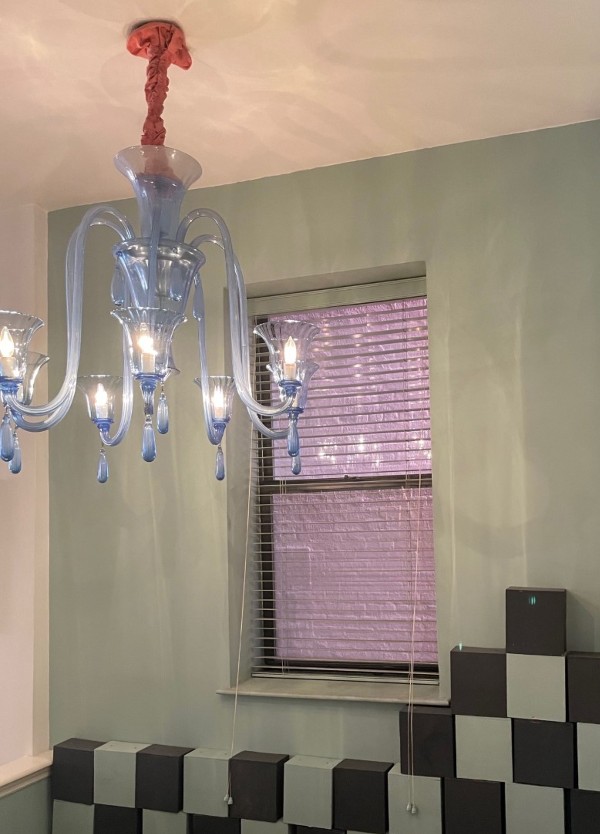 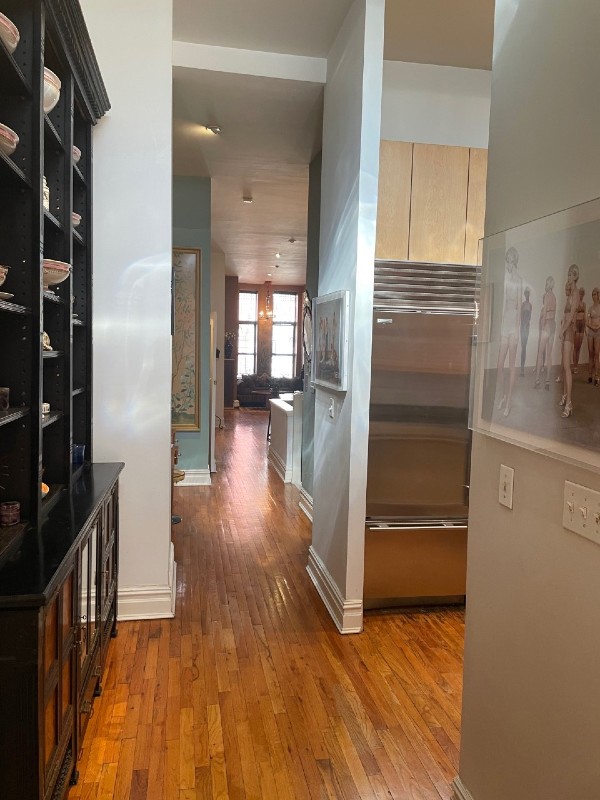 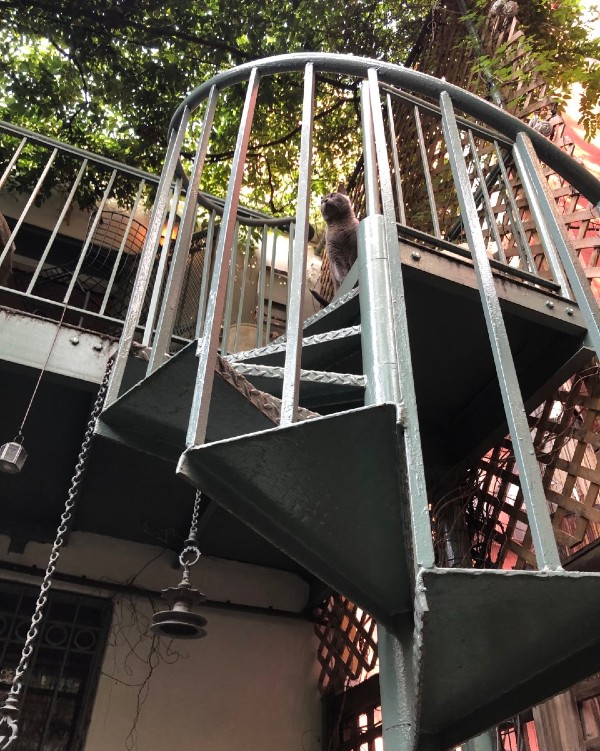 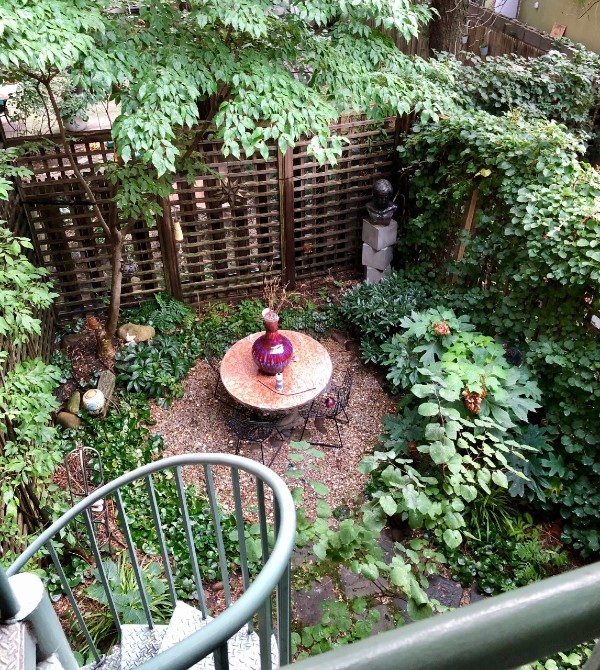 Rodney Keenan: Hmmm of all of our Celebrity Clients, I am afraid I might only Mention Mary J BLIGE shopping for her husband, but also picking things for herself.   The most memorable part of their visit was her picking up my black cat “beast” He hung off one elbow, as her LV handbag draped off the other.  Everyone in the studio was stunned that he didn’t assault!

CC Minton: Was this property a diamond in the rough when you purchased it?  If so, what type of restoration or renovation have you done to turn it into a gem? If not, how have you made the property feel at home?

Rodney Keenan: Burnt out shell, with the most amazing Facade!  When the HDC told me the location, I told them it was far too easy.  THEN they mentioned, it’s referred to locally as, “the castle”. I later found that Christopher Grey had written about it in The NY Times with provenance 1885 George Pelham.  I worked through the Harlem redevelopment program with assigned contractors and arrived at the present layout.

Rodney Keenan: I think the Limestone Gothic revival facade with a crenelated tower has been a huge point of curiosity for any manner of folks. 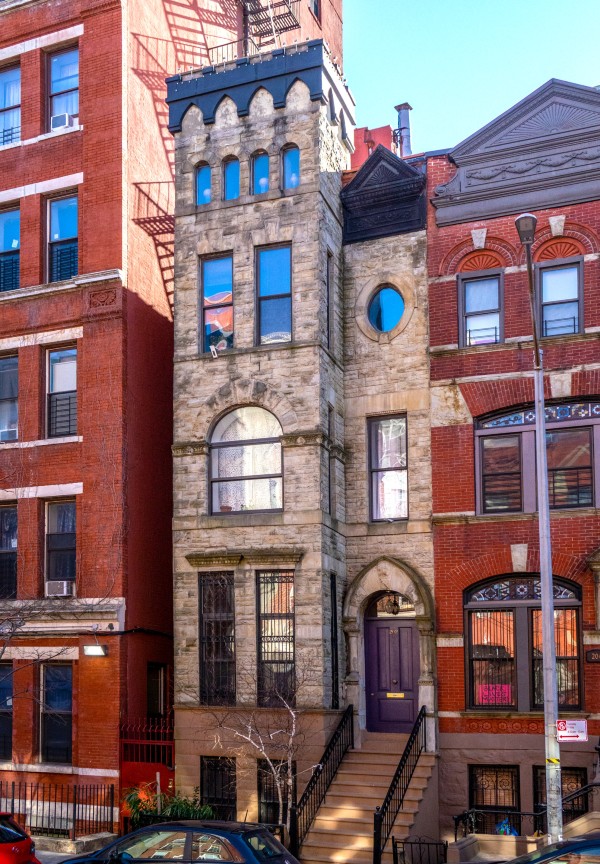 CC Minton is the Founder of I Love Beautiful Spaces.  She is an award-winning lifestyle advocate, celebrity interviewer, social impact exec turned real estate pro.  She began her journey in the kitchen of her home and created a path that led her to one of the most beautiful homes – The White House.  It’s where she covered Former First Lady Michelle Obama’s White House Kids’ State Dinner. CC is a member of the Board of Trustees at Friends of Thomas Edison National Historical Park and residence Glenmont.