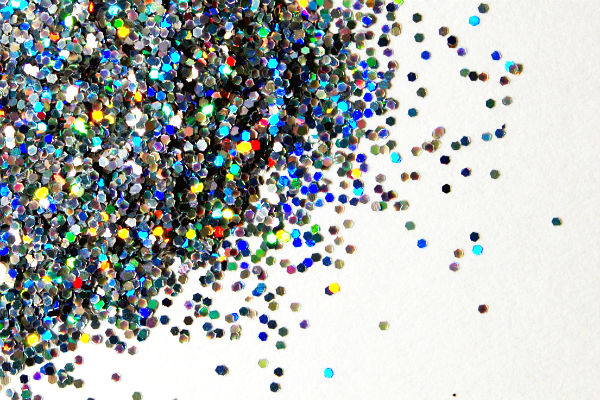 A new study conducted by researchers from Anglia Ruskin University found that glitter could be polluting rivers and creating ecological damage. In looking at both biodegradable and non-biodegradable options, the researchers learned that the presence of glitter in rivers can have lasting effects on existing ecosystems.

“Many of the microplastics found in our rivers and oceans have taken years to form, as larger pieces of plastic are broken down over time,” said researcher Dr. Dannielle Green. “However, glitter is a ready-made microplastic that is commonly found in our homes and, particularly through cosmetics, is washed off in our sinks and into the water system.

“Our study is the first to look at the effects of glitter in a freshwater environment and we found that both conventional and alternative glitters can have a serious ecological impact on aquatic ecosystems within a short period of time.”

The damages of microplastics

For the study, the researchers observed the effects of different types of glitter on an aquatic ecosystem for five weeks. They analyzed both traditional, nonbiodegradable glitter, and two eco-friendly options: mica glitter, which is typically used in make-up products, and another type that is made of modified regenerated cellulose (MRC).

The researchers learned that all three glitters negatively affected the aquatic ecosystem. They looked specifically at chlorophyll and root levels, which are responsible for the health and longevity of plant species, and each glitter sample yielded nearly identical results. Chlorophyll levels were roughly three times lower due to the presence of glitter and duckweed roots were half as long.

The study also revealed that the eco-friendly glitter options attracted an invasive species of New Zealand mud snails. These creatures monopolize food and other resources, and they are more likely to populate an area that has a polluted water source.

“All types, including so-called biodegradable glitter, have a negative effect on important primary producers which are the base of the food web, while glitter with a biodegradable cellulose core has an additional impact of encouraging the growth of invasive species,” Dr. Green said.

While the researchers plan to do more work to better understand why glitter has this significant impact on aquatic ecosystems, they hope these findings highlight the dangers associated with microplastics.

“We believe these effects could be caused by leachate from the glitters, possibly from their plastic coating or other materials involved in their production, and our future research will investigate this in greater detail,” Dr. Green said.