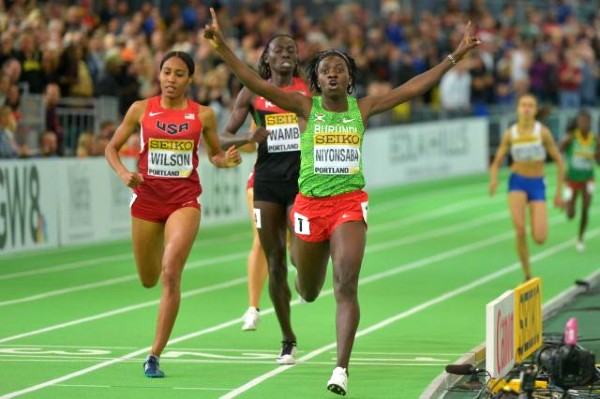 The climate emergency is wreaking havoc across the world at a scale that people on the front lines and in the humanitarian community cannot manage.

The climate impacts being experienced today provide a glimpse of what lies ahead: prolonged droughts, extreme and intensified weather events, and horrific flooding.

But time is already running out for millions of people who are already losing their homes, their livelihoods, and their lives.

2021 is the world’s ‘make-or-break year’ to slow the pace of climate change and build global resilience to protect the most vulnerable from increasingly severe and frequent climate impacts.

In support of this push for creating a greener, safer, more resilient world in the lead up to COP26, the United Nations OCHA, today launches #TheHumanRace, a global campaign challenging millions of people around the world to run, roll, walk, swim, row, cycle or to participate in any activity of their choice for a cumulative 100 minutes between August 16–31, 2021, in solidarity with the world’s most vulnerable people and to mark World Humanitarian Day 2021 (WHD).

The activity aims to throw the spotlight on the climate impacts we are beginning to witness today and the millions of vulnerable people for whom time is already running out.

Further, it will provide a glimpse of what lies ahead for us all – prolonged droughts, extreme and intensified weather events, and horrific flooding – unless a major breakthrough is achieved at this year’s COP26.

The United Nations Secretary-General, António Guterres, has said: “​​The climate emergency is a race we are losing, but it is a race that we can win.”

He calls 2021 the world’s ‘make-or-break year’ and is calling for “a major breakthrough” to slow the pace of climate change and build resilience to protect the most vulnerable from increasingly severe and frequent climate impacts.

Fernando Maciel, the world-class ultramarathon athlete, said, “I am excited to run for the most important goal in our lifetime: to save our planet and the people living on it. We run every day, for ourselves, why not run for something bigger? Everybody should join #TheHumanRace because we need compassion and it is time to run together.”

“With over 88 million athletes in 195 countries, the Strava community has the power to unlock solutions to some of the world’s most critical problems. That’s why we invite athletes and people everywhere to join this challenge to raise awareness of climate change and its disproportionate impact on marginalized communities,” said Michael Horvath, Strava CEO.

Participants will call on developed countries to fulfill their 12-year-old pledge to provide $100 billion a year for developing countries to respond to climate change and support climate adaptation.

In the race against the climate crisis, we can’t leave anyone behind.

The public can join #TheHumanRace by taking the Strava challenge and logging 100 minutes of total activity between August 16–31 → https://www.strava.com/challenges/The-Human-Race

Those who can’t race can still show support by simply pledging on https://worldhumanitarianday.org