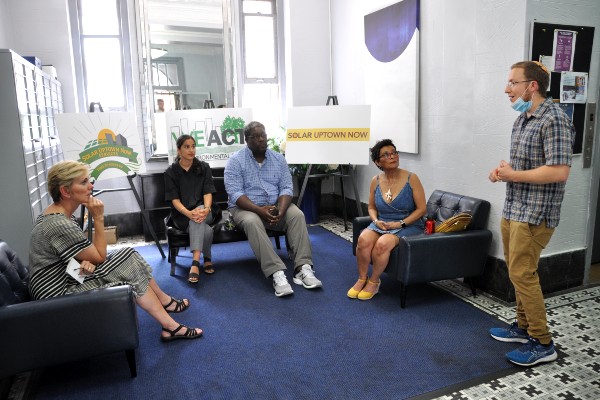 Secretary Jennifer M. Granholm traveled to Harlem to meet with WE ACT for Environmental Justice and other local organizations.

These visits will help inform the Secretary as she moves forward with the Biden administration’s infrastructure plan and its investments to build a clean energy economy that creates millions of good-paying jobs and delivers environmental justice to disadvantaged communities.

WE ACT’s Solar Uptown Now is one such project (see below for details), and demonstrates the importance and efficacy of these investments.

Solar Uptown Now was created to address the need for energy independence identified in WE ACT’s Northern Manhattan Climate Action Plan, which was developed through a community-based planning process in 2015, in the wake of Superstorm Sandy.

In 2016, WE ACT partnered with Solar One and the Urban Homesteading Assistance Board to launch the Solar Uptown Now – S.U.N. – which was the first successful solar purchasing group specifically for multi-family affordable housing, where the barriers to solar adoption are greatest and the cost savings are most needed.

The program has installed 415 kilowatts of solar panels on the roofs of 11 affordable housing co-ops across Northern Manhattan, including the building at 128 West 138th Street in Harlem.

It saved the more than 1,000 residents of these buildings $61.7K collectively on their electric bills in the first year. And it will eliminate 4,474 tons of greenhouse gases over the lifetime of the project.

To do the actual installations, WE ACT and Solar One trained unemployed and underemployed members of the community as certified solar installers through WE ACT’s free Worker Training program.

Six green jobs were created as part of Solar Uptown Now, but that was far too few for the more than 100 solar installers trained.

In response to the difficulty of finding long-term work for certified solar installers of color, 10 of those community members trained for Solar Uptown Now formed their own solar cooperative, SUNS Solar Workers Cooperative, under the guidance of Charles Callaway, WE ACT’s Director of Organizing. 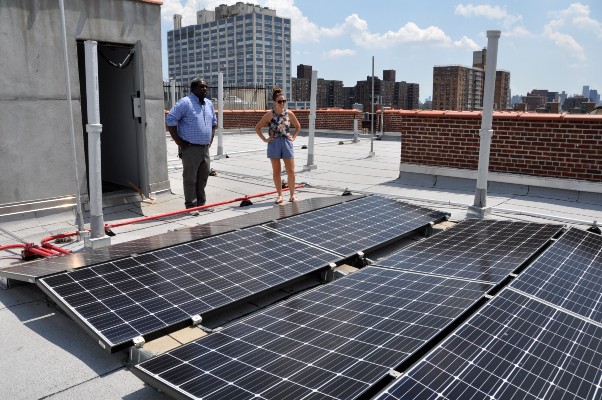 SUNS recently helped complete a 9-acre, 4-megawatt solar farm in Westchester and are prospecting for jobs here in the city.