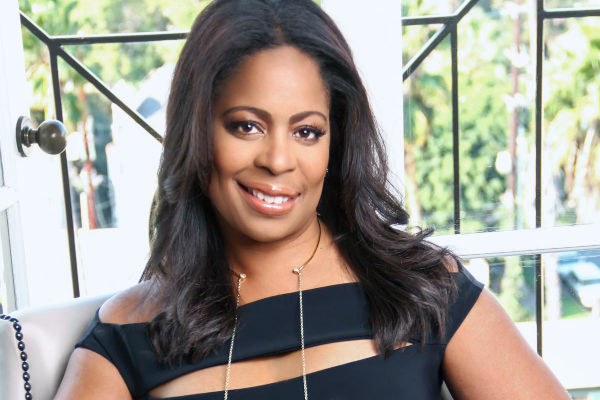 Urban One today announced that veteran television executive Michelle L. Rice has been named President of TV One and CLEO TV.

Since February 2018, Rice has served as General Manager with full management oversight of TV One, the general entertainment network serving a diverse audience of adult Black viewers, and spearheaded the 2019 launch of CLEO TV, an aspirational cable network targeting Millennial and Gen X women of color.

“Michelle’s dynamic leadership has strengthened network partnerships, developed strategic alliances, and expanded distribution for both TV One and CLEO TV. All of which has uniquely positioned our networks to navigate the changing broadcast environment and catapult them to even greater success in the future,” said Alfred Liggins, President, and CEO of Urban One.

“It has been a tremendous honor to work with such an exceptionally talented team and a group of leaders who continue to transform and grow the business every day, even in the face of the most challenging circumstances presented to us this year. I’m incredibly excited about the future of both TV One and CLEO TV,” said Rice.

Rice stated, “I am grateful for this recognition and the opportunity to continue building the TV One and CLEO TV brands. I appreciate the unwavering support and confidence in my leadership from Alfred Liggins and Urban One Founder and Chairperson, Cathy Hughes.”

Rice has successfully navigated and led the organization through a multitude of business and operational challenges since the onset of the COVID-19 pandemic. Under her leadership, TV One has expanded its existing relationship with AT&T to include the upcoming launch of CLEO TV across DIRECT TV, AT&T TV, and AT&T NOW and with Philo TV, resulting in TV One’s first vMVPD distribution deal.

Rice has brokered an exclusive partnership with the NAACP to develop and launch the ‘Hey Black America’ digital content campaign in response to a myriad of political and social issues that profoundly impact communities of color.

TV One and CLEO TV have also developed REPRESENT THE VOTE: OUR VOICE, OUR FUTURE, a three-part series of virtual town halls designed to tackle various social, economic, and political issues impacting Black women voters across the U.S.

Urban One, Inc. (urban1.com), together with its subsidiaries, is the largest diversified media company that primarily targets Black Americans and urban consumers in the United States. The Company owns TV One, LLC (tvone.tv), a television network serving more than 59 million households, offering a broad range of original programming, classic series, and movies designed to entertain, inform and inspire a diverse audience of adult Black viewers.

As of June 2020, Urban One currently owns and/or operates 61 broadcast stations (including all HD stations, translator stations and the low power television stations we operate) branded under the tradename “Radio One” in 14 urban markets in the United States.

In addition to its radio and television broadcast assets, Urban One owns iOne Digital (ionedigital.com), our wholly-owned digital platform serving the African-American community through social content, news, information, and entertainment websites, including its Cassius, Bossip, HipHopWired, and MadameNoire digital platforms and brands.

We also have invested in a minority ownership interest in MGM National Harbor, a gaming resort located in Prince George’s County, Maryland. Through our national multi-media operations, we provide advertisers with a unique and powerful delivery mechanism to the African-American and urban audiences.

In addition, TV One is the cable home of original blockbuster films including When Love Kills: The Falicia Blakely Story, Love Under New Management: The Miki Howard Story, Bobbi Kristina, and The Bobby DeBarge Story. TV One is solely owned by Urban One, Inc., formerly known as Radio One, Inc., the largest African-American owned multi-media company primarily targeting Black and urban audiences.

Launched in January 2019, CLEO TV is a lifestyle and entertainment network targeting Millennial and Gen X women of color. Derived from the name Cleopatra, one of the most powerful, trendsetting, rule-breaking and iconic women in history, CLEO TV offers distinctive content that defies negative and cultural stereotypes of today’s modern women.

Original and acquired series covering topics such as travel, home design, cooking, talk shows, movies, docu-series, and sitcoms include: Just Eats with Chef JJ, New Soul Kitchen, Living by Design with Jake and Jazz, and Lens of Culture. CLEO TV is currently available on Comcast Xfinity and Charter Spectrum in various markets, as well as Philo.