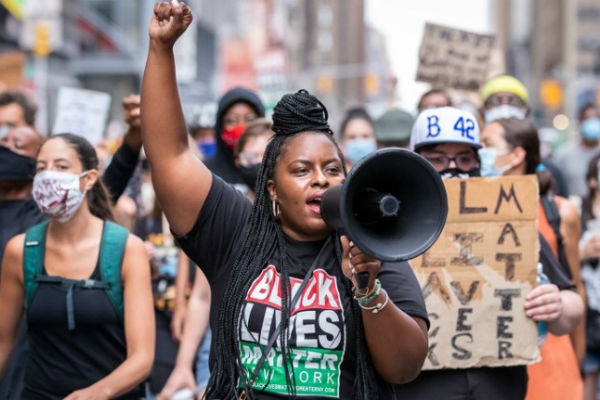 TV One joins the National Action Network (NAN) and the National Association for the Advancement of Colored People (NAACP) as media partners confirmed to stream the 2020 Virtual March on Washington.

TV and MYCLEO.TV. Commemorating the 57th anniversary of the historic March on Washington, the 2020 Virtual March on Washington is set to feature civil rights activists, politicians, entertainers, and advocates as they address the multiple pandemics currently impacting the Black community.

The day of robust programming includes live footage from the “Commitment March 2020: Get Your Knee Off Our Necks” taking place at the Lincoln Memorial in Washington D.C. convened by Martin Luther King III, Rev. Al Sharpton, and families of Black victims who have died at the hands of police officers including Trayvon Martin, Breonna Taylor, George Floyd and most recently, Jacob Blake. Other participants scheduled to appear in the program include civil rights attorney Benjamin L. Crump, ESQ., famed actress Jenifer Lewis, musician Bebe Winans, Rep. Sheila Jackson Lee (D- Texas), and many more.

Additionally, TV One has partnered with the NAACP to launch a new digital campaign in response to the violence and injustice deeply impacting communities of color. TV One will produce content to be posted biweekly on its digital properties which seek to both addresses a myriad of systemic issues and galvanize viewers to bring about social change. The initial spot centers on continuing the momentum sparked by the Black Lives Matter movement in a way that uplifts the community.

Other topics covered throughout the campaign include making your presence known through Census completion, voting in local and national elections, mental and physical health, and the impact of Covid-19 on black businesses and personal finances. The #HEYBLACKAMERICA series is available at www.tvone.tv. TV One viewers can also join the conversation by connecting via social media on Twitter, Instagram, and Facebook (@tvonetv).

In addition, TV One is the cable home of original blockbuster films including When Love Kills: The Falicia Blakely Story, Love Under New Management: The Miki Howard Story, Bobbi Kristina, and The Bobby DeBarge Story. TV One is solely owned by Urban One, Inc., formerly known as Radio One, Inc., the largest African-American owned multi-media company primarily targeting Black and urban audiences. The #HEYBLACKAMERICA series is available at www.tvone.tv. TV One viewers can also join the conversation by connecting via social media on Twitter, Instagram and Facebook (@tvonetv).