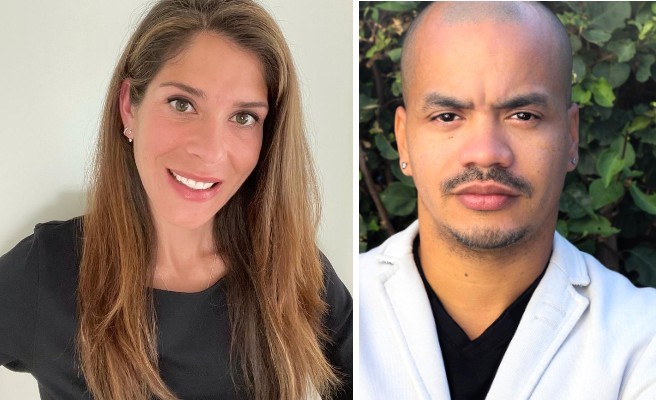 As a continuation of a breakout year for TV One Networks, an Urban One Company, Austyn Biggers joins the network as the new Senior Vice President of Programming and Production.

Before joining the TV One team, Biggers was the Head of Unscripted Programming at GET LIFTED FILM Company led by Emmy® and Tony® Award-winning producer Mike Jackson, EGOT recipient and award-winning producer John Legend, and CEO of Friends At Work, Ty Stiklorius. Before joining Get Lifted Film Co. in May of 2019, Austyn developed and produced a variety of shows for MTV, LOGO, & VH1 and from 2008 to 2016 served in various original series development and production roles at BET Networks.

Over the past 22 years, Austyn has worked in virtually every aspect of television production, from development to field to post.

He has developed over 200 pilots, presentations, scripts, or formats for TV, Streamers, shorts, film, and digital apps.

Additionally, he was a consulting producer on the hit E! series Very Cavallari and Supervising Producer on CMT’s Racing Wives.

He has served as an In-house Executive Producer at MTV, LOGO, & VH1 on hit series such as MTV’s 90s House, Baldwin Hills, College Hill, Keyshia Cole: The Way It Is, First In, Being Terry Kennedy, Born To Dance: Laurieann Gibson, and Tiny & Toya.

“We are thrilled to welcome Austyn to the TV One and CLEO TV family,” said Michelle Rice, President of TV One and CLEO TV. “We have been intentional throughout the hiring process for this role and feel Austyn is an ideal fit. As we are consistently growing our reach, I’m confident he will be a catalyst within our leadership team, helping to propel TV One Networks to the next level.”

Julia VanTuyl has been promoted to Senior Vice President of Advertising and Sales for TV One and CLEO TV. VanTuyl has been a notable leader in the advertising, sales and marketing industries, joining TV One Networks in 2010 as a Sales Account Executive.

Her trajectory then took her to Sales Director in 2014, advancing to Vice President of National Advertising Sales and Marketing in 2020.

She is a four-time President’s Award recipient, an honor acknowledging her accomplishment of being the highest sales performer across Urban One.

Prior to joining TV One, Julia held positions at NBCU Comcast and Universal McCann WorldWide. She earned her undergraduate degree in Business Administration from George Washington University.

TV One Networks is the hub of black culture and entertainment with a broad offering of original programming and classic series, serving both diverse audiences for TV One and CLEO TV.

Each network has a unique audience that serves viewers with fan favorites from TV One such as Unsung, Uncensored, Fatal Attraction, ATL Homicide, Life therapy, Don’t Waste Your Pretty, and Urban One Honors.

Both networks are solely owned by Urban One, Inc., formerly known as Radio One, Inc. [NASDAQ: UONE and UONEK, www.urban1.com], the largest African-American-owned and operated multi-media company.