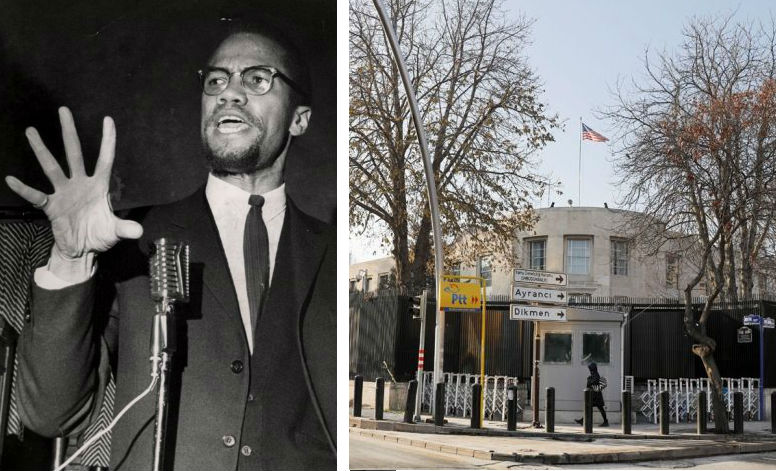 Reuters reports that the move coincides with a period of fraught relations between Turkey and the United States and comes after other politically charged name changes to streets in Ankara.

In February, the city renamed the street outside the current U.S. Embassy “Olive Branch”, which is what Turkey called one of its military campaigns in Syria. Ankara is at odds with Washington over its backing of forces led by the Kurdish YPG militia, which Turkey views as a terrorist group.

“The street was given the name of U.S. Muslim politician and human rights defender Malcolm X, about whom President Recep Tayyip Erdogan said ‘we will make his name live on in Ankara,” Ankara’s municipality said in a statement published by Anadolu news agency on Saturday.

Last month, Erdogan met Malcolm X’s daughters during a visit to New York. Erdogan’s spokesman Ibrahim Kalin shared the story about the name change on his Twitter account on Sunday.

A major row between Washington and Ankara appeared to have ended on Friday when American pastor Andrew Brunson was released on after two years in Turkish custody, a move which President Donald Trump said was a “tremendous step” toward improved relations.

Construction of the new U.S. embassy in Ankara is scheduled for completion in 2020.

Last December, the mayor of Ankara ordered the street of the United Arab Emirates mission to be renamed after the Ottoman former governor of Medina, following a row between the two countries about the state of the holy city under Ottoman rule.

Also:  Not In Harlem, But Second And Third Person Under Investigation For Novel Coronavirus