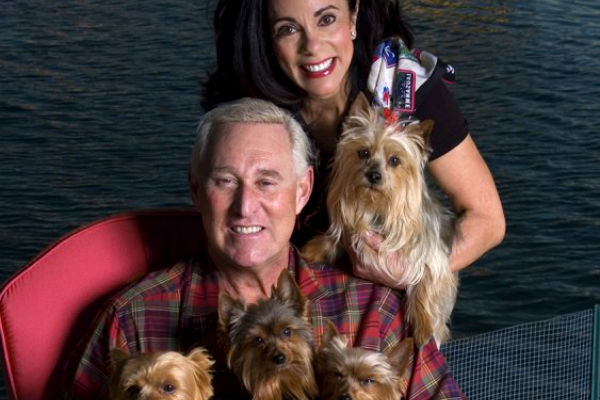 Donald Trump has commuted the sentence of  Harlem resident Roger Stone, a longtime friend, and former campaign adviser who was to spend three years and four months in jail for crimes related to the Russian investigation.

In a statement released on Friday evening, the White House denounced the prosecution of Stone on charges stemming from “the Russia Hoax” investigation. “Roger Stone has already suffered greatly,” the statement reads. “He was treated very unfairly, as were many others in this case. Roger Stone is now a free man!”

Stone, 67, was convicted in November 2019 of obstructing a congressional investigation into whether the Trump campaign colluded with Russia to win the 2016 election. He was sentenced in February to 40 months and was due to report to prison on Tuesday.

The commutation does not erase Stone’s felony convictions the way a pardon would, but it allows Stone to avoid setting foot in a prison for his crimes.

Echoing the language that Trump has used in tweets and speeches, the official White House statement attacked the “witch hunts” led by the special counsel, Robert Mueller, who was investigating Russian interference in the 2016 elections.

Stone had been openly lobbying Trump for clemency for months.

“The president told me he thought my trial has been unfair,” Stone told the Associated Press on Friday.

While not unexpected, Trump’s move to spare Stone from prison will only increase alarm among critics concerned that the Trump administration has interfered with the justice system in order to shield the president and his friends.

In February, Trump commuted the 14-year sentence of Rod Blagojevich, a former Democratic Illinois governor accused of trying to sell the Senate seat vacated by Barack Obama. He also offered clemency for allies including the Maricopa county, Arizona, sheriff Joe Arpaio, who disobeyed a judge’s order to stop racial profiling immigrants, and the conservative commentator Dinesh D’Souza, who was convicted of campaign finance violations.

Last month, Trump fired Geoffrey Berman, the US attorney who had prosecuted the president’s former personal lawyer Michael Cohen and was investigating Rudy Giuliani – another Trump lawyer. And in May, the justice department dismissed its case against the former national security adviser Michael Flynn after Trump complained that prosecutors were acting unfairly.

“With Trump, there are now two systems of justice in America: one for Trump’s criminal friends and one for everyone else,” said Adam Schiff, a Democratic US representative of California and the lead prosecutor in the president’s impeachment trial, in reaction to the news.

“Regardless of our political parties or differences, we all know this is disgraceful,” said Val Demings, a Democratic US representative of Florida. “Pray that our republic will endure.”

The commuting of Stone’s sentence comes after the US attorney general, William Barr, revised prosecutors’ original recommendation that Stone serve seven to nine years in federal prison. Trump had railed that the conviction “should be thrown out” and called the justice department’s initial sentencing recommendation “horrible and very unfair”. Following the reversal, the entire prosecution team working on the case resigned.