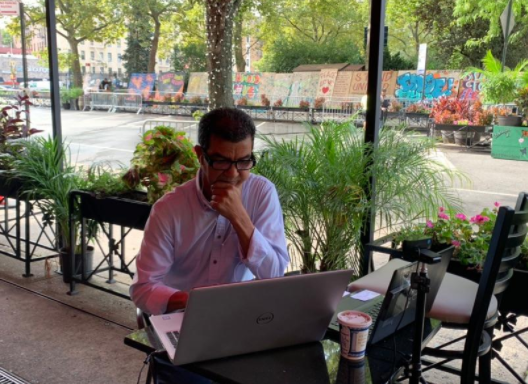 DOT testified on its handling of the increased demands for bike and bus ridership caused by changes in subway service at the height of the pandemic. New York City saw a boom in cyclist and bus ridership as essential workers were relying on bikes, including Citibike, and buses to get to work. Additionally, the City implemented the ‘Open Streets’ initiative which streamlined the outdoor dining application and opened streets for all New Yorkers to use. Chairman Rodriguez was live streaming from an Open Street, Between Dyckman St & Seaman Ave.

Council Member Ydanis Rodriguez, Chairman of the Transportation Committee, said “As the pandemic took hold in the City, our normally busy streets and roads became deserted as shelter-in-place orders took effect and New Yorkers began to practice social distancing. This unusual situation became the perfect opportunity to implement important and creative measures to ensure that people have adequate space for exercising and enjoying the outdoors, all while social distancing. Open Streets, outdoor dining, dedicated busways, and the expansion of Citi Bike have all helped New Yorkers retake their streets.

In April, the Committee heard Int. No. 1933, introduced by Council Member Carlina Rivera, which would have provided the City with 75 miles of temporary open streets for cyclists and pedestrians to utilize during the pandemic. Shortly after the hearing, the Administration announced they would be providing 100 miles of open streets throughout NYC. The program began on May 2, 2020, and, as of June 24, 2020, there have been 67 total miles of open streets. I propose that we expand on this great initiative, which has revitalized and opened our streets for New Yorkers to use and enjoy.

Additionally, DOT should look into ways that they can set up a department that will focus on the Open Streets program. We need to study the mechanisms that are at play, and who stands to benefit from this important program. The open streets initiative has helped many small businesses struggling to stay open during these challenging times. The DOT and the City must explore the possibility of making many of these opened streets permanent pedestrian plazas. I have also submitted language for legislation that would make these open streets and outdoor restaurant spaces permanent. I have no doubt that this initiative will get us to the goal of being the most pedestrian and cyclist-friendly City in the world.”