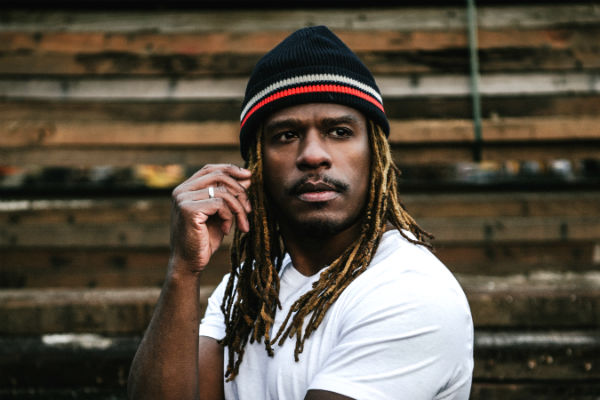 Shaw will co-host the stream with his friend and collaborator, esteemed songwriter Valerie Simpson, who owns New York City’s Sugar Bar, the location of Ashford & Simpson’s Virtual Open Mic at the Sugar Bar.

The special will feature live vocal performances by Shaw of the songs from his just-released album, IMAGINING MARVIN (FORM/Broadway Records).

Shaw and Thomas duet on “Love In Pain” from IMAGINING MARVIN; the pair also co-wrote the standout track along with writer Derek Fuhrmann. “Love In Pain” will be the second single from the album and will be serviced to radio shortly.

IMAGINING MARVIN has already received glowing reviews from the media with Glide Magazine declaring, “Shaw is perfectly suited for this project with his voice comfortable in the high register like Gaye’s and a similar ability to evoke a sensual mood…The album truly benefits from Shaw’s own material…”

Also appearing on the album is Broadway star and recording artist Shoshana Bean, known for starring turns in “Waitress” and “Wicked”.

The tracks on the album are a combination of Shaw’s renditions of some of Marvin Gaye’s best-loved hits as well as original material; the latter inspired by Gaye’s legacy.

The first single from the album recently had its worldwide premiere via Soul Tracks. “Strong Men Can” is co-written by Shaw and iconic songwriter, Valerie Simpson (who with her late husband/partner, Nick Ashford, is responsible for some of Marvin Gaye’s biggest hits).

The heartfelt ballad encourages emotional vulnerability in men and supports good mental health via such expression.

Ryan Shaw has received widespread critical acclaim over the course of his career with an abundance of accolades.

Of Shaw’s incredible vocal prowess, The Los Angeles Times declared, “Prepare to have your soul rocked…”, while Billboard deemed him “a massive talent with a huge voice.”

The Washington Post avowed, “So big and rangy, that voice. So churchy and unmistakenly Southern. So full of fire and conviction, exploding with emotion.”

Ryan Shaw is a three-time GRAMMY® nominated artist for his solo projects, Columbia Records’ This is Ryan Shaw, his In Between, and Dynotone’s Real Love. He has shared the world stage with such artists as Van Halen, Bonnie Raitt, John Legend, B.B. King, and Jill Scott.

His music has been featured on FOX’s So You Think You Can Dance and ABC’s Dancing with The Stars, Grey’s Anatomy, and Lincoln Heights, and the films My Blueberry Nights and Bride Wars and the Sex and the City soundtrack.

Ryan has been a featured guest on national TV talk shows. He starred as Judas in the Lyric Opera of Chicago’s Olivier Award-winning London production of Jesus Christ Superstar, as the original Stevie Wonder in Motown: The Musical on Broadway, and on London’s West End as the Soul of Michael Jackson in Thriller Live.

Ryan debuted at Radio City Music Hall in the Dream Concert benefit for the Martin Luther King, Jr. Memorial. His Carnegie Hall appearances include Elton John and Bernie Taupin Tribute, A Celebration of The African American Cultural Legacy, and a Nat King Cole 100th concert with the NY Pops.

His concert schedule includes Nat King Cole at 100 with the National Symphony Orchestra at The Kennedy Center, and A Tribute to the Queen of Soul: Aretha Franklin with numerous orchestras throughout North America.

Recent releases include the Grammy® and Tony Award-winning The Color Purple (2015 revival), the Tony Award® winning and Grammy® nominated revival of Once On This Island, the Grammy® nominated Matilda The Musical, Fiddler on the Roof (2015 revival) and My Fair Lady (2018 revival), Anastasia, Bandstand, Groundhog Day, The Lightning Thief and NBC’s television events, “The Wiz Live!” and “Peter Pan Live!”.

Broadway Records launched the Broadway for Orlando initiative (in partnership with creators Seth Rudetsky and James Wesley) culminating in the all-star benefit single, “What the World Needs Now is Love,” which leaped to #1 on iTunes with no radio airplay.

Broadway Records philanthropic endeavors also include the From Broadway With Love benefit concerts for Sandy Hook, Orlando (Emmy Award for Sound) and Parkland.