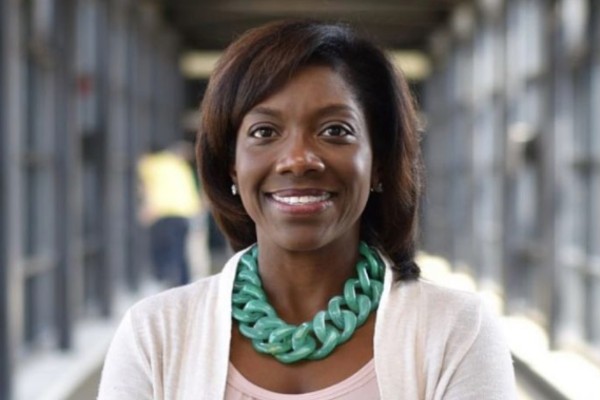 Today announced the appointment Tracey McCants Lewis as AWAACC’s new Chair of the Board along with the election of four new trustees, Dr. Rahmon Hart, Tony Murphy, Shiv Seth, and Dr. James Taylor. The addition of the new trustees continues to grow the range of community advocates, philanthropists, and business leaders supporting the organization and its mission to offer programs and resources that advance August Wilson’s legacy, reflect the universal issues of identity that the playwright tackled, celebrate Black culture, and inspire future innovators in arts and culture.

Tracey McCants Lewis has served on AWAACC’s Board of Directors since 2015 and is the Deputy General Counsel and Director of Human Resources for the Pittsburgh Penguins.

“The August Wilson African American Cultural Center’s Board of Directors are a dedicated, forward-thinking group of leaders, and Tracey is an incredible champion of the Center with a vision for and dedication to the Pittsburgh community that is immeasurable,” said AWAACC President and CEO Janis Burley Wilson. “I’m thrilled that Rahmon, Tony, Shiv, and James have joined our incredible leadership team, and I look forward to working with them and Tracey as we continue to expand our commitment to multi-disciplinary artists and champion August Wilson’s legacy.”

“The August Wilson African American Cultural Center is a creative force that continuously celebrates diverse voices while also providing an important space for reflection and celebration. I am ecstatic to further my work with the Board of Directors, an array of inspiring leaders from across Pittsburgh, as we continue to support the Center’s work with groundbreaking artists, many who have been inspired and impacted by August Wilson’s work themselves,” said Tracey McCants Lewis.

Through the dedicated stewardship of its Board, AWAACC’s artistic, educational, and community initiatives have flourished under Burley Wilson’s leadership since 2017, establishing the Center as a leader in presenting programming that reflects the diversity of Pittsburgh and the nation. This fall, AWAACC will unveil August Wilson: A Writer’s Landscape, the first-ever exhibition dedicated to the life and works Pulitzer Prize-winning playwright. Spanning 3,6000 square feet, the multi-sensory exhibition will explore Pittsburgh, where Wilson was born and raised, and which had a profound impact on shaping his worldview and inspiring his unprecedented 10-play American Century Cycle.

Tracey McCants Lewis was appointed Deputy General Counsel and Director of Human Resources for the Pittsburgh Penguins in 2019. Prior to her tenure with the Penguins, she served as an Adjunct Professor at Duquesne University School of Law where she taught the Civil Rights Clinic. Her scholarship focuses on critical race theory, feminist legal theory, and the application of legal storytelling in clinical legal education. McCants Lewis was appointed to the Pennsylvania Disciplinary Board in 2013. She served as the Chair of the Allegheny County, Courts Administration Vision Team Committee in 2012. McCants Lewis was named recipient of the 2012 NAACP Pittsburgh – Homer S. Brown Award for Legal Service and the 2012 Urban League Young Professionals of Greater Pittsburgh – Decade of Dedication Award. In 2015, the YWCA of Greater Pittsburgh named her as a Racial Justice Award honoree during the 24th annual event. In 2017, the Urban League bestowed on her a prestigious Community Leadership Award.

Dr. Rahmon Hart is the Director of Community Relations at Rivers Casino and the 72nd Second District Marshal for the Omega Psi Phi Fraternity. As president of Pittsburgh’s graduate chapter of the Omega Psi Phi fraternity, Hart coordinated the Omega Dr. Carter G. Woodson Academy in Larimer, where Black men from a variety of professions volunteer to teach a 12-week program to children in first through 11th grades. At Rivers, Hart oversees the casino’s corporate donations and Community Champions program. He earned a bachelor’s degree in kinesiology and a master’s degree in college administration from Slippery Rock University and a doctorate in educational leadership from Duquesne University.

Tony Murphy serves as Senior Vice President of Comcast’s Keystone Region, overseeing the organization’s operational, strategic and financial performance across areas serving western, central and northeastern Pennsylvania, eastern Ohio, northern West Virginia and the Maryland panhandle. Murphy joined Comcast in 2008, holding positions in the Chicago and California Regions before being named the Keystone Region’s Vice President of Project Management in 2015. In 2017, she was named Vice President of Comcast Business for Keystone and the Region’s Vice President of Sales and Marketing in 2019. Murphy is an executive sponsor of Comcast’s Diversity and Inclusion Council and plays an active role with organizations including Women in Cable Telecommunications, Big Brothers/Big Sisters, Strong Women Strong Girls and Catalyst Connection. She holds a B.A. from Princeton University.

Shiv Seth is a Private Wealth Manager for Merrill Lynch. Formerly, he was Vice President Client Advisor at J.P. Morgan Private Bank in Pittsburgh. In this role he helps the region’s wealthy individuals, families and businesses invest, borrow, bank, preserve and grow their wealth in support of their long-term goals. Shiv joined the firm in 2017 from Macquarie Capital where he focused on global investment banking. A proud Pittsburgh native, he is a member of the World Affairs Council of Pittsburgh and active in local animal welfare charities and shelters. He is currently on the Jack Heinz Society for the Pittsburgh Symphony.

Dr. James Taylor is both chief diversity and inclusion officer and chief talent management officer at UPMC, one of the nation’s largest and most successful integrated health care delivery and finance systems. In his capacity as chief diversity and inclusion officer, Dr. Taylor is responsible for the development and implementation of leading-edge diversity initiatives that differentiate UPMC. Prior to joining UPMC, Dr. Taylor served as chief learning and diversity officer at Carolinas HealthCare System and has also served as executive director, diversity strategy execution and workplace inclusion at Kaiser Permanente, one of the nation’s largest not-for-profit health plans. Dr. Taylor earned both a doctorate and master’s degree in organizational psychology from the California School of Professional Psychology at Alliant International University and completed his undergraduate studies at Ithaca College in New York, where he now serves on the board of trustees. He received an executive leadership certificate from the Harvard Business School. Dr. Taylor has been awarded for his work both within and outside the health care industry, as he is actively engaged in many philanthropic and community-based endeavors, holding multiple board appointments, and supporting numerous charitable activities.

The August Wilson African American Cultural Center is a non-profit cultural organization located in Pittsburgh’s cultural district that generates artistic, educational, and community initiatives that advance the legacy of Pulitzer Prize-winning playwright August Wilson. One of the largest cultural centers in the country focused exclusively on the African American experience and the celebration of Black culture and the African diaspora, the non-profit organization welcomes more than 119,000 visitors locally and nationally. Through year-round programming across multiple genres, such as the annual Pittsburgh International Jazz Festival, Black Bottom Film Festival, AWCommunity Days, TRUTHSayers speaker series, and rotating art exhibits in its galleries, the Center provides a platform for established and emerging artists of color whose work reflects the universal issues of identity that Wilson tackled and which still resonate today.