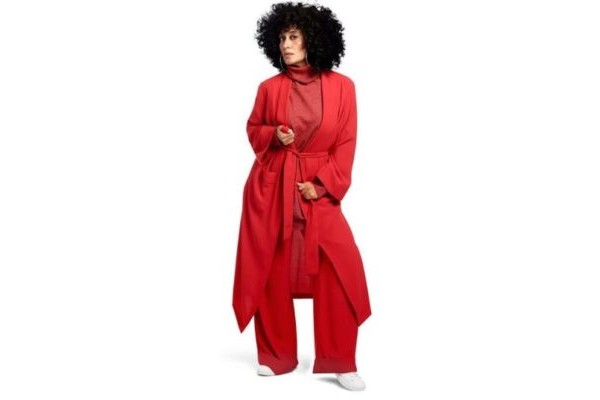 For the first time, The Studio Museum in Harlem will expand access to its Spring Benefit and annual Joyce Alexander Wein Artist Prize by presenting special dialogues in conjunction with both, to be offered online in May 2021.

Beyond the Studio: The Studio Museum’s Spring Benefit will feature actor, producer, singer, and entrepreneur Tracee Ellis Ross in conversation with Studio Museum Director and Chief Curator Thelma Golden on Tuesday, May 11, at 6:30 pm EDT.

The dialogue will air online, followed by a post-program live event. Beyond the Studio is ticketed and open to the public.

More information can be seen at www.studiomuseum.org.

In celebration of Cauleen Smith, the fifteenth recipient of the prestigious Joyce Alexander Wein Artist Prize, the Studio Museum will present a conversation between Smith and scholar Saidiya Hartman on Monday, May 24 at 6:00 pm EDT. The program will be streamed live on Zoom and feature live CART captioning. 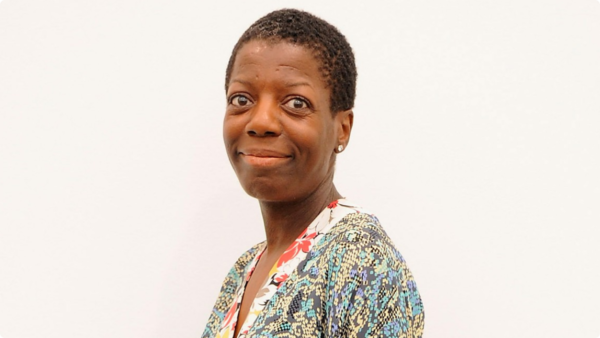 Thelma Golden said, “The conversations that happen around our spring benefit, Beyond the Studio, and the Wein Prize are so vital that we have wanted to make them more widely available to the Studio Museum’s growing community. We are thrilled to be able to do just that, with the generous collaboration of our truly extraordinary guests. With Tracee Ellis Ross, a leading creative force in our culture and a great friend of the Studio Museum, we’ll discuss her ongoing involvement in the arts and how art can enable the exploration of self and community. Cauleen Smith, whose endlessly generative imagination has put her into the forefront of today’s artists, will speak with the profound and brilliant scholar Saidiya Hartman about her sources of inspiration and the ways in which the media represent protest, rebellion, and Black life. We look forward to sharing these dialogues this spring, and to continuing the initiative going forward.”

Proceeds from the presentation of Beyond the Studio will support the Museum’s general operations, curatorial mission, and growing schedule of digital programs dedicated to providing meaningful engagement for audiences of all ages.

Presentation of the dialogue with Cauleen Smith will honor the recipient of the annual Joyce Alexander Wein Artist Prize, established to recognize the achievements of an African-American artist who demonstrates great innovation, promise, and creativity.

Bearing a cash award of $50,000, the Prize was established in 2006 by jazz impresario, musician, and philanthropist George Wein to honor his late wife, Joyce Alexander (1928–2005), a long-time Trustee of The Studio Museum in Harlem.

Actor, CEO, and producer Tracee Ellis Ross stars as Dr. Rainbow Johnson in the comedy series Black-ish, which she also produces, and has co-created the series prequel Mixed-ish, on which she is executive producer.

The recipient of nine NAACP Image Awards and a Golden Globe Award and a four-time Emmy nominee, she first rose to prominence as the star of the comedy series Girlfriends and subsequently played the lead in the series Reed Between the Lines.

Her film career includes the starring role in Nisha Ganatra’s 2020 The High Note, in which she portrayed music superstar Grace Davis and sang the soundtrack’s lead single, “Love Myself.” She is the founder and CEO of the Los Angeles-based hair-care and styling company Pattern.

Born in Riverside, California, and educated at San Francisco State University (BA) and the UCLA School of Theater, Film, and Television (MFA), Cauleen Smith lives and works in Los Angeles and serves on the faculty of the California Institute of the Arts.

Her current solo exhibition Give It or Leave It is at LACMA until October 2021. In addition to past solo exhibitions at MASS MoCA and the Whitney, she has received single-artist shows at the Art Institute of Chicago, the Museum of Contemporary Art, Chicago, and ICA Philadelphia.

Her short films, a feature film, an installation, and performance work were showcased in 2019 at the Rotterdam International Film Festival.

Her 2018 work Sojourner is currently featured in the exhibition Future Histories: Theaster Gates and Cauleen Smith at SFMOMA.

In 2016, Cauleen Smith was the inaugural recipient of the Ellsworth Kelly Award from the Foundation for Contemporary Art.

Other honors include the 2016 Herb Alpert Award for Film/Video, a Rockefeller Media Arts Award, a Creative Capital Award, an Artadia Award, a United States Artists Fellowship, a Chicago 3Arts Grant, and residencies at the Robert Rauschenberg Foundation and Artpace.

Saidiya Hartman is a scholar of African American literature and cultural history whose works explore the afterlife of slavery in modern American society and bear witness to lives, traumas, and fleeting moments of beauty that historical archives have omitted or obscured.

She weaves findings from her meticulous historical research into narratives that retrieve from oblivion stories of nameless and sparsely documented historical actors, such as female captives on slave ships and the inhabitants of slums at the turn of the twentieth century.

Hartman is the author of Wayward Lives, Beautiful Experiments (2019), Lose Your Mother: A Journey Along the Atlantic Slave Route (2007), and Scenes of Subjection (1997). A MacArthur “Genius” Fellow, she has been a Guggenheim Fellow, Cullman Fellow, and Fulbright Scholar.

She has published articles in journals such as South Atlantic Quarterly, Brick, Small Axe, Callaloo, The New Yorker, and The Paris Review. She is a professor at Columbia University and lives in New York.

Founded in 1968 by a diverse group of artists, community activists, and philanthropists, The Studio Museum in Harlem is internationally known for its catalytic role in promoting the work of artists of African descent.

The Studio Museum is preparing to construct a new home at its longtime location on Manhattan’s West 125th Street. Designed by Adjaye Associates in collaboration with Cooper Robertson, the 82,000-square foot facility will be the first created expressly for the Museum’s program.

The new building will enable the Studio Museum to better serve a growing and diverse audience, provide additional educational opportunities for people of all ages, expand its program of world-renowned exhibitions, effectively display its singular collection, and strengthen its trailblazing Artist-in-Residence program.

For more information on the Studio Museum, its collection, and a wide range of online resources for audiences of all ages, visit studiomuseum.org