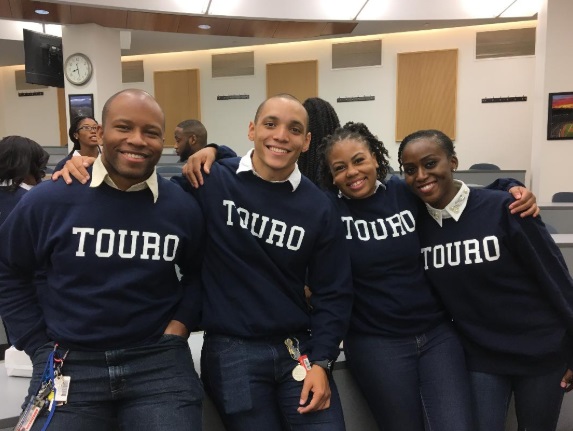 On Monday, July 30, 2018, Touro College of Osteopathic Medicine (TouroCOM) welcomed the Class of 2022 with a record-breaking number of underrepresented minorities (URMs). Of the 135 students in the class, 36 – over 26 percent of the class – are URMs.

The influx marks three highly successful recruitment years in a row, where the numbers keep climbing. The rise is part of an upward trend with a 55 percent increase overall in applications to TouroCOM since the 2015-16 application year. The Harlem campus interviewed 550 applicants, including 92 URM students, a 206 percent increase in URM candidates interviewed over last year.

“As our reputation grows we are getting higher numbers of qualified applicants who desire to come here,” said David Forstein, DO, dean of the Harlem campus, who said the figures put the school near the top of URM recruitment into medicine. “We are extremely proud and excited to welcome this very talented pool of students who have chosen TouroCOM, which celebrates diversity and is committed to correcting diversity disparities in our healthcare delivery system.”

Added Dr. Alan Kadish, president of Touro College and University System, “A cornerstone of TouroCOM’s mission is to increase the number of underrepresented minorities in medicine, and to service underserved communities. Every year we welcome the call to build a diverse student body that will reflect the populations we serve and strive to improve the health outcomes of the communities in which they work.”

The incoming cohort is comprised of 19 women and 17 men. It includes 18 black students (six male, 14 female); 16 Hispanic students (10 male, six female); and two American Indians (one male, one female). The students hail from all over the country, with the majority from the northeast.

First-year Samantha Okundia, a Nigerian-American student from Dallas, Texas, said admission to the DO program is a “testament to perseverance.” Okundia explained she took the ‘scenic route’ to TouroCOM, first completing a master’s in medical physiology at Case Western Reserve and then teaching elementary school in Washington, D.C.’s inner city for three years before applying.

“I am grateful for all the personal and professional growth I made along the way because it prepared me for success at this stage. I’m excited for the opportunity to continue growing here at Touro, and to making a contribution to the world though osteopathic medicine,” said Okundia.

According to a report last year by the health-oriented news website STAT News, blacks make up 12 percent of doctors and Hispanics and Native Americans are even more underrepresented, having negative public health implications because research shows that underrepresented minorities are more likely to follow medical recommendations of doctors who look like them. In addition, diversity among doctors improves care for traditionally underserved populations.

TouroCOM, which recently celebrated its 11th anniversary and its success in training minority doctors, has graduated 996 DOs since its inception, 138 of whom are URMs. Approximately half of its graduates who have gone on to residencies have ended up in the much-needed primary care specialties of family medicine, internal medicine, OB/GYN and pediatrics. Additionally, as of 2017, close to 30 percent undertook residencies in underserved communities or primary care shortage areas.

The school’s achievements in attracting underrepresented minorities exceeds the average of osteopathic medical schools nationally from 2009 to 2017, according to data from American Association of Colleges of Osteopathic Medicine (AACOM). During this period, TouroCOM enrolled nearly twice the number of URMs admitted to osteopathic medical schools, an average 13.98 percent, compared with the national average of 7.86 percent.

TouroCOM tackles its mission through several avenues. A significant path is a one-year master’s program that prepares students for the rigors of medical school. Of the 138 URMs who have graduated from the DO program, 98 entered the medical school from the Master of Science in Interdisciplinary Studies in Biological and Physical Sciences program. Master’s students who score in the top ten percent of the class are eligible to join the next year’s DO class. The DO Class of 2022 includes 21 URMs entering from the master’s program, another record high. 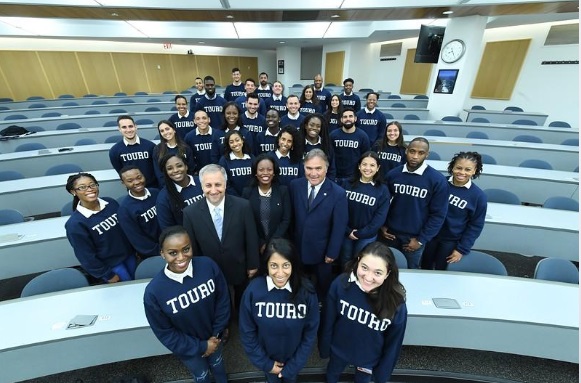 Other factors fundamental to the school’s success in meeting its mission are the support of the TouroCOM-Harlem Community Advisory Board (CAB), which has provided guidance and liaised with the Harlem community to help the school. Among the CAB’s key accomplishments are the establishment of a scholarship fund. Twenty-three students have received scholarships from the fund and other sources.

“TouroCOM has lived up to its mission and goals for our community and made sure that it includes students from every race and especially those from the minority communities,” said Dr. Hazel Dukes, president of the NAACP New York State Conference, and a founder of the Board. “They continue to engage the community through participation in the Greater Harlem Community Chamber of Commerce health programs and the TouroCOM Annual Health Fair.”

TouroCOM also mentors and conducts outreach with minority students from local high schools to instill in them an interest in math and science and to encourage them to pursue and prepare for careers in the health sciences. For its diversity efforts, the school received the Health Professions Higher Education Excellence in Diversity (HEED) Award from Insight into Diversity magazine, and the “Spirit of the Heart” Award from the Association of Black Cardiologists, and the NAACP Mid-Manhattan Community Service Award for increasing the number of underrepresented minorities in medicine.

For further information go to: www.touro.edu