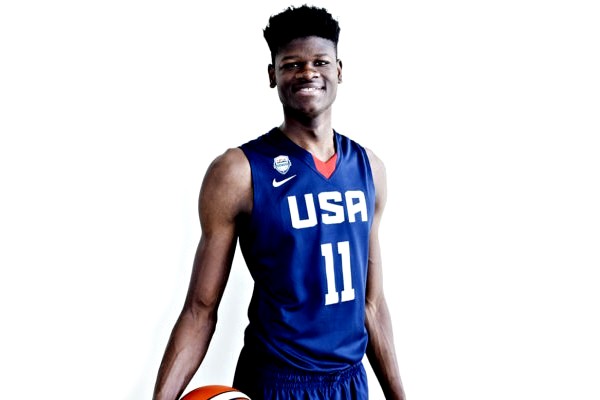 New York City has a long history in producing some of the best talents in the NBA, and Harlem is a part of that network sending potential stars into the NCAA system on an annual basis.

Orlando Magic center Mohamed Bamba was the latest standout candidate from Harlem to head to the big leagues, picked sixth overall in the 2018 NBA Draft.

Last year’s NCAA basketball tournament was canceled as a result of the coronavirus pandemic, per CNN, but who among this year’s class looks ready to explode now the sport has returned?

The Gonzaga Bulldogs currently lead as +300 favorites to win this year’s NCAA basketball tournament come April 5, per Caesars sports betting site. However, there are Harlem talents playing elsewhere in Division I and below who could influence the championship chase, and Harlem World Magazine casts a spotlight on the cream of the current collegiate crop.

The sophomore season has only just tipped off for Caleb Jacobs, who transferred to Northwest Florida after showing great promise in his freshman year at Marshalltown Community College.

The step up in quality is sure to be significant, but the ceiling looks high for Jacobs, a 6’2” guard who’s displayed great athleticism, vision and ability driving to the basket in his young career:

The prospect started in 29 of his 31 appearances for Marshalltown and averaged 12.68 points per game, as well as three assists, averaging a .779 free throw percentage.

What Glen Anderson lacks in size he makes up for in aggression and passion to play, consistently bringing energy to the court in a neatly packaged 5’9” frame.

The point guard ended his high school career at Brooklyn Collegiate as an All New York State select in his sophomore year, when he led the team in assists (8.1 per game) and steals (4.4):

It’s somewhat unfortunate Anderson’s college, Maryland-Eastern Shore, opted out of the 2020-21 NCAA Division I season due to COVID-19 concerns, but his determination and outlook put him in good position for a strong comeback.

Another Harlem native adjusting to a new school this season, 6’6” Mohamed Diallo is still waiting on his breakout opportunity for a more prominent role at Stony Brook in the America East Conference.

The junior has made double-digit appearances in his first Division I season working under head coach Geno Ford, who clearly saw potential in a player who impressed for Northeastern Junior College last year:

Diallo’s numbers may be down considering he started 30 games from 30 as a sophomore, but he’s part of a program with promise and should get more chances when roster space frees up in his senior year.

What’s not to love about a Harlem-born forward making his Division I basketball debut after averaging more than 25 points per game in his sophomore year at Northwest College last season?

That’s the story for 6’2” Kyle Brown, who didn’t play in a program his freshman year but more than made up for that absence with a breakout year in Powell, Wyoming:

Brown scored with roughly half his attempt from the field last season and shot .826 from the free-throw line, giving the Kansas City Roos a potential gem when they decide to