Top Food For Football Lovers From Harlem To Harare 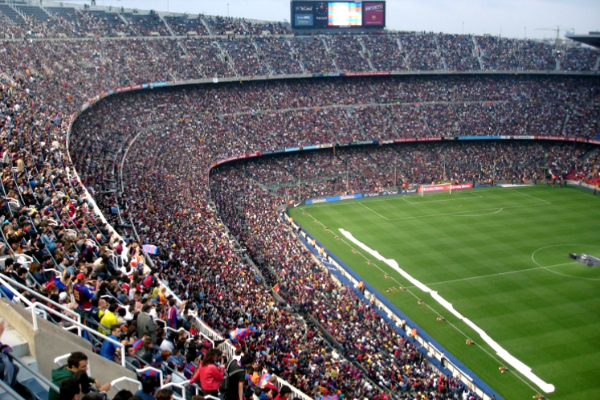 The main fans start football betting during the global championships or visit stadiums to cheer their favorite teams. To make games more engaging, they prepare food. Yet, meals are different in different countries. Here are the most popular football snacks in the USA, Japan and South Africa.

It is easy to guess that fans in the USA love burgers, fries, and all kinds of sandwiches. That is traditional American fast food. Yet, this country has its own national meals for football.

It so happens that the preferences of fans here change from state to state. Apparently, the size of the country is affecting.

For example, in Arizona, fans prefer to support their favorite team, while chewing a peculiar hybrid of a Mexican quesadilla and Italian pizza called cheese crisp. Chicago loves hot dogs, and Buffalo citizens adore chicken wings, deep-fried and soaked in cream sauce with red pepper. For the latter, there is an invariable serving option – with celery stalks and blue mold cheese sauce.

In general, the taste preferences of American fans can be divided into four conditional groups. You can meet fans of hot dogs and hamburgers, fans of Mexican snacks (nachos and quesadillas), connoisseurs of meat and poultry (chicken wings, chops and pork ribs). Lots of people prefer a variety but simple snacks such as chips, nuts, fried shrimp or fries.

Japan is one of those countries, where zealously follow their traditions. Thus, it is almost impossible to meet the world’s usual hot dogs and chips at the stadium. But football fans will not stay hungry here.

But this is for the amateurs. For those who want to eat quickly and easily, there are many other dishes. Most often, it is chicken and seafood.

For example, yakitori is fried pieces of chicken in sweet and sour sauce on a skewer. By the way, in some Japanese regions, the same name is given to kushiyaki, similar dishes made of pork, beef, fish, and seafood. Another popular chicken dish is karaage. These are pieces of chicken fillet, marinated in a soy-ginger sauce and deep-fried.

At stadiums, you may often find unusual snacks for such a place. It is possible to eat green pea pods, rice chips, sausages with ketchup or mustard (but without the usual buns). Football fans also like crushed ice, poured on top with syrup.

Football fans from South Africa are meat-eaters. To quench your hunger during the game of their favorite team, they will surely be meat dishes and snacks. This includes all kinds of sausages and chops.

One of the most favorite snacks for all occasions is biltong. It is a South African type of dried meat. It is mainly made of beef. Yet, there are also other types of meat, such as ostrich, antelope or buffalo meat. The meat is cut into thin slices, marinated in vinegar with salt, brown sugar, coriander and black pepper, then dried for a few days in special cabinets or outdoors.

African fans also do not mind having a snack and fast food, including hot dogs, burgers and pieces of spicy chicken in spicy sauce.